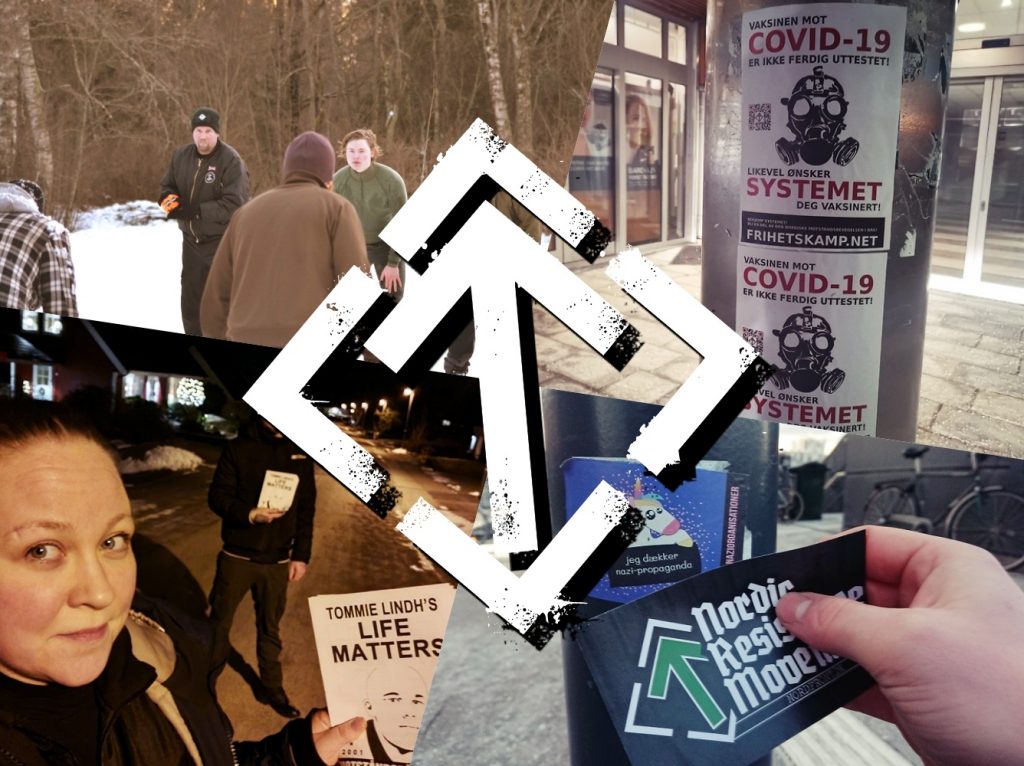 Members and activists met in Borlänge on 23 January to conduct a banner action, displaying a “Mass Immigration: A Ticking Bomb” banner to passing motorists on the E16 road.

After a mixture of both cheerful and negative car horn beeps over a couple of hours, as well as someone victory hails from drivers, the group went to a park to play a little snow rugby together.

A sympathiser put up stickers around the Knalleland area of Borås on the evening of 21 January.

All residents in the village of Sjunnen received a leaflet from members of the Resistance Movement in their mailboxes on 25 January. 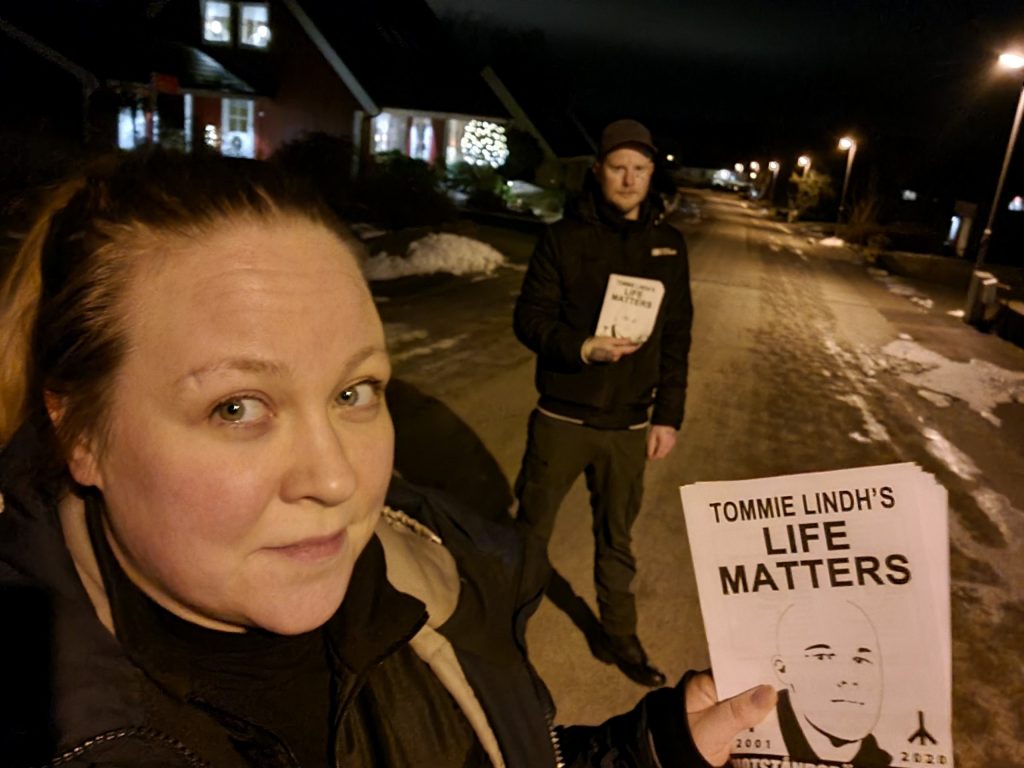 Leaflets were delivered to postboxes in Smålandsstenar early on Tuesday morning. 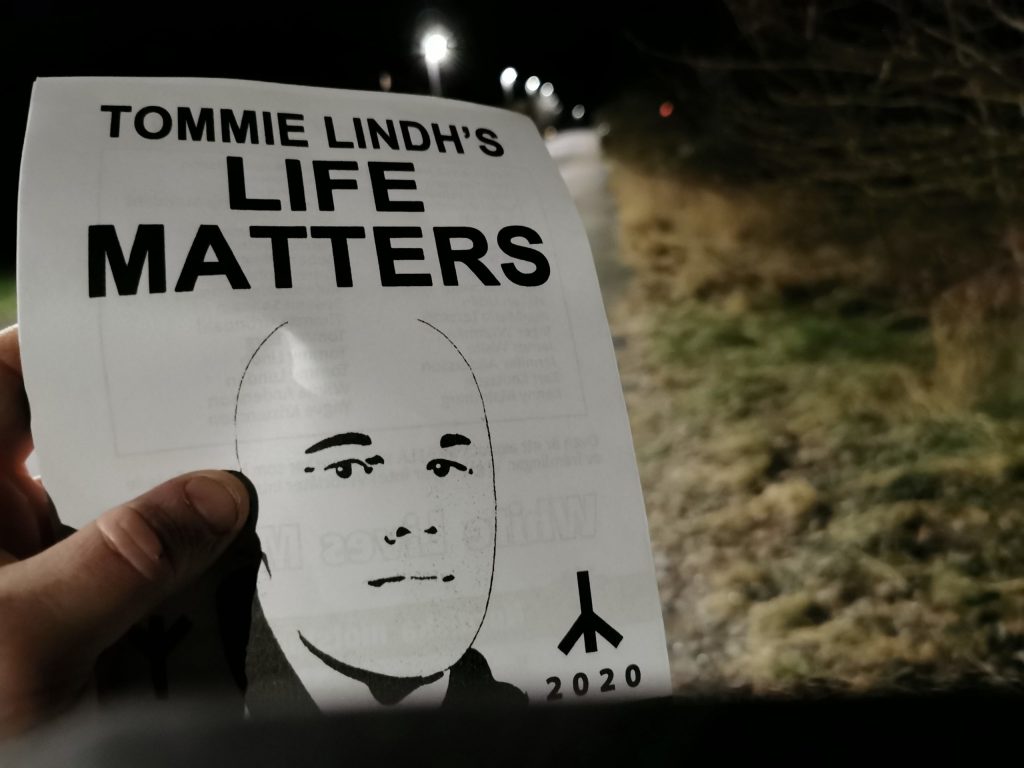 Members and sympathisers in Eskilstuna held a study circle on 27 January. Point 1 of the Nordic Resistance Movement’s party programme was read and discussed. 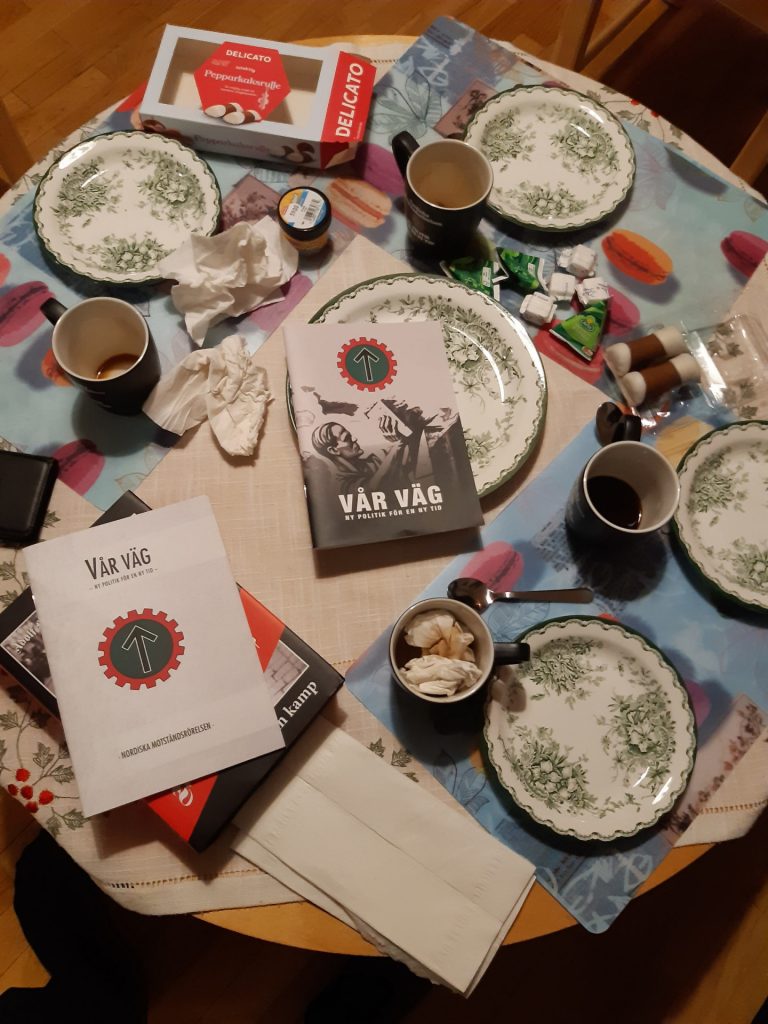 A study circle for activists and members in Nest 2 was held on 28 January. Discussions during the evening focused on how multifaceted the Nordic Resistance Movement is, as well as the importance of acting on several levels at once.

Hundreds of leaflets were distributed in Lödöse on 19 January. The action passed without problems, with many residents curious as to what was put in their letterboxes.

On 30 January, Nest 2 members took advantage of the weather to spread some useful information. Residents who were out and about were handed leaflets, with very pleasant conversations ensuing. 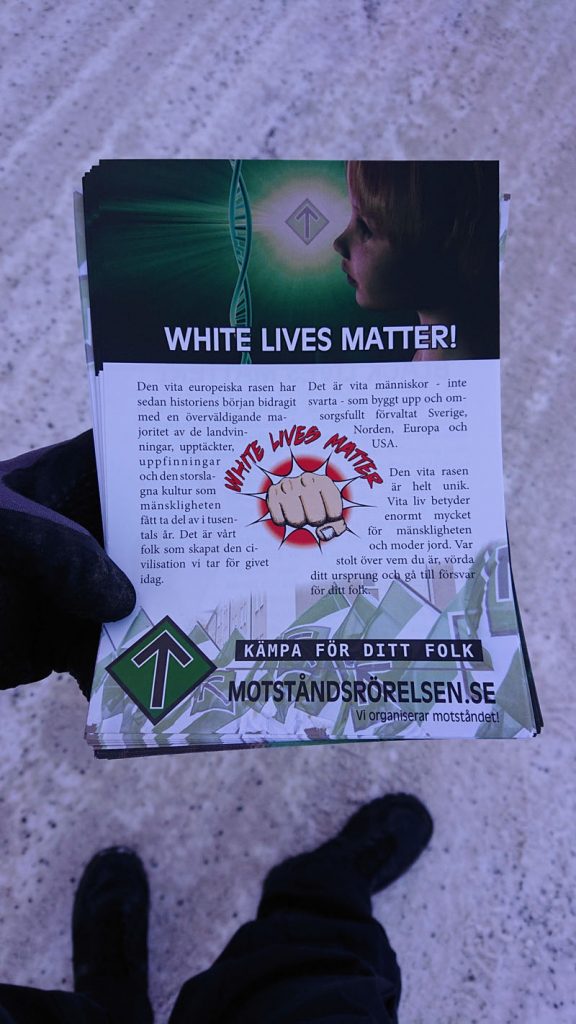 Propaganda and spraying stencils were produced in Nest 7.

Parts of Nest 1 put up a large number of posters in Halden with information about the potential dangers of the Covid-19 vaccine.

Nest 1 activists put up posters in Sarpsborg over several days.

“The holocaust is a hoax” activism

Posters and banners with the message “The holocaust is a hoax” were placed in Randers, Horsens and Hadsten.

Activists put up posters in Aarhus ahead of an anti-lockdown protest by the “Men in Black” group.