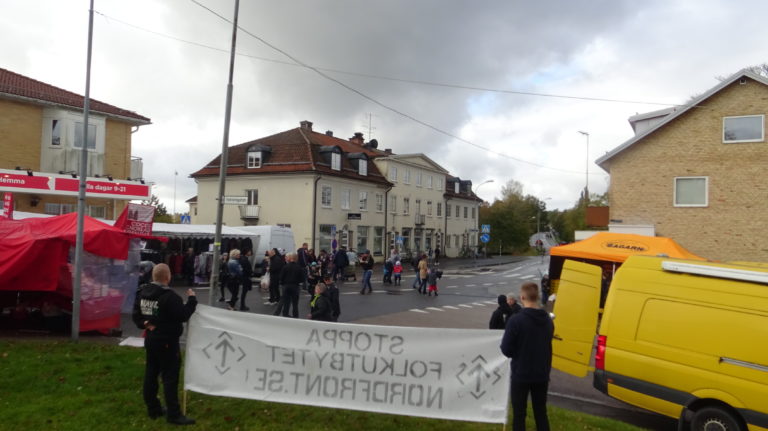 The activists began by marching through the whole market to make people aware of the Resistance Movement’s presence. They then took their positions with a “Stop the Population Replacement” banner at one of the few spots where there was still space and started given out leaflets.

It didn’t take long before an unsavoury fellow who called himself “the market general” came over to the activists and demanded money for them to stand there with their banner. When the “general” didn’t receive any money, he went on his way and was not seen again.

Lots of people took leaflets or were eager to talk politics with the activists. Some of them were particularly glad to see the Resistance men. 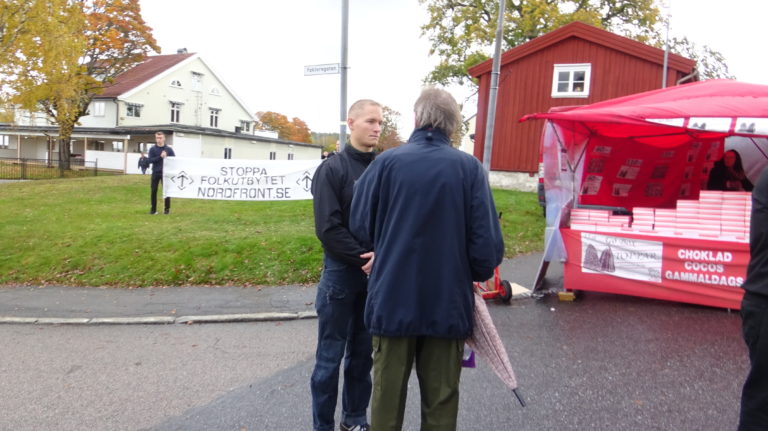 The conversations continued at a rapid pace before it was time to conclude the activity after a little over two hours.

On the way back to the cars, a gang of around eight youths followed the activists for a fair distance. These youths, with questionable upbringing and unsightly appearance, were not at all happy that the Resistance men had given out leaflets at the market. They showed their dislike of healthy opinions and beliefs by screaming that they “love Jews” and “hate Nazis”, as well as by pointing fingers at the activists. They also didn’t like being filmed and responded in an immature manner by showing their fingers again.

Once back at the cars, the activists ended the day’s activity, satisfied with another successful day under the sign of the Tyr rune. 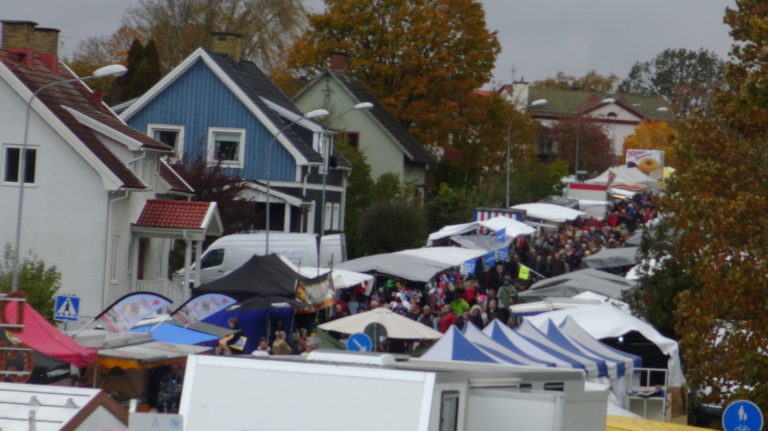 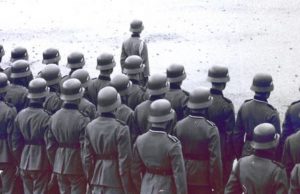