A sympathiser placed a large number of stickers in central Borås on 26 October.

The training began with boxing combos, with a focus on ducking incoming punches and countering. Instead of concluding with sparring as usual, the group trained in self-defence against knife-wielding opponents. This was a popular addition which will be included as part of the group training in the future.

In connection with the week’s training session, Member Group 2 from Nest 5 delivered over 600 leaflets to households in northern Karlskoga.

A large number of posters were placed in central parts of Linköping on Wednesday, 28 October. 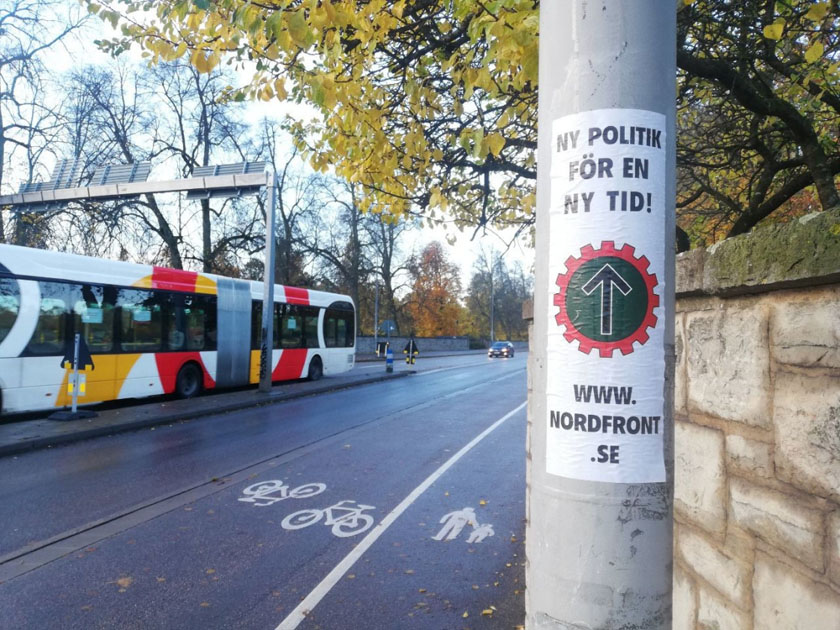 Leaflets were delivered in the countryside outside Vetlanda on Tuesday, 27 October. 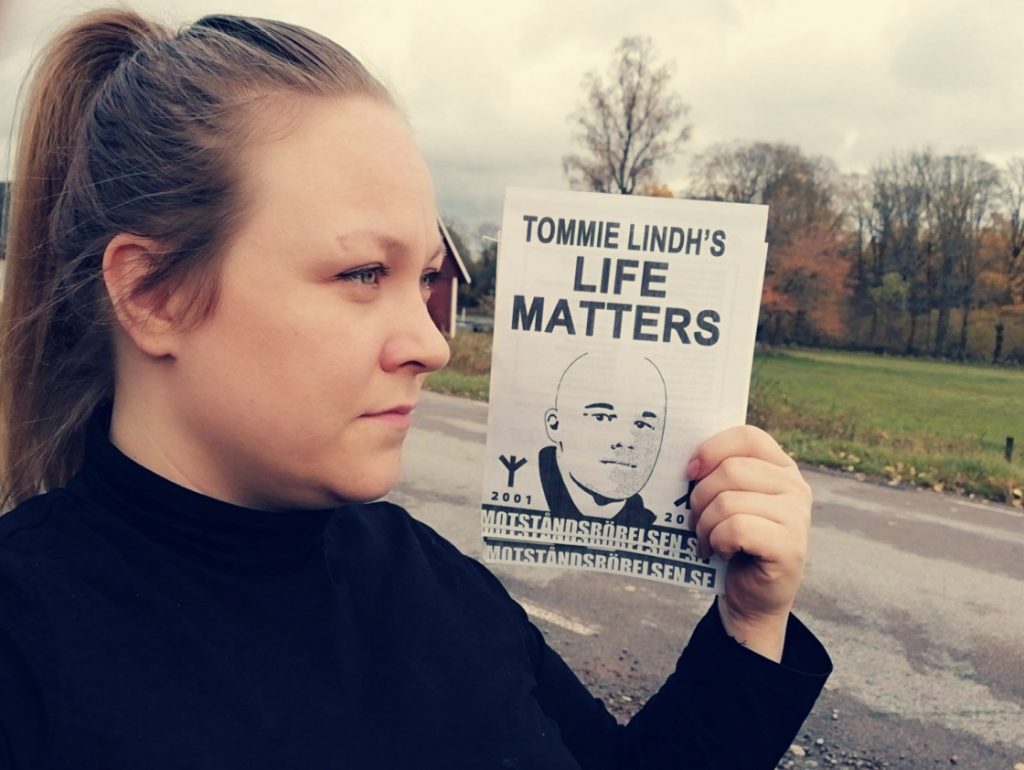 The production of banners and printing of leaflets continued in Nest 7 at the end of the week.

Members delivered leaflets in Vättersnäs, Jönköping Municipality, on the afternoon of 28 October. 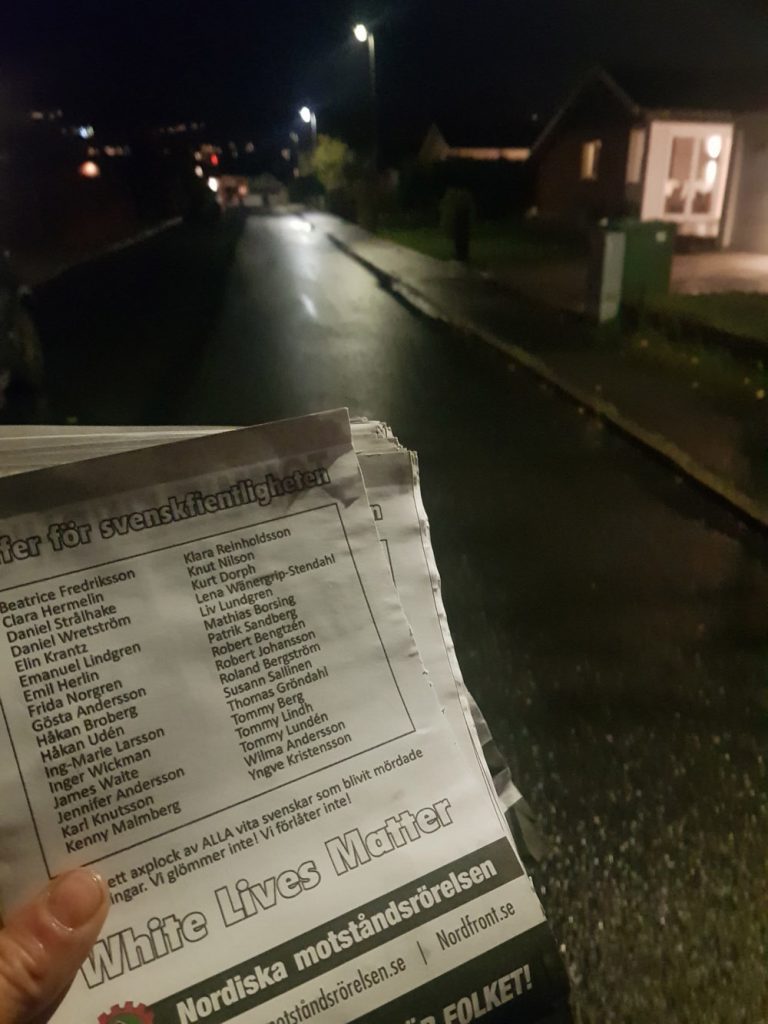 On 25 October it was time for the monthly meeting in Nest 3. The meeting began with speeches, followed by group meetings. Afterwards a three-course meal was served. For the starter, the attendees were served Toast Skagen, which was followed by a main course of salmon with sauces and potatoes. The cooking group had put in extra work by curing and smoking the wild salmon themselves. For dessert, there was apple pie with custard.

After the good food, the members of the Nest performed music and sang. Homemade consumable goods were also sold during the meeting.

Members of the Nordic Resistance Movement’s Västerås group and members of Det Fria Sverige met to train in martial arts on Sunday, 25 October.

This time the focus was on kicking and sparring, with the session concluding with basic training in self-defence with knives.

Everyone from the less-experienced participants to the more experienced felt it was a productive and pleasant Sunday morning.

Members from Member Group 3 in Nest 2 went out to deliver leaflets in Ljungkile on Saturday evening, 24 October. Hundreds of leaflets were distributed, and a large number of stickers were put up.

Nest 1 delivered leaflets and placed posters in the north side of Hønefoss. 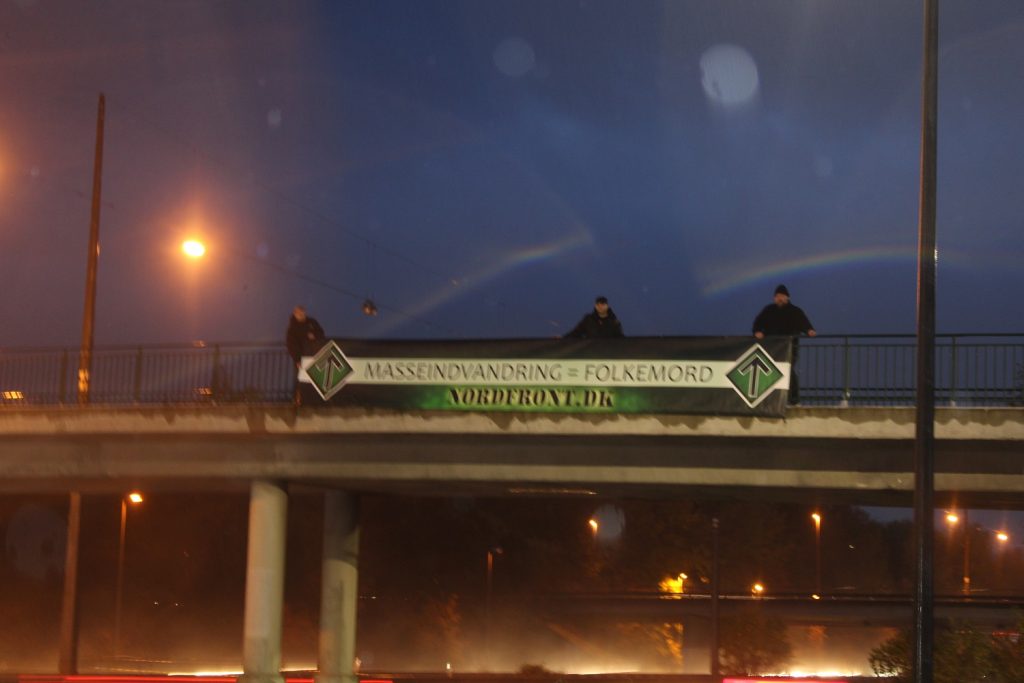 Members distributed stickers in the centre of Reykjavik at the weekend.