ACTIVISM. The Nordic Resistance Movement in Uddevalla went out to spread the message of National Socialism to the town residents. 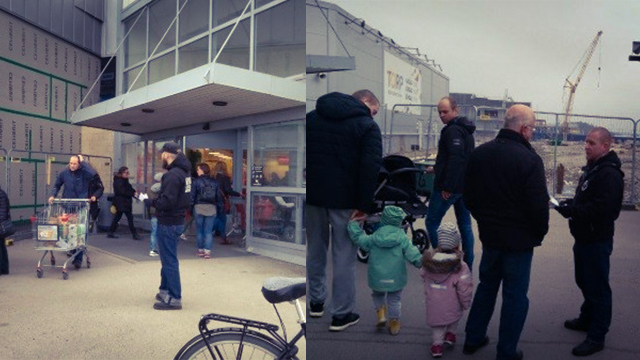 Activist group 203 gathered at the “Torp” shopping center in Uddevalla on Saturday the 30th of March. The activists positioned themselves near the biggest entrances with a leaflet specially made for Uddevalla.

The leaflet and its message, regarding the increase of crime and violence in the streets of Uddevalla as well as the political changes that the Nordic Resistance Movement demands, were happily accepted by the majority of the people. Many leaflets were distributed and one man was especially happy to receive one and hailed the coming victory.

A woman who didn’t like the activists’ presence stared angrily at some of them and shouted “Shame on you all”. But she never bothered to explain what the activists should be ashamed of.

The Nordic Resistance Movement’s activism has become a noticeable presence in the everyday life of the residents of Uddevalla, which has led to a growing number of sympathizers as well as people applying for membership. 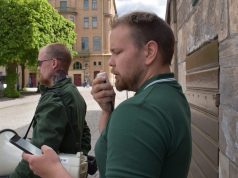