ACTIVISM. On Saturday the 23rd of March comrades from Nest 2 and Nest 5 joined forces for a public activity in the towns of Säffle and Åmål. On the same day, members distributed leaflets to residences in both areas.

The first activity took place in central Åmål. A good number of activists and members positioned themselves with flags and leaflets in three locations where there were a lot of people and commenced the activity. 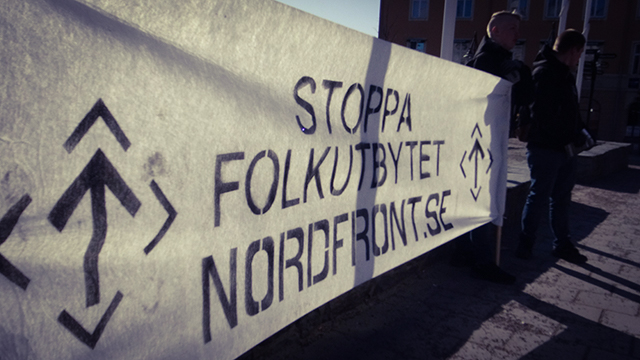 Overall the people of Åmål were very positive to the Nordic Resistance Movement’s presence, barring some individuals who clearly didn’t like freedom of speech. One of them was the manager of the local food market “Ica” – Susanne Enell – who used the store’s Facebook page to firmly distance herself from the Resistance Movement’s presence and politics.

The store manager expressed her great sorrow in her Facebook post by deploring the fact that the activists had the constitution on their side and thus could not even be fined! Later, in the same post, Susanne chose to praise “everybody’s equal value”. According to her, the idea of “everybody’s equal value” cannot in any way refer to matters such as freedom of speech, however, and definitely does not apply when it comes to members of the Resistance Movement. 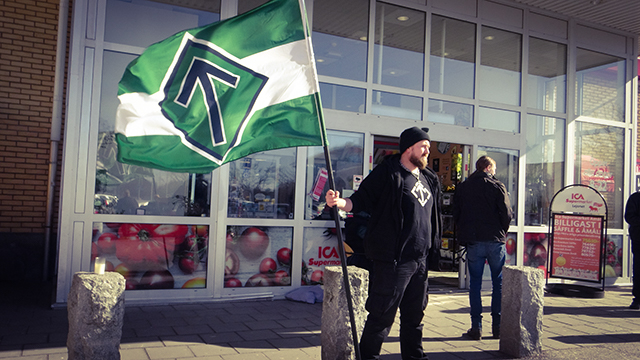 A good number of people chose to express their support for the Nordic Resistance Movement and their dislike for Susanne’s statement in the comment section of the post. Later the same day, the irritable Susanne succeeded in blowing the whole episode out of proportion in an interview with news channel P4 West.

Despite all the “drama” only two police cars appeared a couple of times. The police had no interest in speaking to us, however, and were satisfied by watching the activity from their car. After a couple of hours of discussions and consensus with the public, the activity ended and the participants headed towards Säffle. 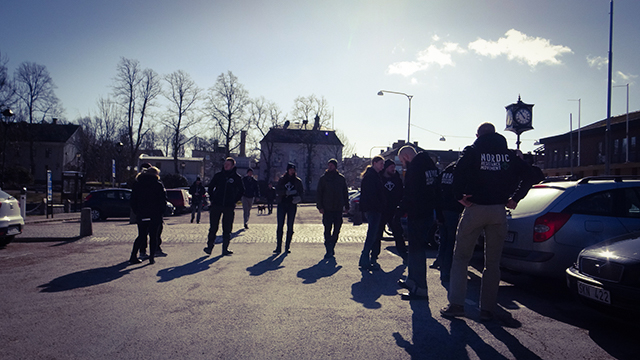 In Säffle the activists positioned themselves in two places, at the square and near a food market. People were positive here as well, and in both places some of those who received leaflets said they would definitely apply for membership in the Resistance Movement. One of them had been thinking about it for quite some time and intended doing it as soon as he got home.

While many people were accepting leaflets, a car full of youngsters drove laps around the square. They took leaflets, gave the thumbs up and played many different types of nationalistic music in their car in order to show their support for the Resistance Movement. 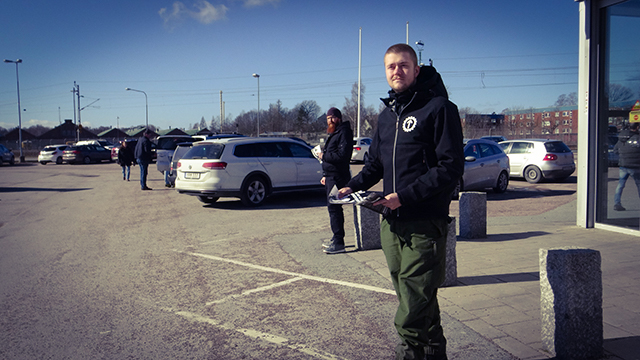 About an hour later the day was concluded and everybody was happy with the cooperation of the two Nests. More men and women will join the fight after today’s activity and more common activities between the two Nests are to be expected.