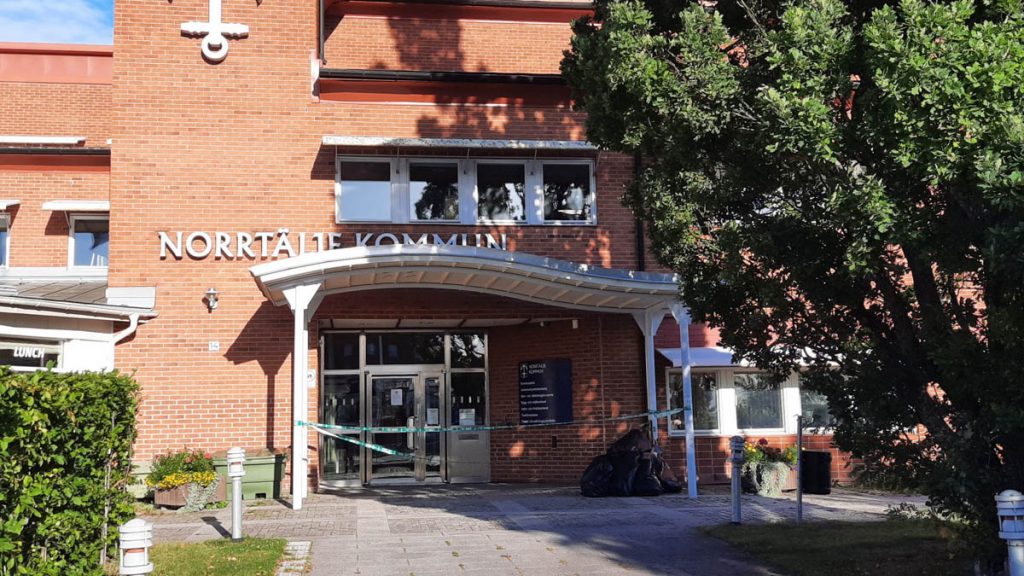 Comrades from Nest 1 conducted some community activism in Norrtälje Municipality on Saturday 5 September. Residents of the municipality noticed that the woods next to the Svanberga bathing area had been subjected to substantial littering over recent months. Two abandoned caravans had been left at the bathing area, and piles of debris were dumped some distance away. The police have been informed of the situation but claim there isn’t anything criminal to investigate. The municipality hired a company to clean up the bathing areas, but they have also proved to be incapable of acting. Despite extensive contact with the municipality and police, the people of Svanberga have received no help at all, and the caravans and rubbish have remained.

As National Socialists, the protection of nature is one of our main priorities. Therefore, as no one else seemed to care about cleaning the forest, the comrades decided to do it themselves. When the Resistance men arrived in the area, the caravans were still there, and near them lay recently dumped timber and several metal ladders. Additionally, the forest had been littered with all sorts of general rubbish, mostly beer bottles and large quantities of planks with protruding nails. 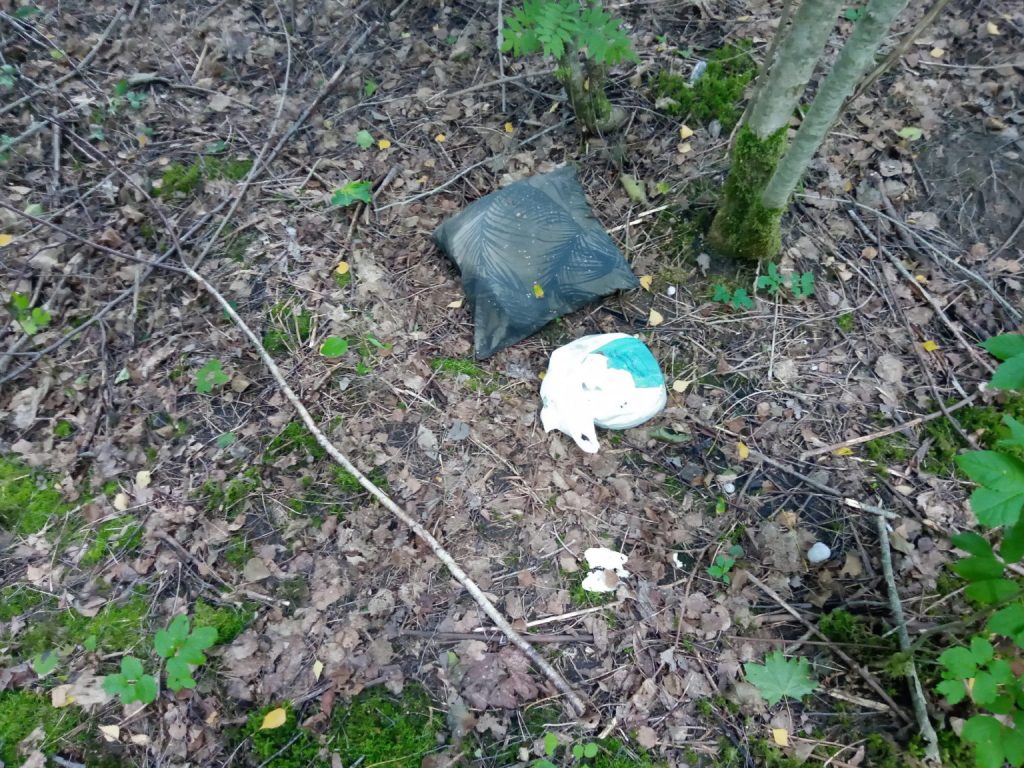 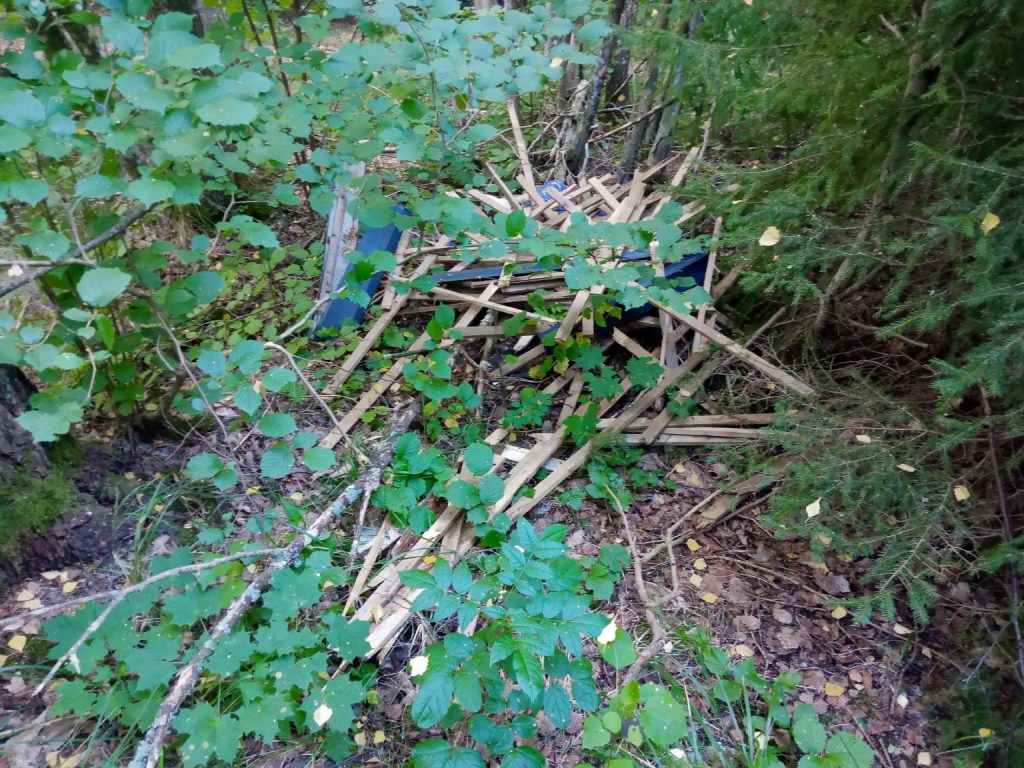 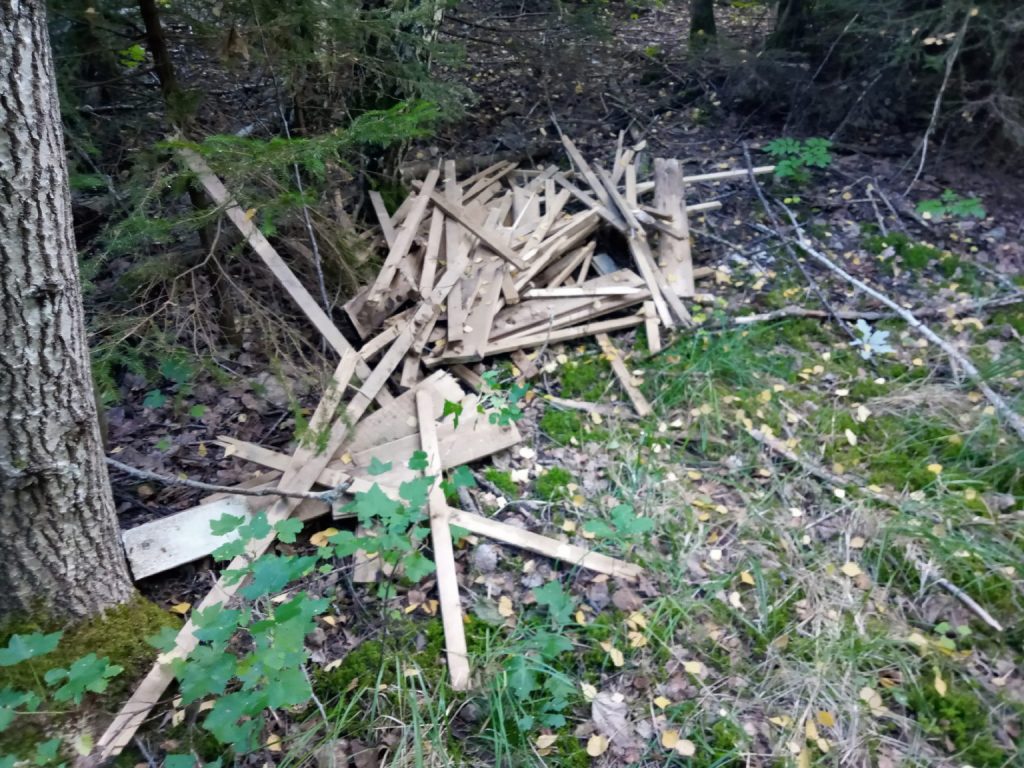 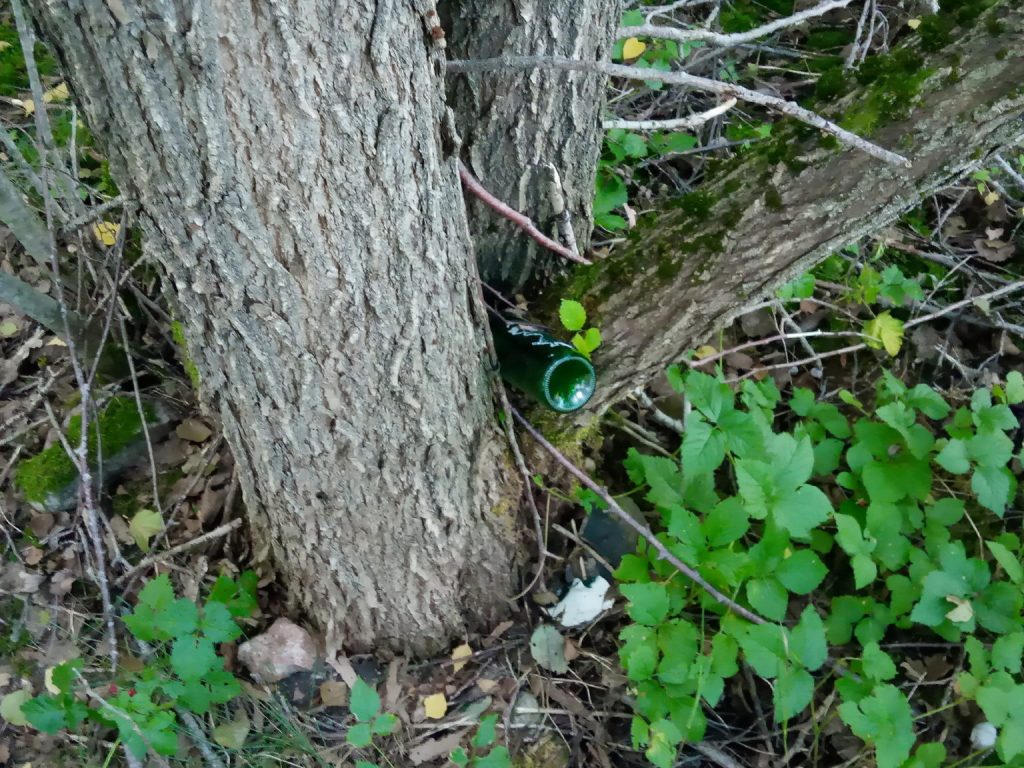 The comrades proceeded to start the clean-up, and with a large stock of black bin bags and a little hard work, the area was restored to its natural state in a relatively short time. The cars were now full of rubbish, and the comrades knew there was only one suitable place to dispose of it.

Just a few minutes’ drive away stood Norrtälje’s town hall. The comrades parked outside the building and carried all the rubbish bags to the entrance. Warning tape was put up around the bags, and a message was affixed to the door. 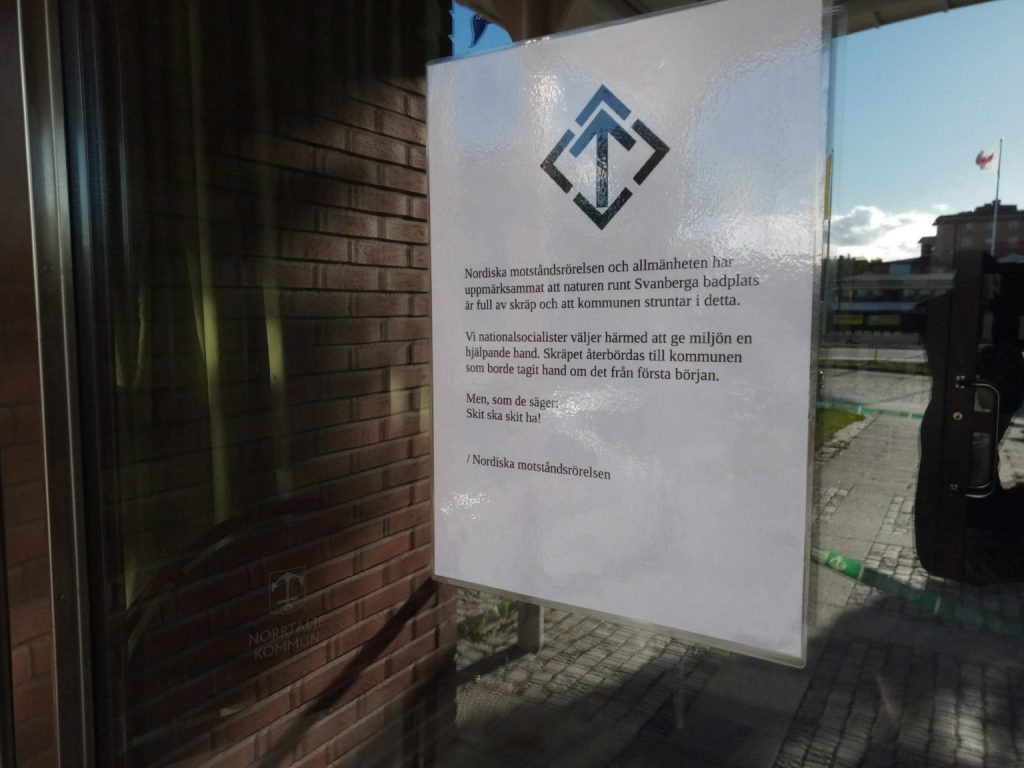 The Nordic Resistance Movement and the public have noticed that the countryside around the Svanberga bathing site is full of rubbish and that the council doesn’t care.

We National Socialists have decided to give the environment a helping hand. The rubbish has been returned to the council, which should have dealt with it to begin with.

But as they say: Trash deserves trash! 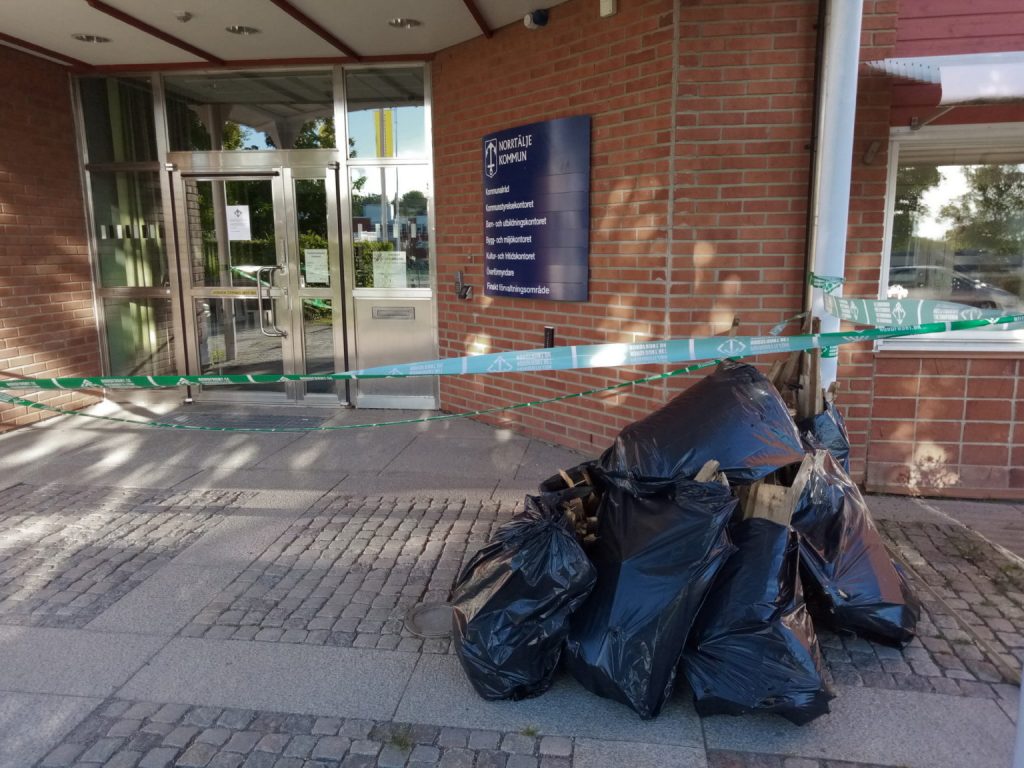 On Monday morning the local newspaper wrote about the action and quoted a councillor who said that the council “didn’t see the action as a threat”. However, this didn’t stop the police being called. The police spokesman said it was difficult to decide offhand if a crime had been committed, but added the following:

If there were an explicit threat against an individual ethnic group, that would be something that’s covered by the law. Then we would be involved immediately, as that’s not permitted. In the case of the rubbish bags, it’s a little less clear.

It should be noted that the rubbish was left to lie in the forest for several months, but it wasn’t even in front of the town hall for two days before it was removed. The council clearly only care about keeping their own house clean, but thanks to the Resistance men the countryside has now been restored to its natural state. The action can be seen as successful, as the local people had their area cleaned, and the municipal councillors displayed their indifference towards the people whose interests they’re supposed to uphold.

The two caravans are still standing next to the bathing area for now, and the council will likely not pull their fingers out and do anything about them in the near future. If nothing happens soon, it’s possible that the Resistance men will return and do something about that problem as well.

Day by day, the liberal democracy proves its total incompetence in solving even the simplest of problems in society. But despite this, the terrible system we’re forced to live under today is extolled by politicians, journalists and even regular people. It is time for the people to wake up and realise that the bureaucratic hell in which we live only serves to bleed the poor dry so the rich can become even richer.

Join the Nordic Resistance Movement if you want to work for a better future for the sake of your children and grandchildren!