ACTIVISM. Nest 8 has a visitor from Italy teach them a thing or two during an intense martial arts training session. 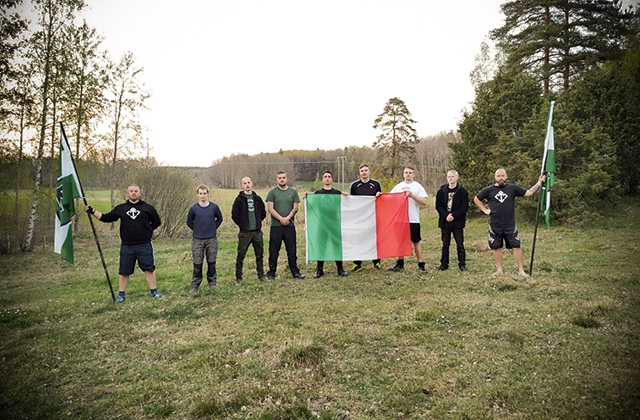 The 30th of April activist group 801 was in Flen for a training session together with Italian comrades. The session was held by one of the Italian comrades, who has experience as a MMA instructor back in Italy and the session included technical parts as well as sparring.

Group leader Linus Blomqvist described the training and the visit by the Italians in a recent episode of the Swedish podcast “More than Words”:

“It was a very nice training session, it was interesting to have someone from abroad come and train with us and teach us new things. This guy has previously trained members of other fascist movements back in Italy. He also left an analysis of our movement and our members before he left.

He was very impressed with our organisation, the level of discipline that we have and all of our guys, both big and little. When we were training martial arts he punched all of our activists firmly in the face, everyone brought up their guard and continued to press forward. He said that this was unique, he had never trained a group like this before. Usually there is always someone who backs down, but here, no one did. Despite the difference in size, this guy being quite a sizeable man.

He commented on how we conducted our demonstration on the 1st of May, how well organized our security forces were, they discipline of our shieldwall and flag carriers. Even though he did not understand what was said during the speeches, he was impressed of the energy they had and it moved him.

He also commented on smaller things like the hospitality of Niklas Yngwe and his family, Nest chief of Nest 8 and the warmth and camaraderie that he had felt among our comrades.

It was very nice to hear these things coming from an Italian, an outsider, it is easy to take for granted, but we have managed to build quite an amazing movement. That in this sick time that we live in, we have a radical national socialist movement that is this big and growing. And that is very impressive.”

Everybody performed well and warmed up for the upcoming 1st of May demonstration. The training session was concluded with a walk to the lake were most of the comrades, including the Italians, took a chilling bath in its waters. 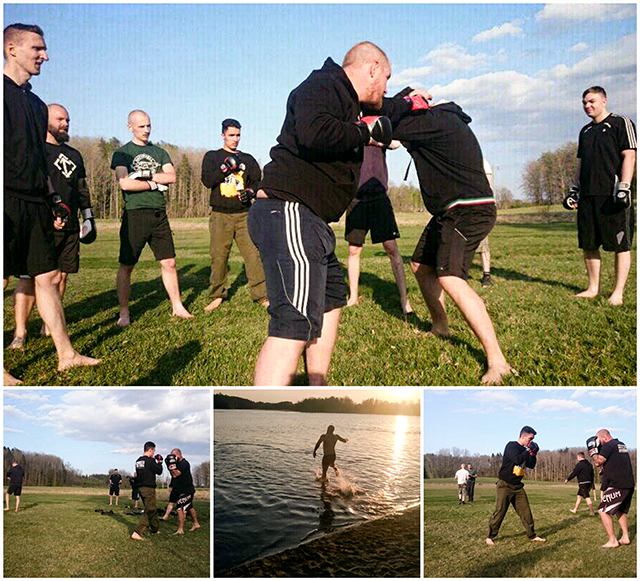