RESISTANCE MOVEMENT. The Resistance Movement comments on the extremely serious act of betrayal committed by Jimmy Thunlind in a newly released documentary series. 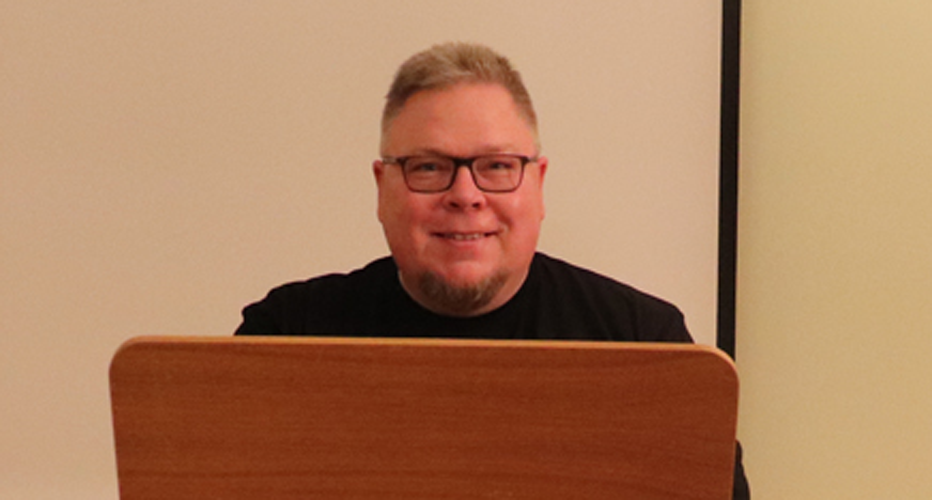 In the first episode, Thunlind is interviewed as a representative of the Resistance Movement and is positive about the organisation, but in the last episode he defects from the Resistance Movement in front of the cameras and then does his best to counteract and damage the nationalist movement – something he hopes to make a career of in the future, according to his own comments on social media.

Even though Thunlind appears not to have caused any real damage with his actions, his attempts are extremely dangerous and may constitute the biggest public betrayal of the nationalist movement in Sweden in modern times.

In the documentary series, he states that his reason for leaving the Resistance Movement is that the organisation “promotes violence” and that he does not want to participate in obtaining “hand grenades, plastic explosives and assault rifles”. According to Henrik Evertsson, who created the series, Thunlind also said that he and other Nest Chiefs were ordered to blow up various media buildings around the Nordic countries in 2020. Evertsson revealed that this claim was edited out of the production as it sounded “too unlikely”.

This official reason given by Thunlind, wherein he attempts to present himself as a kind-hearted and chivalrous figure who wants to warn the public, differs greatly from the reasons he gave internally, away from the camera lens, and even more so from the real underlying reasons for his defection.

One of the reasons he gave to the leadership of the Nordic Resistance Movement was that he did not approve of a directive he received several months ago, which related to exercising his right to self-defence. This apparently did not sit well with the supposedly pacifist Thunlind, who, shortly after defecting, was publishing images that appeared to “promote violence” on social media.

However, the most important reason of all, according to Thunlind, was that the organisation’s leader, Simon Lindberg, directed some criticism towards him a few days before he left the organisation. This related to a challenging physical activity in Nest 8 that only two people attended. Lindberg said to Thunlind and other Nest Chiefs that it was “particularly unfortunate that Nest 8, which is otherwise incredibly well-functioning and exemplary, did not manage to get more than two people to show up” and wondered if this was the national leadership’s fault, Thunlind’s fault or if it was due to a temporary lack of morale in the Nest, or some other reason entirely.

This made Thunlind hopping mad. The insinuation that this could be his fault, out of several conceivable possibilities, was something he took very seriously.

The fact that Thunlind could not accept any kind of personal criticism was something several other people in the organisation had previously experienced. Anyone who had the slightest personal criticism of Thunlind’s work over the years ran the risk of being regarded as his enemy.

One thing Thunlind never mentioned as a reason, but which very likely contributed strongly to his decision, was his great love of alcohol. After drinking so much that he didn’t turn up to a meeting he himself had organised, and after an activist had to take care of his daughter when he lay unconscious due to alcohol poisoning, Thunlind was given an ultimatum on his drinking.

He was told he had to choose between being sober for the rest of his life and being excluded from the organisation. Not long after, he resigned, and the very next day after he made this known, several people in the organisation received phone calls from a noticeably intoxicated Thunlind. His craving for the poison was simply too strong – so instead of being kicked out, he chose to leave and come up with other excuses, rather than admitting it was about a longing for alcohol that was so great he sold out the future of his family and his people.

Another aspect of Thunlind’s treachery worth highlighting is that this is not the first time he has acted completely without scruples and has done everything he can to stab his former comrades in the back. In 2003 he appeared on the investigative TV show Uppdrag granskning (Mission: Investigate) as a defected elder of the Jehovah’s Witnesses, speaking about child sexual abuse. Although we agree wholeheartedly that this issue is very important to combat in all contexts, the way he chose to do so was eye-opening. He showed secret documents to the production team and defamed his former brothers and sisters – all to direct attention to his own grandiose personality and attempt to appear to be a better person than he really is.

However, Jimmy Thunlind is not a good person. He is a liar and an alcoholic who clearly has narcissistic personality traits. A man who never hesitates to use lies to defame those to whom he previously pledged allegiance. A snitch who happily provides information to the secret service, knowing it could facilitate harassment of his former comrades. A man who drinks himself unconscious while having sole responsibility for his young daughter. A man who values the spotlight, along with alcohol, more than anything else in the world. 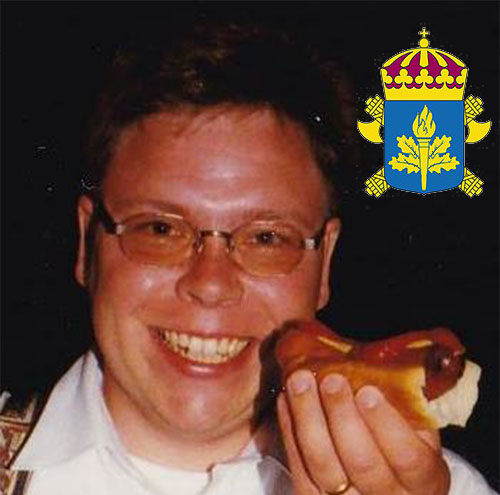 So how could this substandard person climb the ranks of the Resistance Movement hierarchy to become a public spokesman for the organisation? We have been in contact with Simon Lindberg to ask some questions about the matter.

How was Thunlind able to become a public representative and Nest Chief for the Resistance Movement?

Well, that’s the big question, and of course it’s easy to be wise in hindsight. It’s also easy for me to say now what others in the national leadership can verify as having been the case for a long time, which is that I never fully trusted Jimmy, and it was with reluctance that I let him become a Nest Chief.

In the vacuum that arose after the coup attempt in 2019, when the then Nest Chief for Thunlind’s Nest disappeared together with the deputy chief, there were not a lot of options to choose from. Thunlind was a capable writer, a decent speaker (although overly theatrical, in my opinion) and in some respects at least he had already demonstrated good leadership qualities. He was also very active and had a lot of time to invest in the organisation.

Combine this with the fact that he exploited the situation like the opportunist he proved to be, together with his ability as an actor, and that’s how things turned out the way they did. Of course, I didn’t know then about all the negative things that have emerged since, such as his previous betrayal of the Jehovah’s Witnesses and the extent of his alcohol abuse. It’s also worth noting that he actively tried to prevent competition within the Nest and dismissed the Deputy Nest Chief without having the authority to do so or consulting with people above him in the hierarchy.

Why have the Resistance Movement decided to make such a detailed statement in Thunlind’s case when we do not usually comment on others who leave the organisation?

Because via his participation in the documentary series Surrounded by Enemies and what he wrote on social media and told the secret service, Thunlind has gone “all in” in an attempt to attack the nationalist movement with lies. It becomes even more serious when you consider that he is still pretending to be a part of the movement in some respects. He is trying to have his cake and eat it, but I don’t think he deserves either.

We have never spoken out like this before, but that is because no one has ever engaged in this level of treason so blatantly before. We are also in possession of additional sensitive personal information about Thunlind that has been provided by people close to him, but for various reasons I have not approved this for release, so we have still held back somewhat.

Thunlind is a traitor with a capital T, and I think it is extremely important that people in general understand that. He is an immoral individual, whose interests are not, and presumably never have been, the well-being of our people, but rather to inflate his own ego.

Do you think we will hear more from Thunlind in the future?

There is a risk of that, yes. This system does not care about honour or truth, but happily promotes a fool like Thunlind and publishes pretty much every word he says without criticism.

Thunlind himself is in his element when he is the centre of attention. However, he should bear in mind that treason has consequences, and every time he defies that mantra, his risk of realising its veracity grows ever greater.