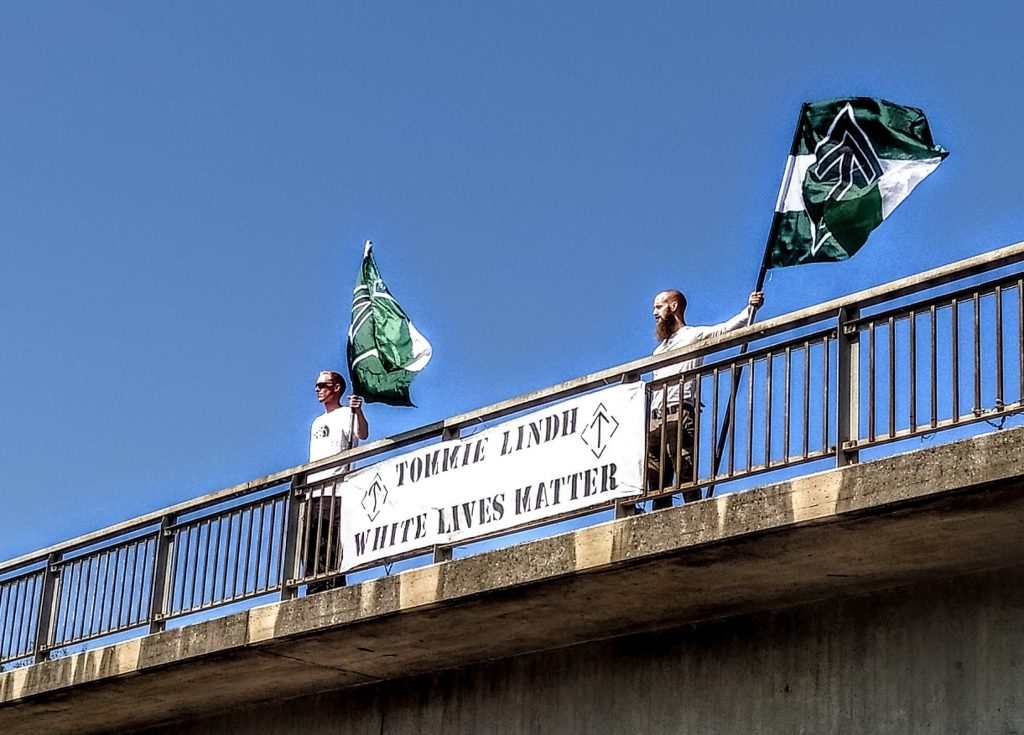 Activists from Nest 3 held a banner activity from a bridge over the E6 motorway south of Landskrona on the morning of Saturday, 15 August. The activists stood with flags and a banner reading “Tommie Lindh – White Lives Matter”, which was seen by over a thousand drivers.

The weather was sunny, and the activists – like the majority of drivers – were positive and in high spirits. Throughout the day, they received varied reactions, including car horn beeps, waves and “victory signs”. 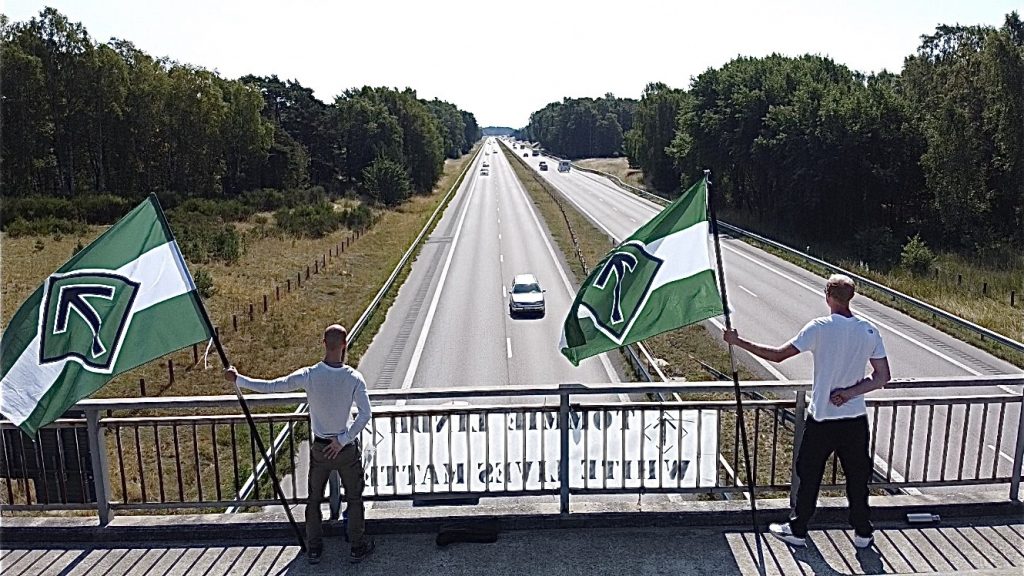 Earlier in the summer, the Resistance Movement held numerous activities under the banner of White Lives Matter as a response to the anti-White protests and anti-White violence taking place the world over. This included all the nests in Sweden honouring the victims of multiculturalism across the whole country.

After an hour and a half, when the activity was about to end, the police arrived to register the opinions of the activists; however, they met with little success.