ACTIVISM. Nest 5 recently conducted an activity outside Kyrkskolan school in Ludvika. The activity was arranged following a serious assault committed by Somalians against a Swedish schoolgirl.

Kyrkskolan has had safety problems for a long time. In 2017 the school was temporarily closed after an immigrant came to class armed with a knife. The assault on the schoolgirl was previously reported on by NR Dalarna. 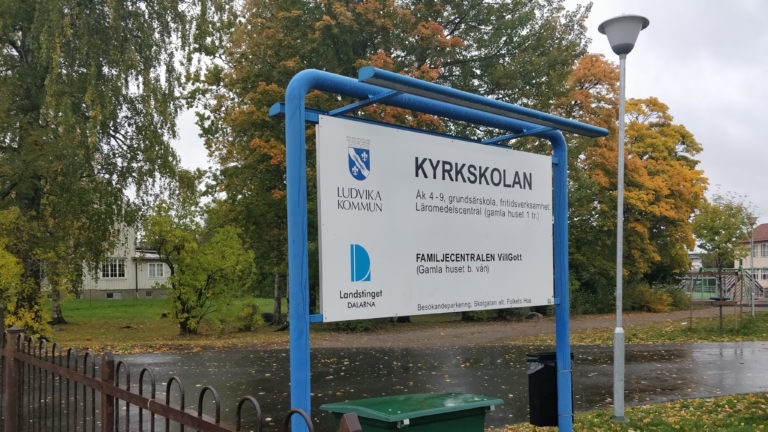 What did you do today?

We conducted an activity outside Kyrkskolan school in Ludvika. We stood with a banner and two flags; then I held a short speech.

Why was the activity held?

The cause of today’s action was the brutal attack on a girl at the school by a gang of Somalians a few weeks ago.

The activity went more or less as we thought it would. There were a lot of people about when we arrived, and many curious onlookers came out onto the schoolyard to see what was happening. The teachers acted as expected and started chasing people into the school, and after a while you could see that the blinds had been pulled down in the classrooms. But we definitely made an impact with the pupils. Some of them even followed us when we left and chatted with us a bit.

Will we see more actions of this type in the future?

I won’t comment about similar actions right now, but there will definitely be more public activities of diverse types in the future.