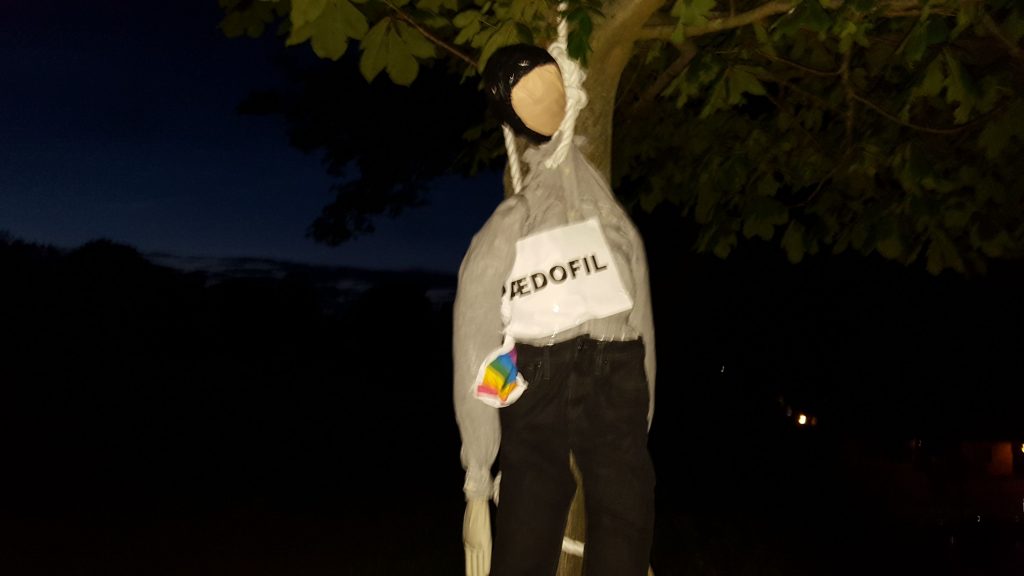 National Socialist activists have once again hanged a man-sized dummy, this time in the city of Fredericia, in protest against the homo lobby. The dummy was hanged with a noose and carried a sign reading “PAEDOPHILE”. A small rainbow flag was hung from its pocket.

This is the third dummy that has been hanged within a short period of time. On the 10th of June one was hanged in Randers, and on the 15th of June another was hanged in Aalborg.

Nordfront received the photo of the hanged paedophile along with a short message:

Death to the homo lobby! Hands off our kids and free us from homo-propaganda in the public space. 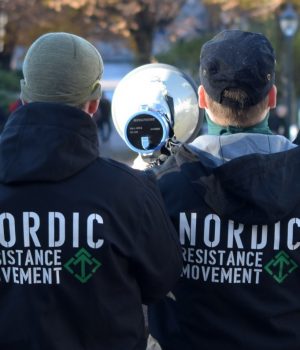