ACTIVISM. Activists from Sweden’s Nest 2 were on the streets of Ulricehamn for a public activity on 29 August. 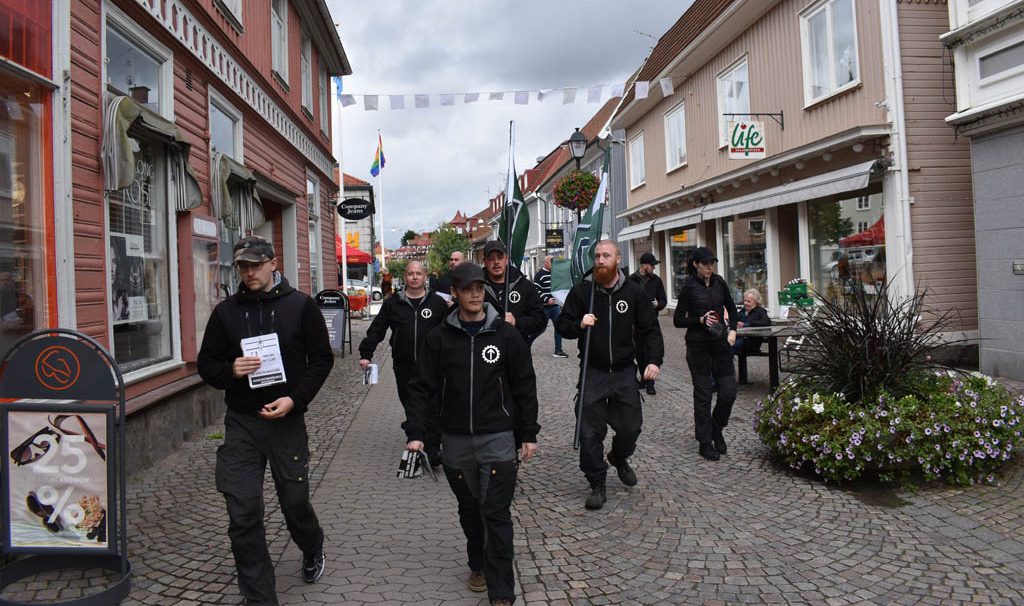 On Saturday 29 August activists from Nest 2 gathered to hold a public leaflet distribution in the centre of Ulricehamn. The activists had learned that some kind of demonstration by the globalist, paedophile-friendly LGBTQP movement was going to be held in the town centre, so naturally they decided to be there. The civilizational poison known as the “LGBTQP movement” will never stand unopposed as long as the Nordic Resistance Movement exists!

Upon arrival, the comrades took their positions with flags in the middle of one of the square’s pedestrian streets, whereupon all of the activists began the leaflet distribution. 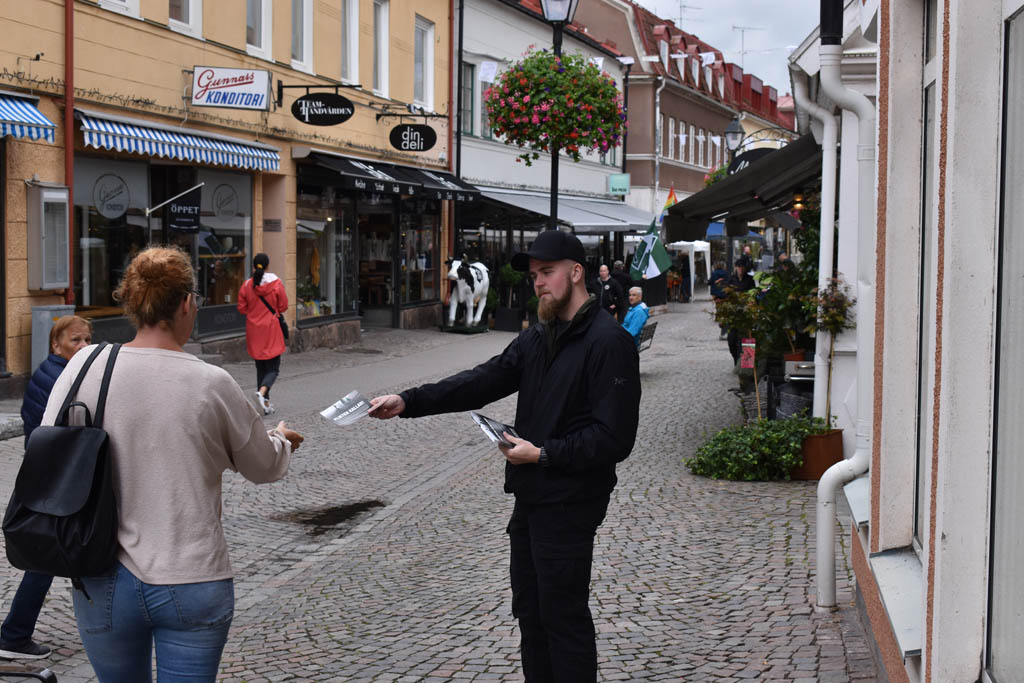 The Resistance Movement’s presence was warmly welcomed by many passers-by, who curiously asked the activists about the reason they were there. Several fruitful discussions were held with interested locals. Even though some people were initially naively disposed, they left with smiles on their faces after having spoken with the Resistance men. 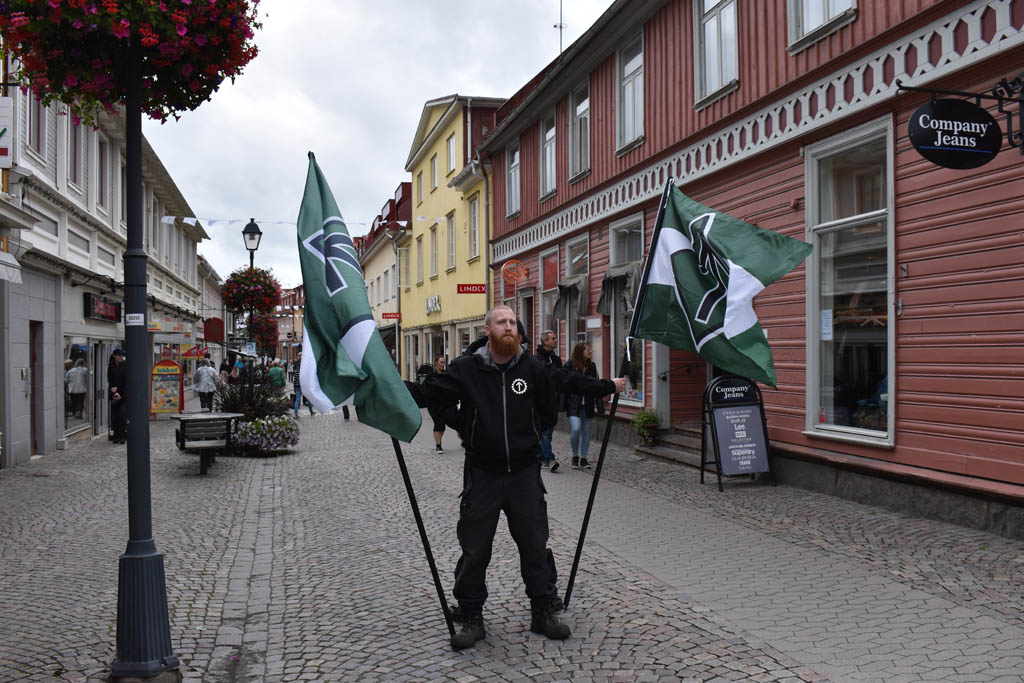 The leaflet distribution continued in anticipation of the so-called “Pride demonstration”, with the leaflets becoming fewer and fewer in number. However, it later transpired that the LGBTQP organisers had changed their plans and cancelled the demonstration due to the activists’ presence. When the Resistance men found out about this fact, they subsequently decided to conclude the leafleting session.

The day was seen as an ideological and moral victory, with the Resistance men spreading the National Socialist cure to the civilizational poison that calls itself the Pride/LGBTQP movement.