ACTIVISM. On Saturday 7th December, members and activists from Nest 2, together with a guest from Nest 5, gathered at the Gekås shopping centre in Ullared, western Sweden, to spread the message of the Nordic Resistance Movement. 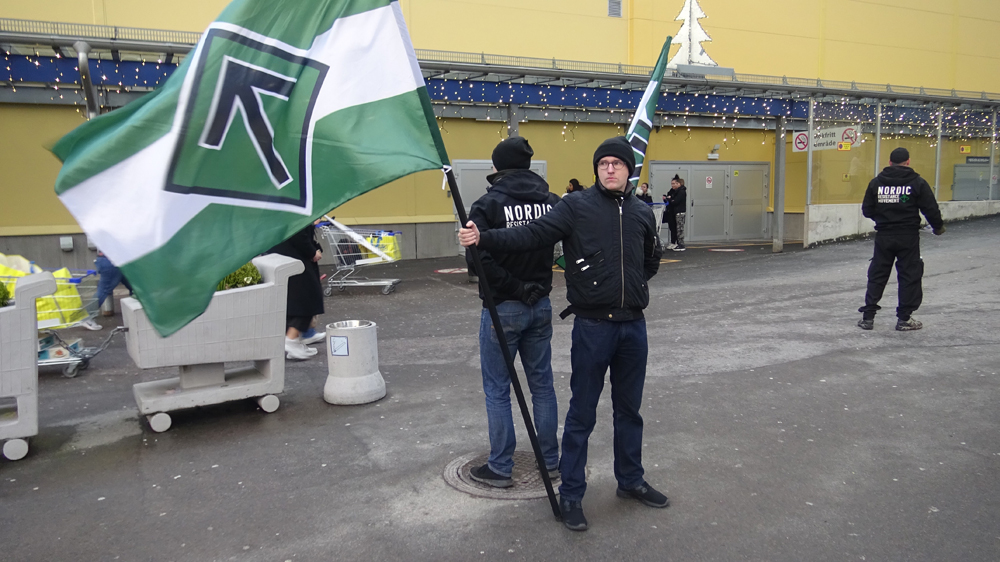 The group set up with flags and leafleters beside the large entrance to the shopping centre. The leaflets were handed out at a fast pace, and the vast majority of shoppers who stopped to talk were positive towards our cause. Some reprimands were necessary when folk traitors spat at a Resistance man, with one trying to knock the leaflets out of the hand of an activist, and one screaming abuse at another activist. After the reprimands, the folk traitors ended up leaving the area with their tails between their legs. 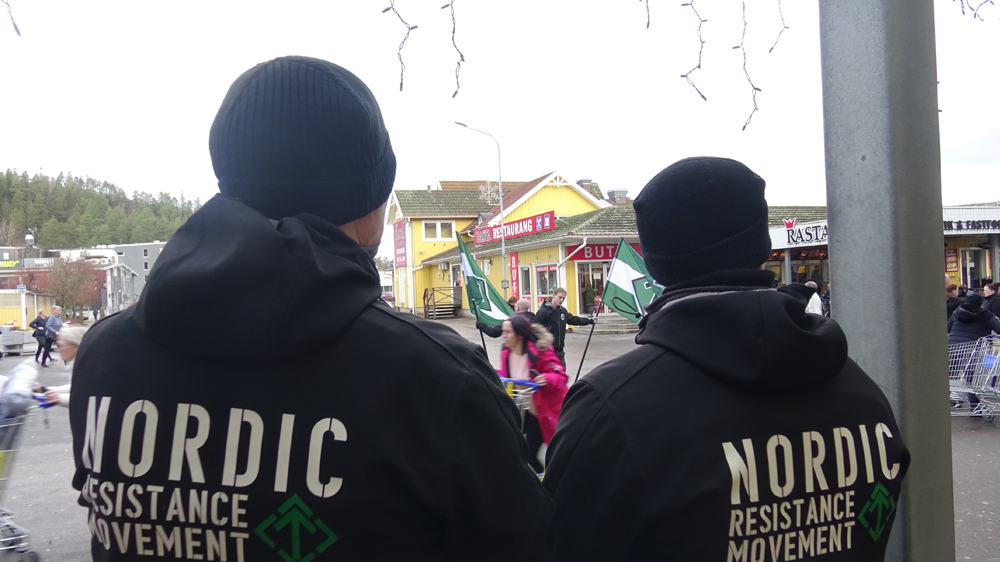 The police showed up as usual to waste the resources they claim not to have and tried to make the National Socialists leave the area. They failed in their task when they eventually realised the activists were standing on public ground. 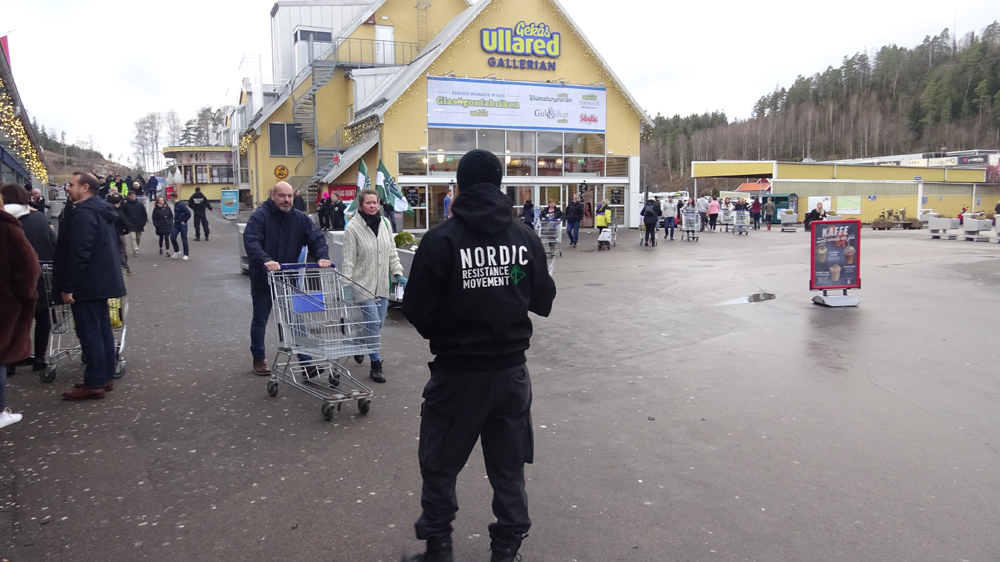 A long discussion took place with a person who said he supports the Resistance Movement’s views 100% and promised to apply when he got home. Overall it was a very successful activity, with many leaflets changing hands and many comments urging us to “keep up the fight!”