INFORMATION. This Saturday a public rally against multicultural violence will be held in Härnösand, Sweden. The event is in response to the murder and rape that took place in the town at the weekend. 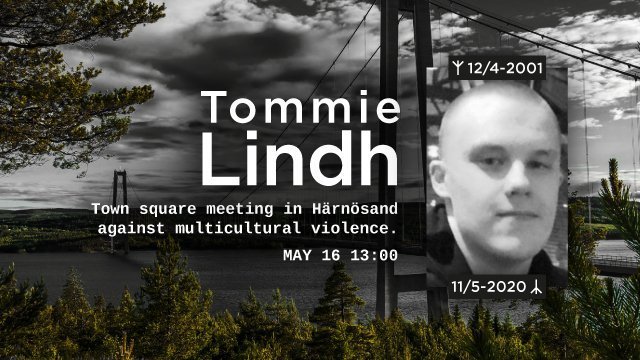 Nordfront has announced that a public rally will be held on Stora torget square in Härnösand, northern Sweden, on Saturday at 1 p.m. The meeting will honour the patriot Tommie Lindh, who was murdered at the weekend after he tried to stop a rape by a racial foreigner.

The rally will include speeches and a minute’s silence. In addition to the information available on social media, the organisers can announce the following: