The day began on Sergel’s Square, where activists stood with a banner as the speaker took his place on the square’s podium. 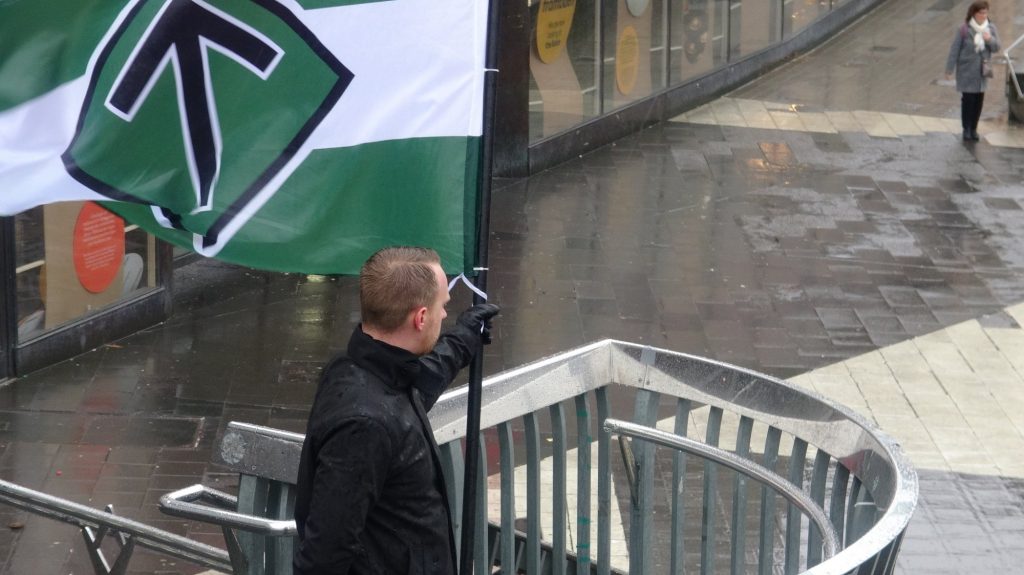 Before the speech began, a megaphone siren drew Saturday shoppers’ attention to the Nordic Resistance Movement’s presence. It was then announced that an important message would be delivered to the public. 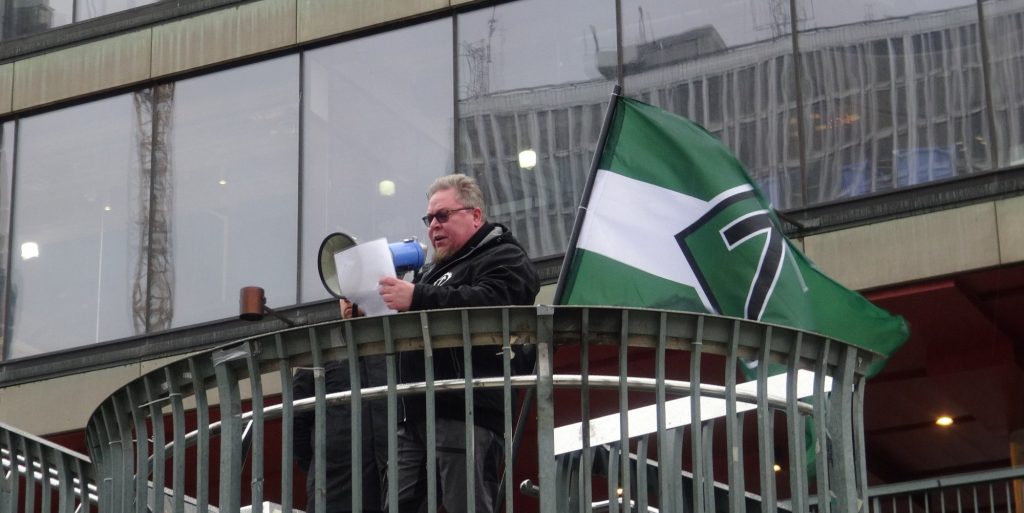 The message comprised the reading of a fictional letter written by Sweden’s parliamentary parties, in which they apologised for the treason they have committed for decades.

We traitors in parliament and the Rosenbad have realised after decades of misrule and treason towards the people that we are nothing more than traitors.

During the speech the police began to arrive on the square. As is usually the case when visiting Nordic Resistance Movement activities, they weren’t suffering from their usual “lack of resources”.

Their presence did not concern the Resistance men, however, and the day’s second speaker soon took to the podium. He delivered a speech that criticised today’s multicultural society and appealed to those who do not do anything about the situation.

How far are we prepared to let it go before we say stop?

How many more shootings and explosions does the apathetic Swede need to experience before he wakes up?

How many more gang rapes and assaults do self-centred Swedes have to watch before they react? 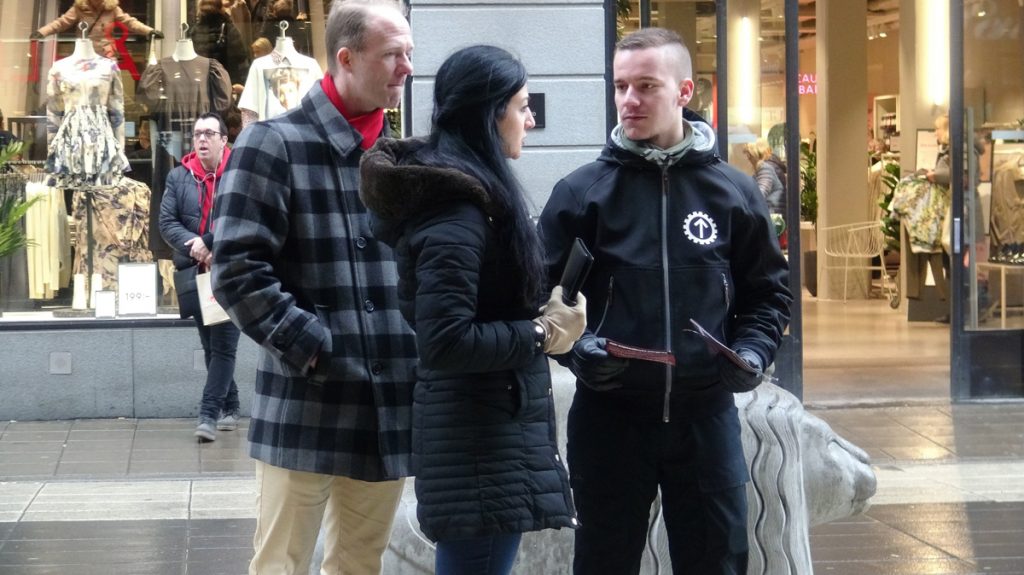 After the speeches, the leafleting continued at several central locations in Stockholm, including Drottninggatan, Mynttorget and Högtorget. 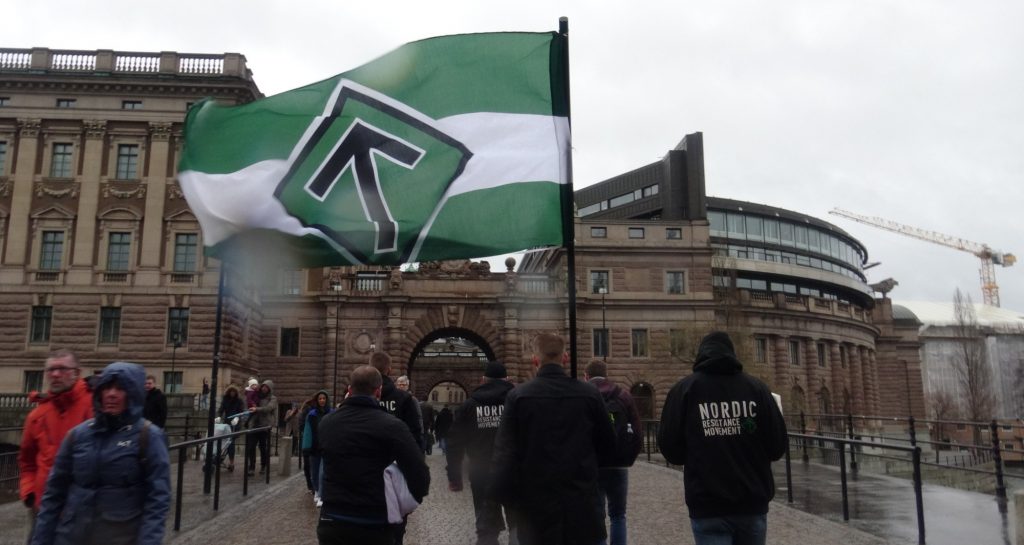 On the way between the various city squares, the Resistance Movement activists walked with the Tyr rune flag held aloft. 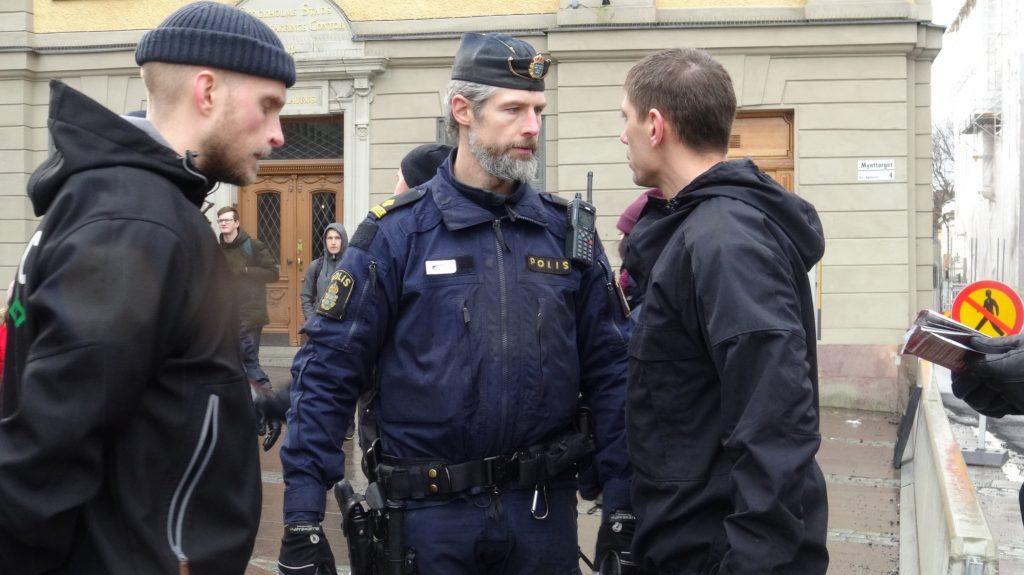 During these relocations, a few left-wingers attempted to mock the activists and push cameras into their faces, but they soon realised that their actions had consequences. The police, who up until this point had behaved acceptably, now revealed their political programming and began pushing and pulling the comrades; however, their attempt at browbeating was also met with resistance. 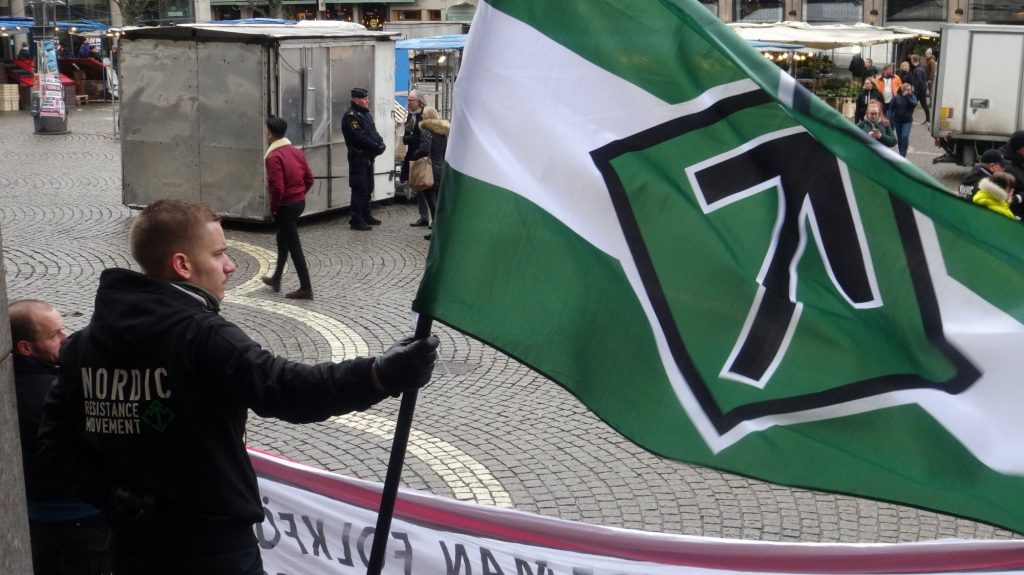 In conclusion, Saturday’s activity was another successful one under the sign of the Tyr rune!