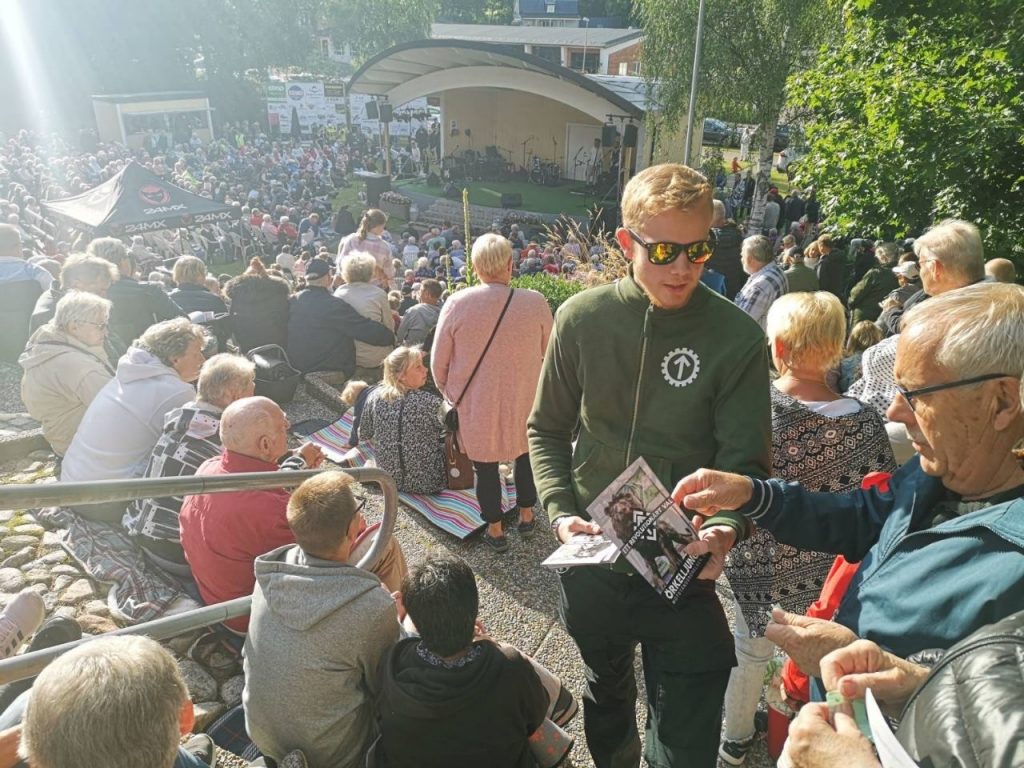 On Friday 15 July, a concert was held in central Örkelljunga that was open to all and free to enter. During the evening, the beloved folk musician Hasse Andersson was set to perform, along with several other artists. The Resistance Movement’s activists arrived on the scene about half an hour before the music began and stood at the main entrance, handing out leaflets. After about 15 minutes, they decided to move towards the stage and give out the leaflets to visitors who were already sitting down. 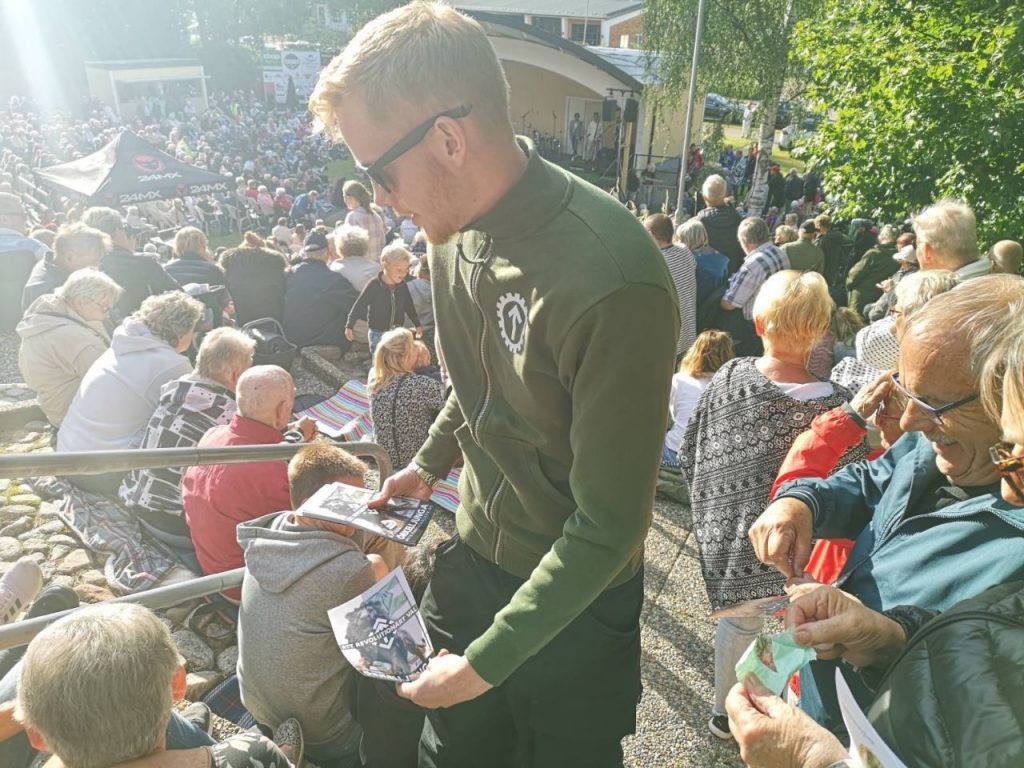 Lots of people accepted the leaflets, with mixed reactions. What was clear, however, was that the Resistance Movement’s symbols and aesthetics are well-known in Örkelljunga, thanks to all our activism conducted in recent weeks, as well as the vicious lies about the organisation from Helsingborgs Dagblad. 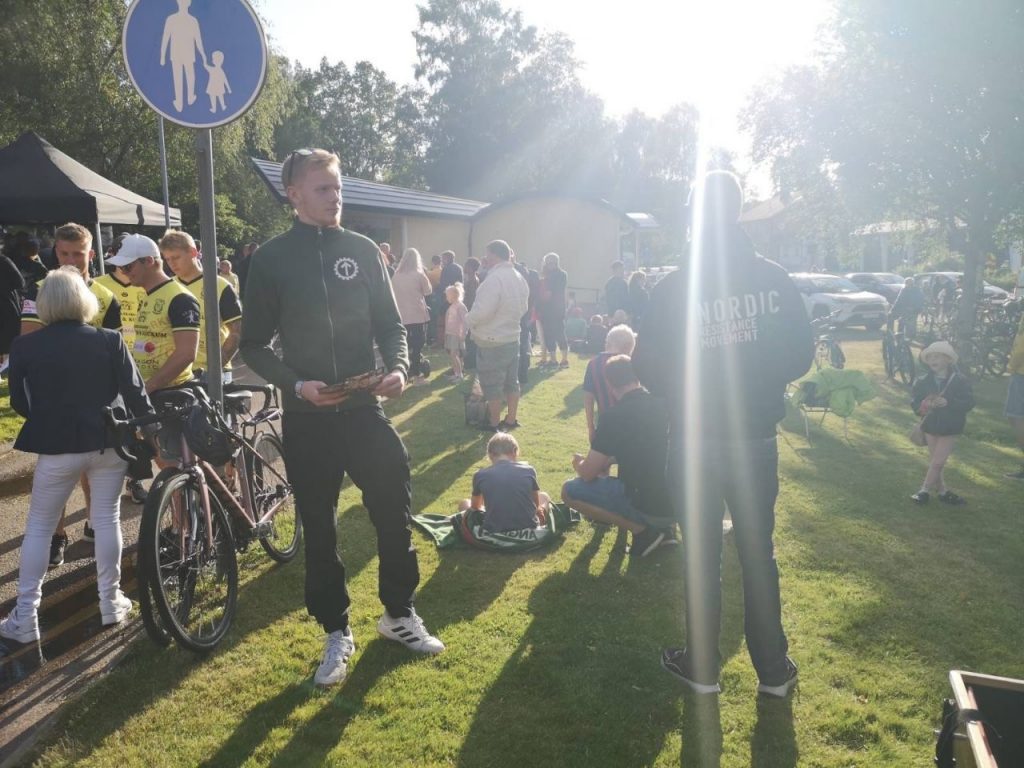 After about an hour of music and spreading National Socialist propaganda, the comrades went on to leaflet car windscreens in the car park to ensure no one missed the opportunity to make a revolutionary choice by voting for the Nordic Resistance Movement this autumn.