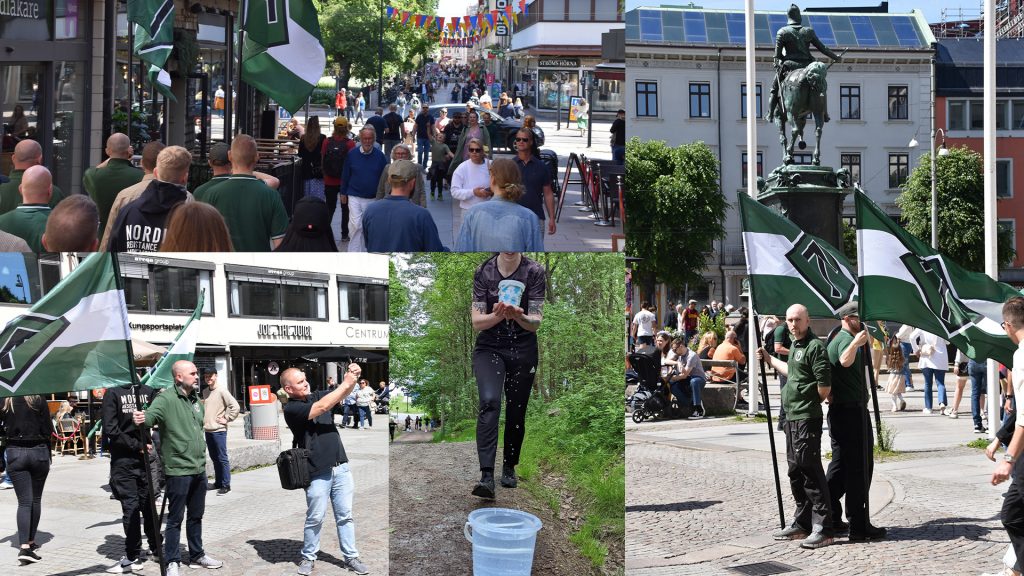 Members and activists of the Nordic Resistance Movement began the day by gathering in brilliant sunshine outside Gothenburg for a rundown of the agenda by the organiser. He explained the day would be very similar to a regular leaflet distribution in central Gothenburg; however, there would be one key difference.

Due to the Resistance Movement’s persistent and diligent work in responding to the garbage Left and the police’s stupidity and attempts at violence, these anti-White forces have in many cases disappeared from the streets or simply left us be. As there was no competent resistance, the organiser decided we would simulate it ourselves to keep the activists on their toes.

The activists were divided into pairs, with orders not to leave each other’s side under any circumstances until the activity was over, no matter how unnecessary it felt to go somewhere together. Positions in the group, locations and exact times for moving on during the day were announced, and the comrades headed into the centre of the city. 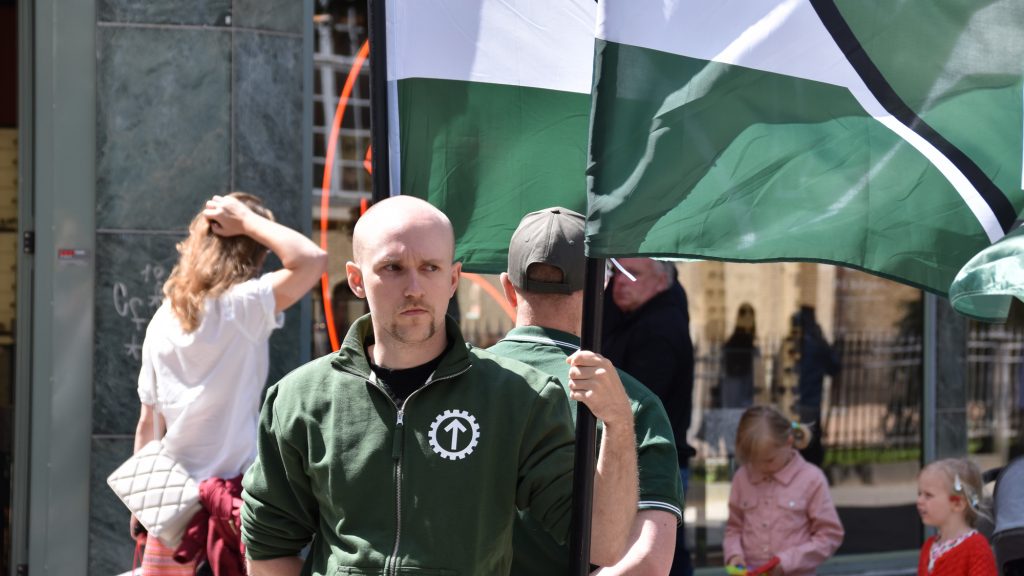 The activists immediately lined up and got into formation, walking towards the first destination for the day, Gothenburg Cathedral. There they stayed for a pre-determined duration and gave out leaflets to passers-by with good results, before lining up again and, without exchanging a word to one another, departing at the designated time. 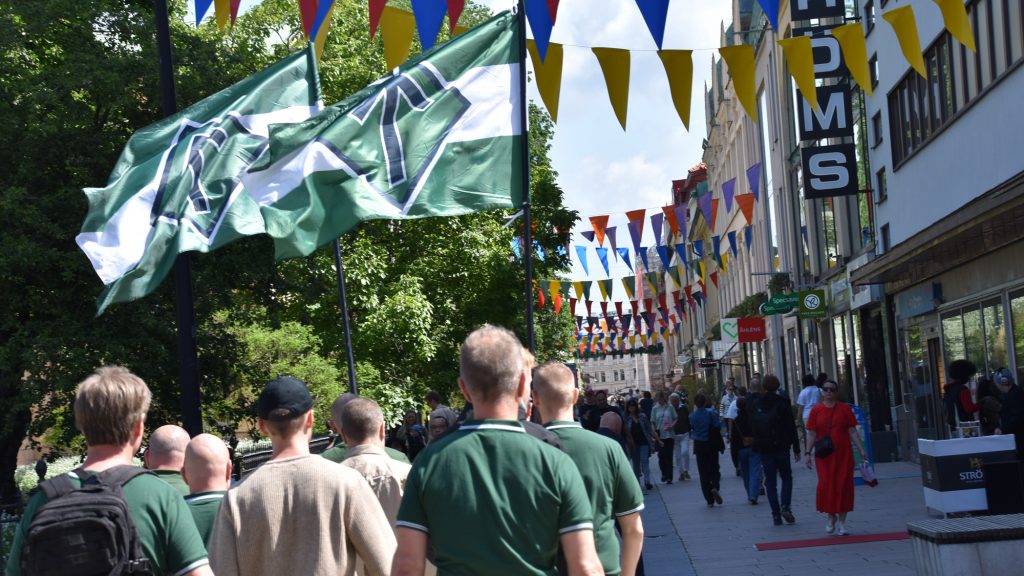 The next stop for the day was the statue known locally as Kopparmärra at Kungsportsplatsen. Upon arrival, the same procedure that had taken place at the cathedral was repeated – the flag bearers back to back in the centre, flanked by leaflet distributors, security personnel and media. 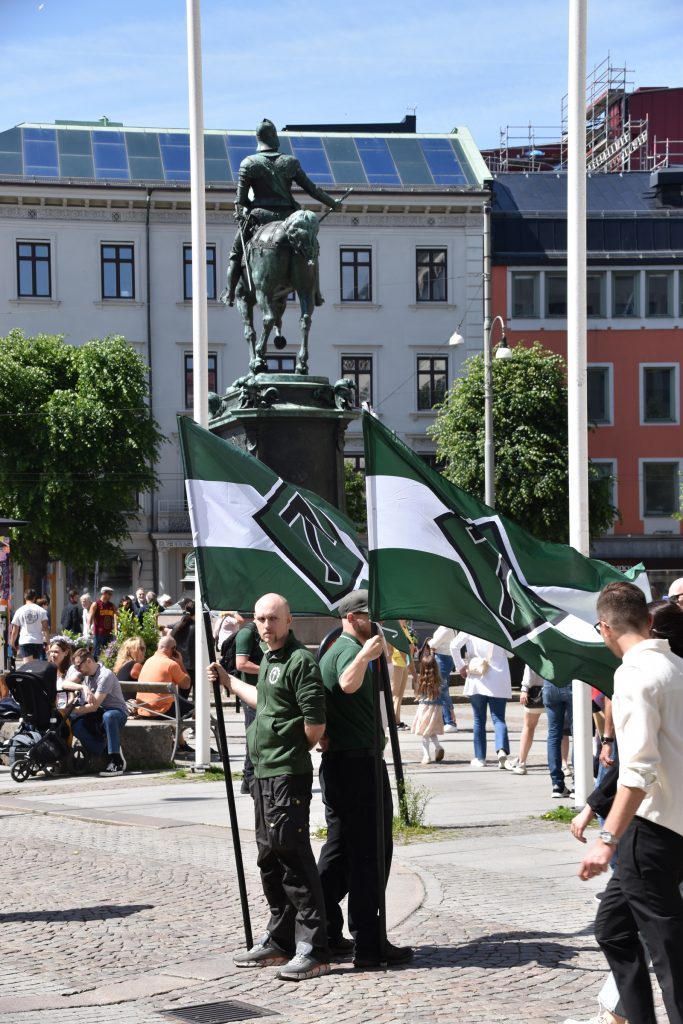 A single lone loudmouth screamed in desperation about how the Resistance Movement was not welcome on the city’s streets, but he did not gain any sympathy from the hundred or so people present, who were probably more curious about what kind of idiot was shouting than they were in stopping any Nazis.

More numerous were the happy shouts and interesting discussions, including those from newly arrived racial comrades from Eastern Europe, who asked if they could apply for membership directly onsite. Then there was an older gentleman who was just as interested in discussing our photographer’s lens and comparing it to his own as he was in talking about race and IQ and how they correlate with Black and White intelligence. 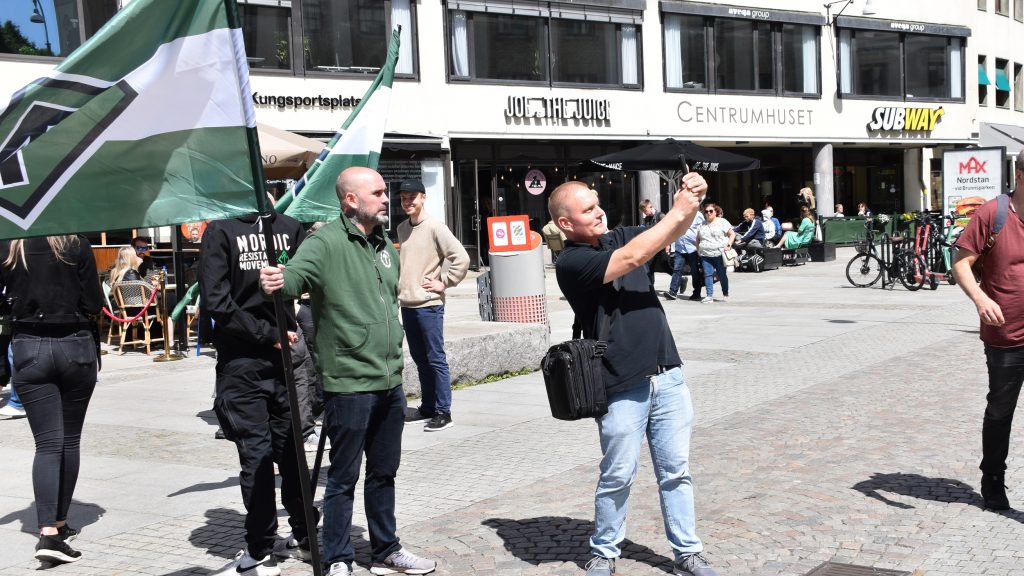 The police finally showed up a little later on, but they kept their distance, and nine minutes later the activists had lined up in formation to march off again at the scheduled time. This seemed to throw the police off-guard, as they did not even follow the activists on a rather pleasant walk through a sunny Gothenburg, which was filled to the brim with people. 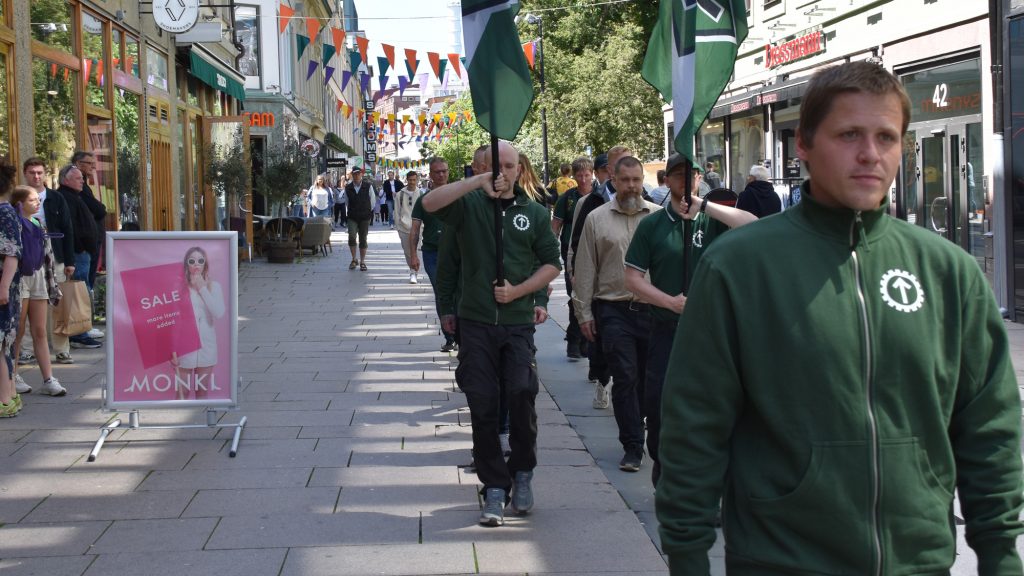 With the public activism concluded, it was time for the next stop – a recreation area, where an entertaining but also demanding “adventure run” would be held.

The pairs were now lumped together into groups and had to compete against one another in various physical, mental and occasionally banal trials.

For example, the first task was to fill a bucket at the top of a steep slope with water. It had to be filled using a smaller bucket at the bottom of the slope – something that would have probably been easier had someone not made a hole in the small bucket. 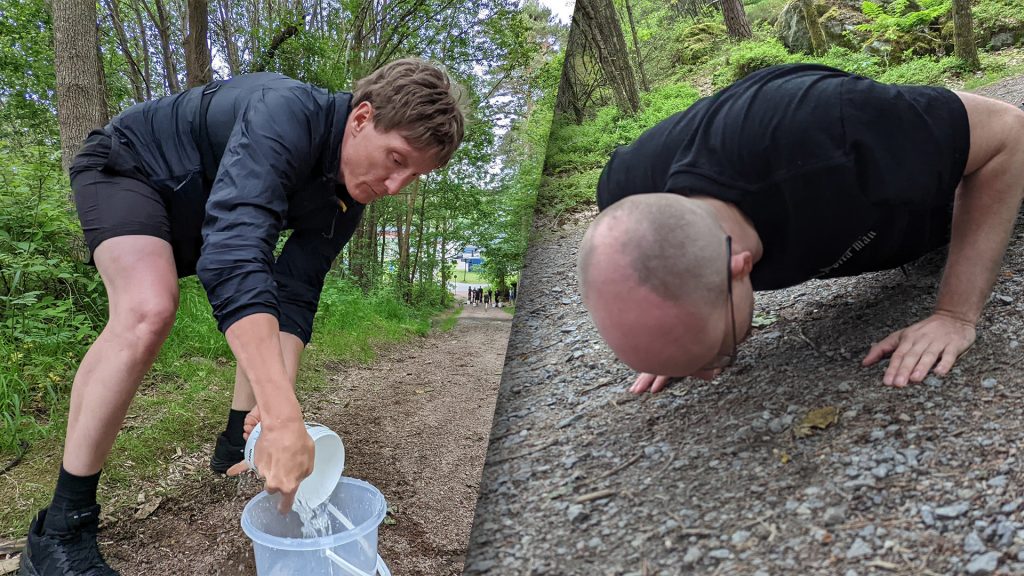 Challenges of this type superseded one another for a few hours, until the bright sunshine was exchanged for typical Gothenburg pouring rain, which often comes along unexpected. 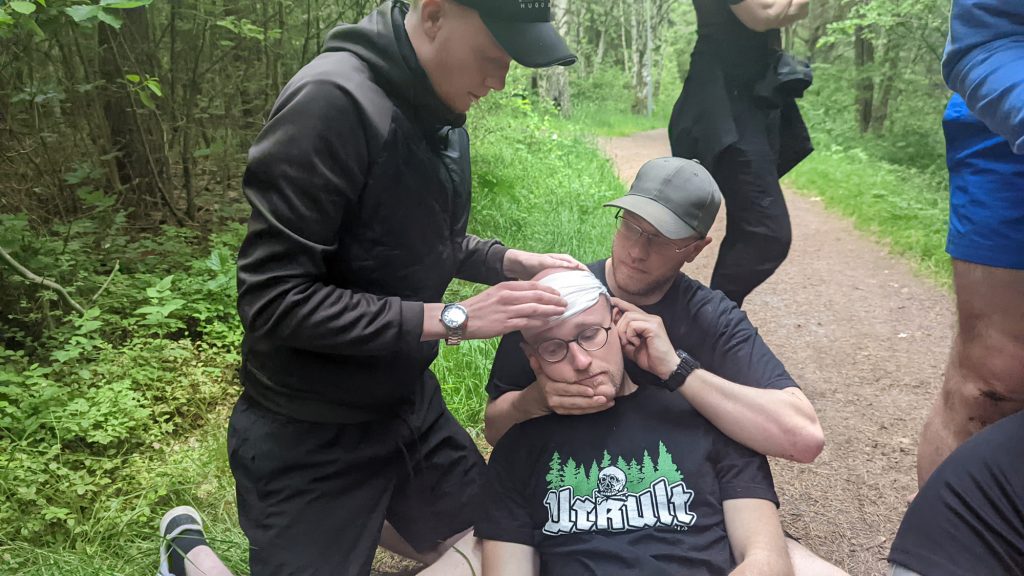 After completing the tasks, and praising one another’s efforts and commitment, the day was concluded.