ACTIVISM. The day before everyone rings in the New Year, members and activists from Sweden’s Nest 1 gathered for their final activity of 2022. 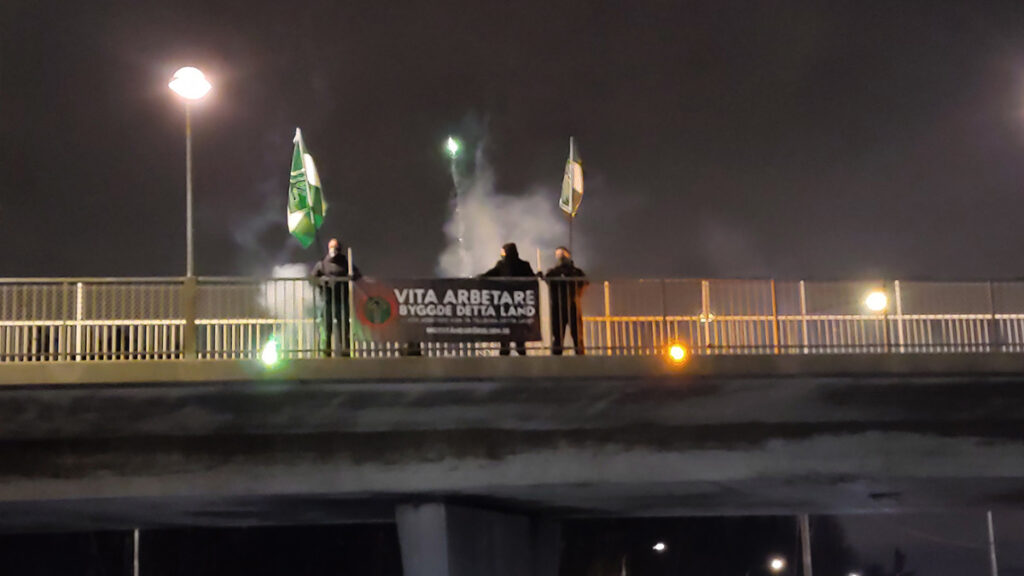 As it had been a while since a bridge action was held in the Nest, it was decided to return to the familiar pedestrian bridge that crosses National Highway 73 next to Skogskyrkogården.

A banner and flags were brought along for the activity, with the activists setting up during the afternoon rush hour, when the road is always packed with cars.

Several police cars passed by during the day, with some driving onto the opposite bridge, which was connected to the bridge the activists were standing on by a footpath. Unusually, however, the state’s footsoldiers appeared to have something better to do for once and did not harass the Resistance men with their pathetic police reports and pointless questions.

Pyrotechnics were also utilised on the day, which served to draw some more attention to the activity. 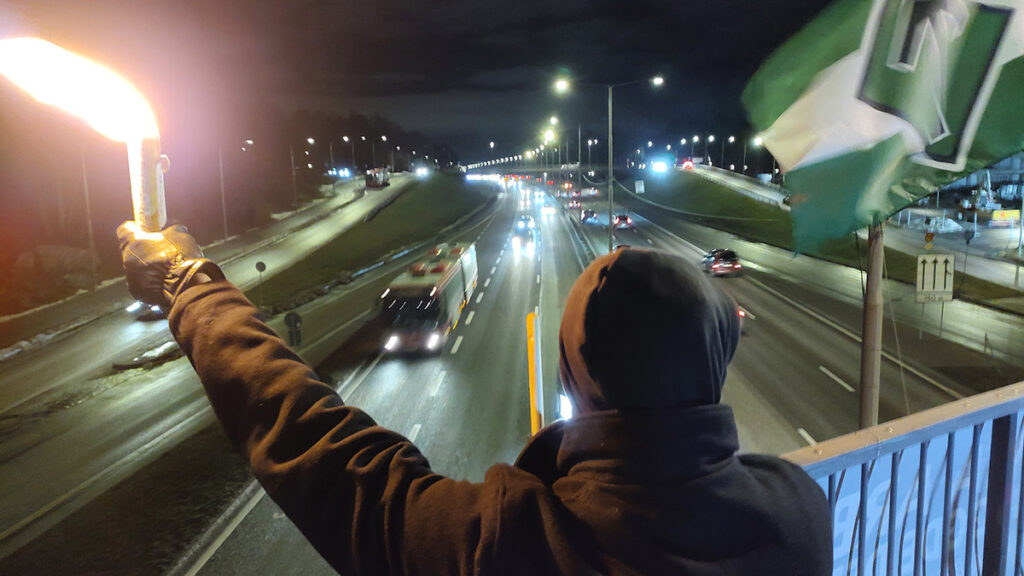 As is always the case when you stand on a bridge in Stockholm with a healthy message on your banner, you get an overwhelmingly positive response from motorists. This can be difficult for the uninitiated to understand, as the lying media always paint National Socialists as demons that all regular people want to stay as far away from as possible. If, however, only a fraction of all the positive people would step up and join our struggle for freedom, those in power would soon shake in their boots and know their days are numbered.

When the group felt they had gained sufficient exposure for the banner, the successful activity was concluded and the comrades parted ways for the last time this year.

All the comrades from Nest 1 thank everyone for their support over the year and now look forward to 2023 and what is to come.