Strängnäs market has been held on the second Saturday of October since 1957 and currently attracts 30,000-35,000 visitors. The event’s high turnout makes it an excellent opportunity for Resistance activists to meet the public, so on 12 October a group of comrades gathered in the town to spread the Movement’s message.

The activists filed in to the festival area and found a good place beside the entrance to a large shopping arcade. The banner and flags were unravelled, and leaflets began to be distributed.

It turned out that the Resistance men would have their own house band for the day in the form of a panpipe group who stood next to them and accompanied the activity. At times it was difficult to judge which of the two attractions was the biggest draw to passers-by, but regardless it was the Resistance men who the market’s visitors got into discussions with.

The weather wasn’t at its best, alternating between rain and cloud. This didn’t seem to bother anyone, however, as the high tempo meant leaflets were given out in large quantities and many intensive conversations took place. 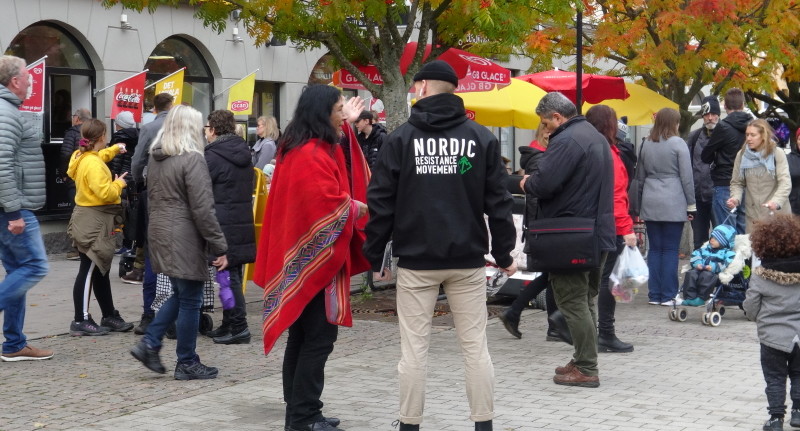 The activists reported a wide spectrum of responses from the public. Many people cheered to show their appreciation (several times shouting “finally” on account of the Movement’s presence).

One activist had a discussion with a group of young teenage boys and girls who told him of a tough life in “enriched” areas. They spoke highly of the Resistance Movement, which presents the only and obvious solution to the problems mass immigration creates. Some of the youngsters said they are considering sending in membership applications. 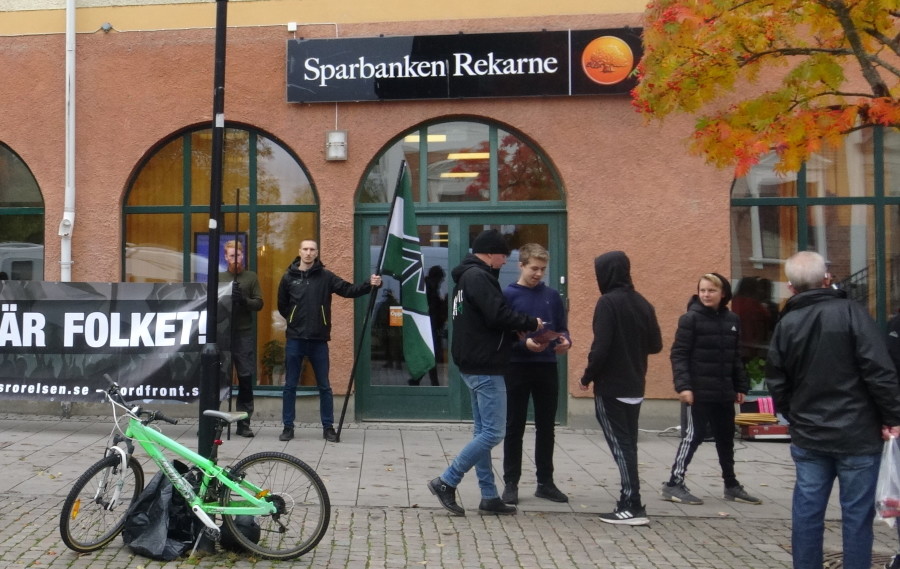 Another Resistance man had a conversation with a group of middle-aged and older men and women. They explained they regularly follow the Resistance Movement’s media and see the organisation as the salvation of our people. They also expressed delight at meeting the Movement’s representatives “live”.

A third Resistance man, 30 years of age, reported that an extremely ill-tempered middle-aged woman screamed accusations at him for a genocide which supposedly took place in a country just south of Sweden in the 1940s – i.e., over 40 years before he was born and over 50 years before the organisation he belongs to was founded. The woman could not explain the logic in this accusation, but she said she had seen it reported in “well-established media”. 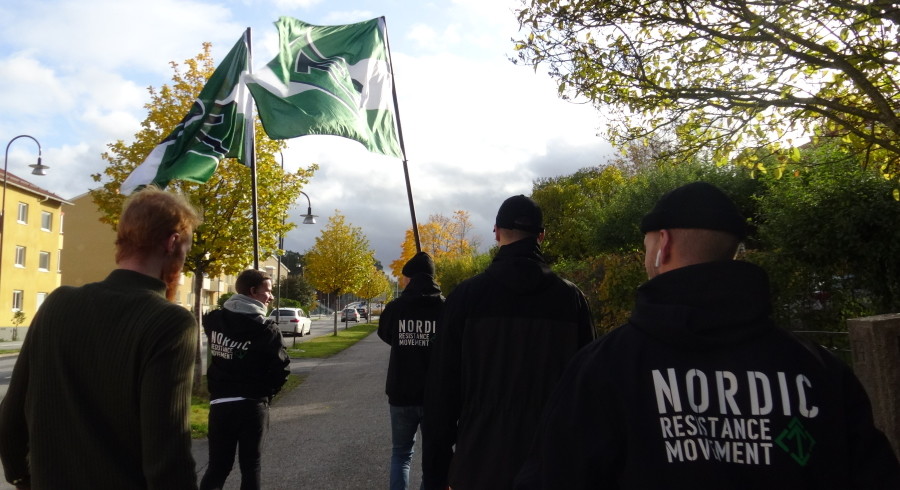 The day had a fitting conclusion. As the activists rolled up the banner to end the activity, the cloud parted and the sun emerged. This inspired the Resistance men to march through the market crowd with their flags unfurled. The weather gods’ favour and the activists’ flash of inspiration seemed to create a magical atmosphere at the market. Sunlit flags fluttered in the wind as the activists marched forwards through the sea of people. Above the chatter, people were heard to exclaim: “Wow, look! The Resistance Movement!” and “The Nordic Resistance Movement is here… finally!”