TRAINING. On the weekend of 27-28 March, members and activists from several Nests met in Stockholm to hold a weekend filled with physical activities and comradeship.

The weekend began early on Saturday morning with all the participants being welcomed and presented with the schedule.

Things then got underway with the activist test, with several participants passing all stages and everyone doing their best to improve on their previous results. 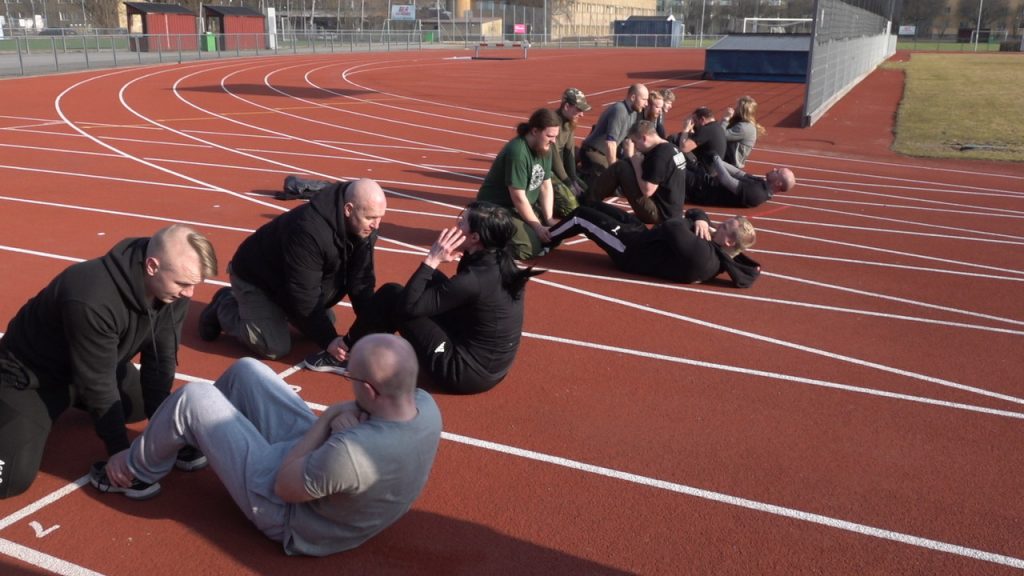 When all of the activist test was completed, a lunch consisting of homemade potato salad and grilled sausages was served.

With their hunger satisfied, everyone relocated to a nature reserve, where the rest of the weekend would be spent. There, they immediately started with the day’s second activity – rappelling, which was popular with both the experienced participants and the beginners. 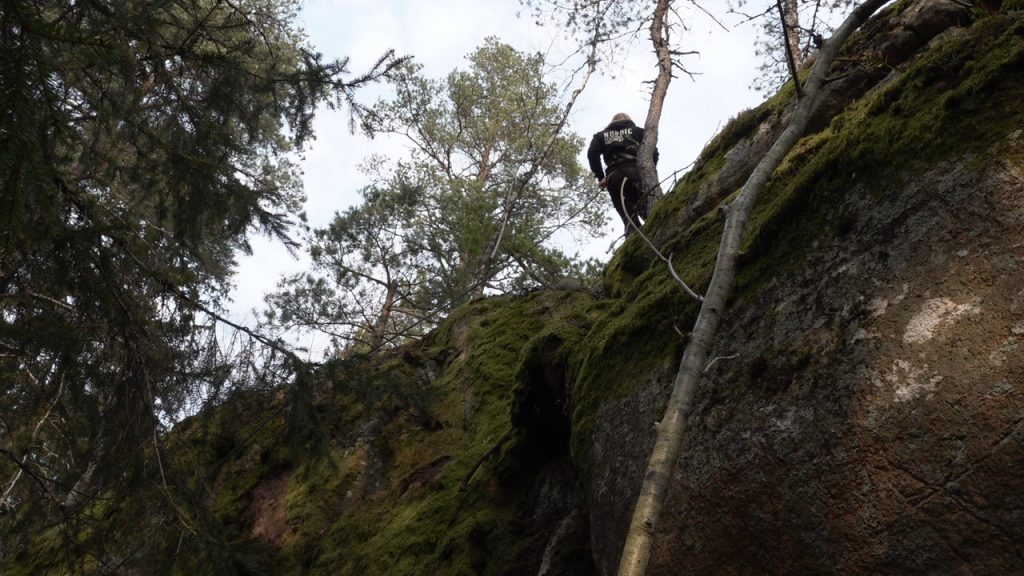 After several hours, the exercises were concluded and a boxing session began, with basic punches and techniques being taught. As the participants began to master the exercises, everyone had the opportunity to practise sparring.

A tournament was held to conclude the boxing training, with each match ending when one of the competitors gave up. As everyone wanted to win their matches, there were many hard blows dealt and several competitors who crashed to the ground before anyone gave in. The winner of each match progressed to the next round until there were two fighters remaining to compete for the glorious victory. 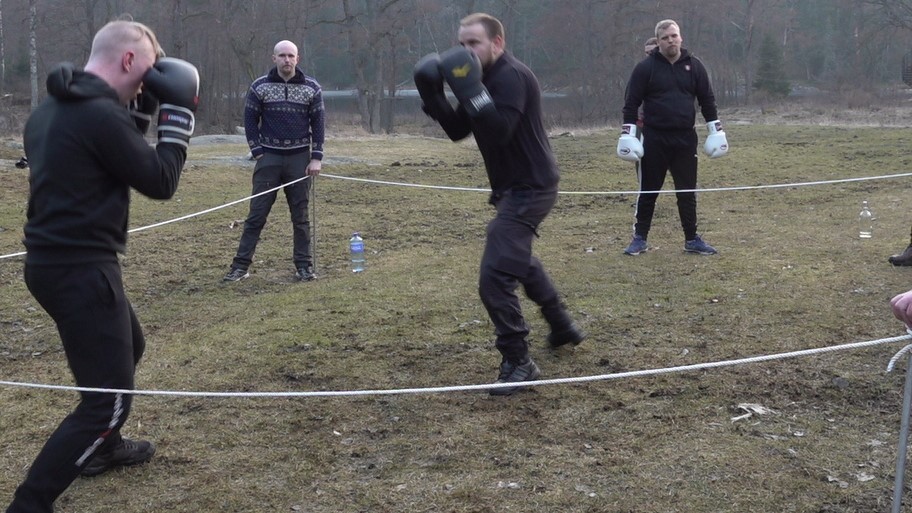 In the evening, everyone gathered around the campfire to talk and sing songs long after the darkness had descended on the forest and the only light came from the moon and fire.

Sunday morning started with a callisthenics workout, before the group had breakfast together and cleared up the camp. Everyone then said their farewells and went home happy with the weekend’s activities and their strengthened friendship.