ACTIVISM. Activists from Sweden’s Nest 2 conducted a symbolic action in Uddevalla last week by hanging a doll representing Wilma Andersson’s murderer from a statue in the centre of town. 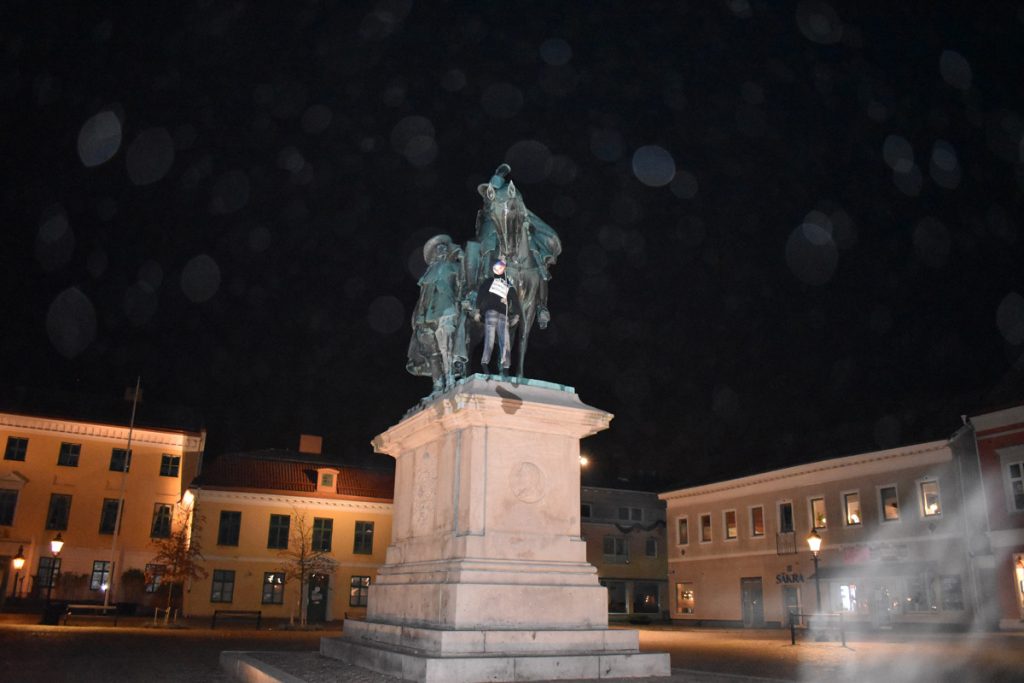 The action was in response to a court of appeal’s recent decision to reduce the sentence handed to the Iraqi immigrant Tishko Ahmed for the killing of Wilma Andersson.

Ahmed murdered 17-year-old Wilma in Uddevalla in November 2019. During a search of Ahmed’s apartment, the police discovered Wilma’s head in his wardrobe. The rest of her body has still not been found.

Ahmed was sentenced to life imprisonment for the murder in July 2020, but this was reduced to 18 years by the Court of Appeal for Western Sweden in October.

To administer symbolic justice, activists from Nest 2 of the Nordic Resistance Movement went to King’s Square in Uddevalla in the early hours of 30 October and hung a doll from the central statue. The doll had a photo of Ahmed attached to its face and wore a sign reading “Woman murderer”.

The local population of Uddevalla have been clear about their desire for a stronger and more just punishment for the crime, so the activists decided to demonstrate what the only correct punishment should be for such a heinous act.