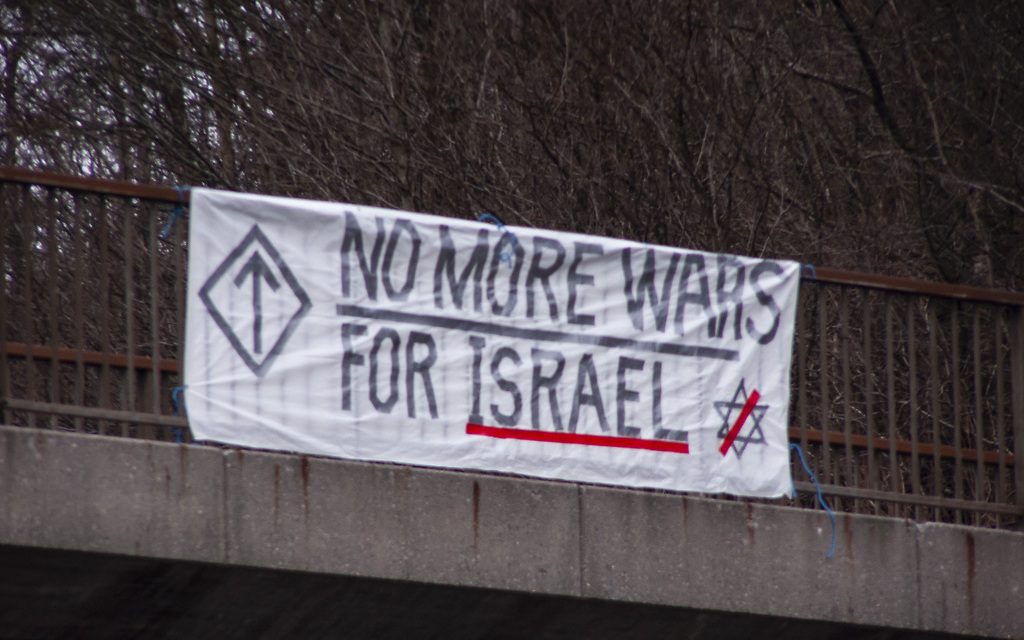 The activity was held in response to Israel’s constant wars in the Middle East – which are fought by their lapdog the USA – with particular reference to the escalation of the ongoing conflict with Iran and the terrorist murder of the heroic general Qassem Soleimani.

The campaign took place in several Norwegian towns and utilised the new #NoMoreWarsForIsrael posters, which folk traitors have already kvetched over in the media. Among them was a regional representative of the Labour Party, Elin Maria L’Estrange, who thought the campaign’s message was outrageous and was shocked that there are people who oppose the constant Zionist warfare in the Middle East.

Photos from the activism: