Home Resistance News Activism “Stop the holocaust of our people!”

On 27 January, activists and members from Nest 1 conducted an activity drawing attention to the ongoing holocaust of our people, as a more relevant alternative to the establishment’s “Holocaust Memorial Day”. 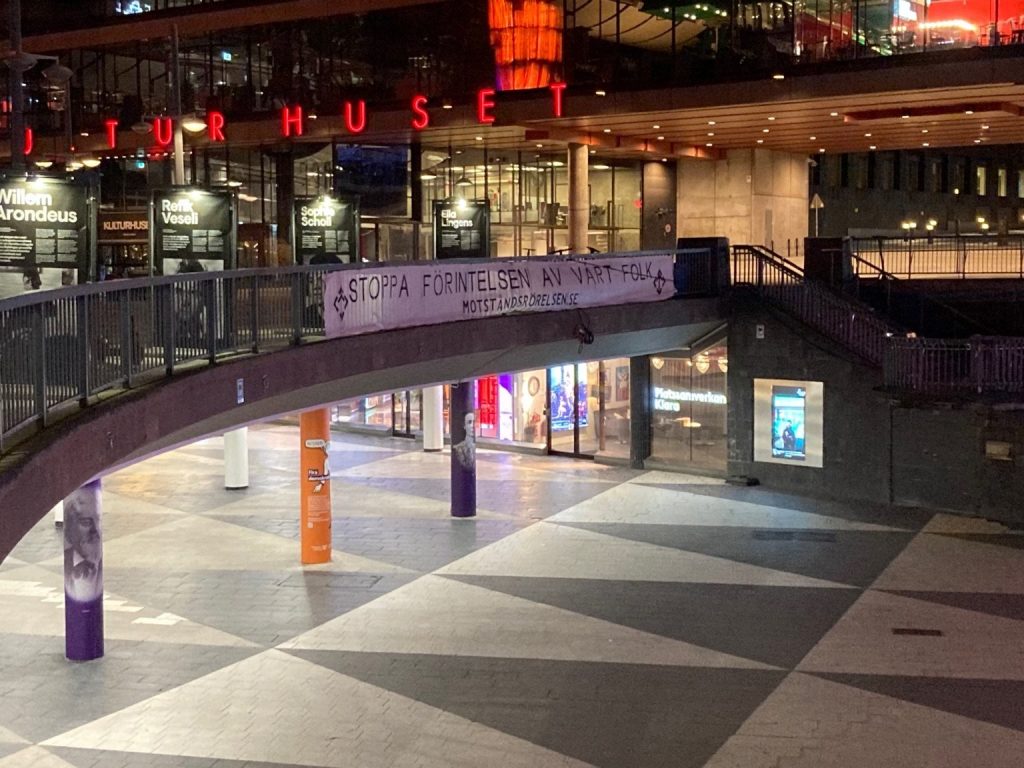 In the morning, a group went to Sergel’s Square in central Stockholm to put up a banner across the square with the text “Stop the holocaust of our people”. The banner was hung directly in front of a “Forum for Living History” exhibition featuring dubious claims about the “holocaust” and “Nazi terror”.

This government propaganda agency is part of the annihilation of our people, which takes place through mass immigration and the exchange of populations. Via psychological warfare and shaming Swedish people, they want to prevent all opposition to the real holocaust of our people happening here and now.

At the same time, a second group placed a similar banner over the Fredhäll Tunnel and E4 road, where it was visible to motorists in the middle of the morning rush hour. 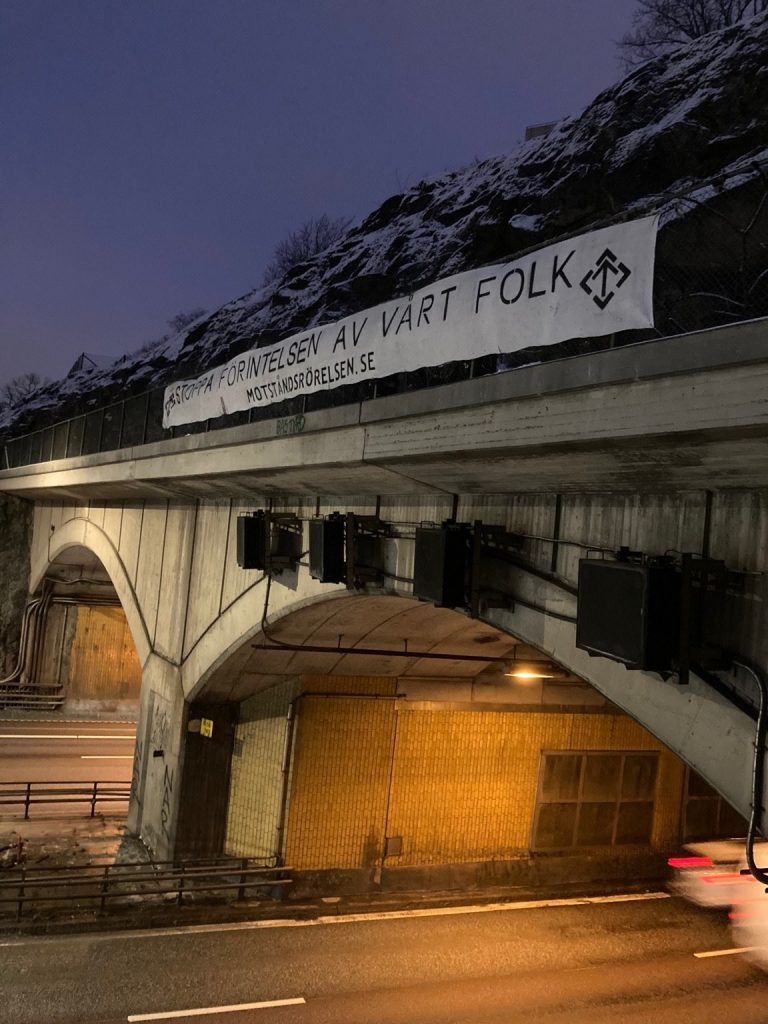 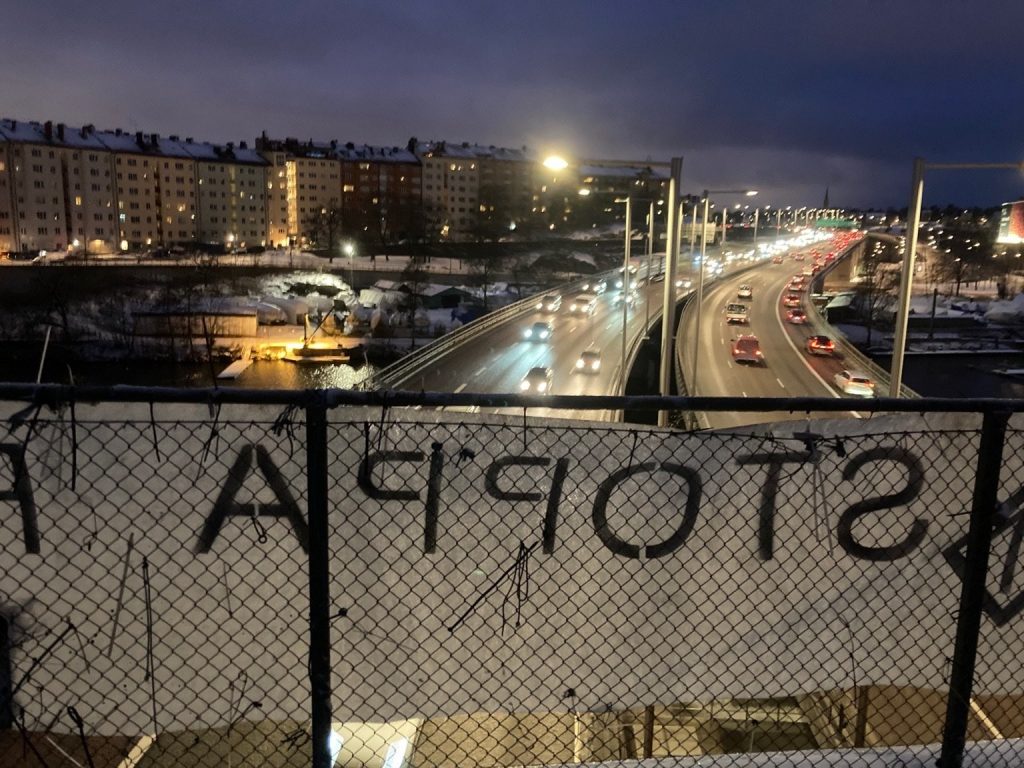