ACTIVISM. Activism in Sweden’s Nest 7 continued in Vetlanda on 28 May, when activists visited a car meet event in the city centre. 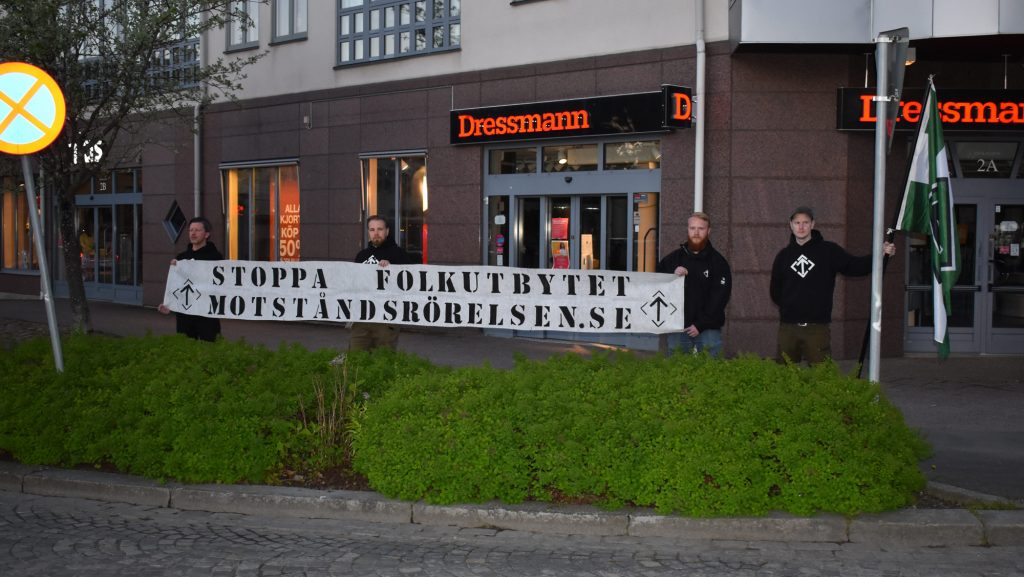 On Friday evening, 28 May, there was a car meet in central Vetlanda with a lot of people in attendance. Sweden’s Nest 7 went to the city centre and took up positions with a banner bearing the message “Stop the Population Replacement”. 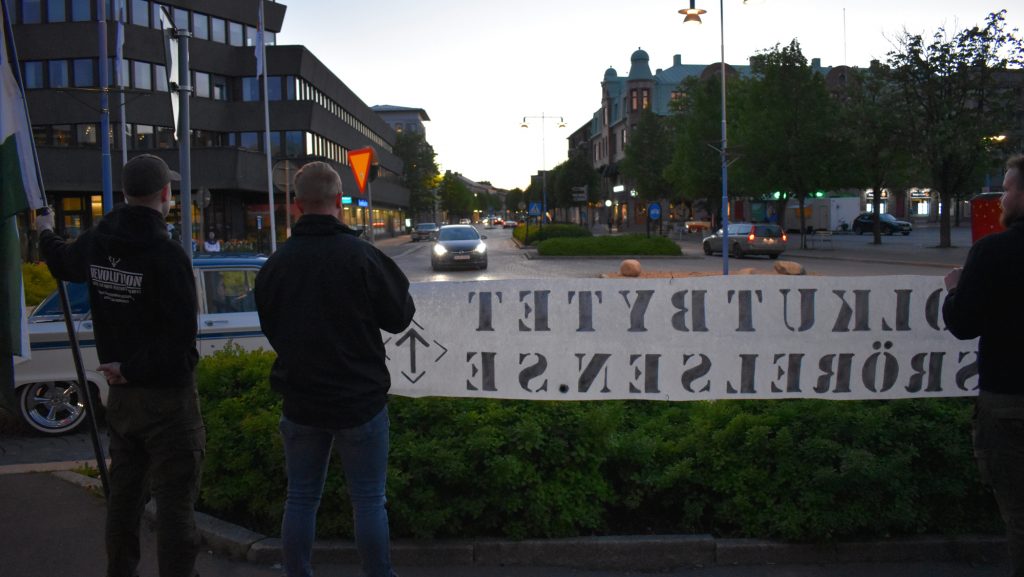 Several hundred cars passed by the banner throughout the evening, many of them old American models decorated with both Swedish and Confederate flags. The vast majority of people reacted very positively to the banner and greeted the Resistance fighters with everything from thumbs-up to victory salutes and enthusiastic shouts of support. Some also played nationalist music at high volume while driving past. 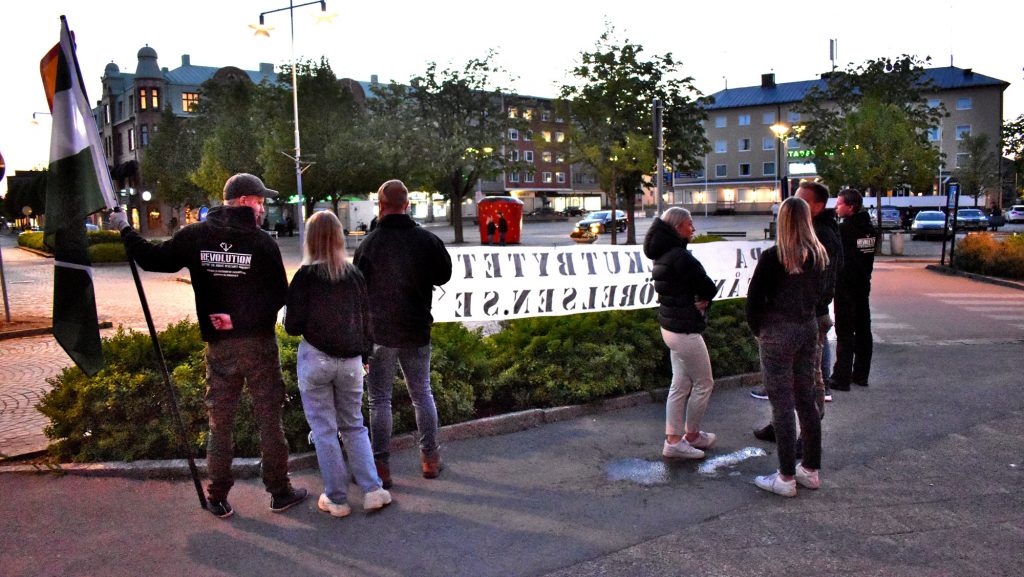 Many interested people came over to talk and ask questions to the Resistance men. Most of them were “Sweden friends” who were tired of multiculturalism and sympathised with much of the Resistance Movement’s politics; however, they mostly complained about issues such as how unfair it is that illegal immigrants get free dental care and how immigrants have priority in housing queues. The activists tried to direct the people’s focus away from these materialistic objections against multiculturalism and instead make them understand the bigger problem – that our people are being exterminated via a planned genocide. Some of them appeared to take this onboard. 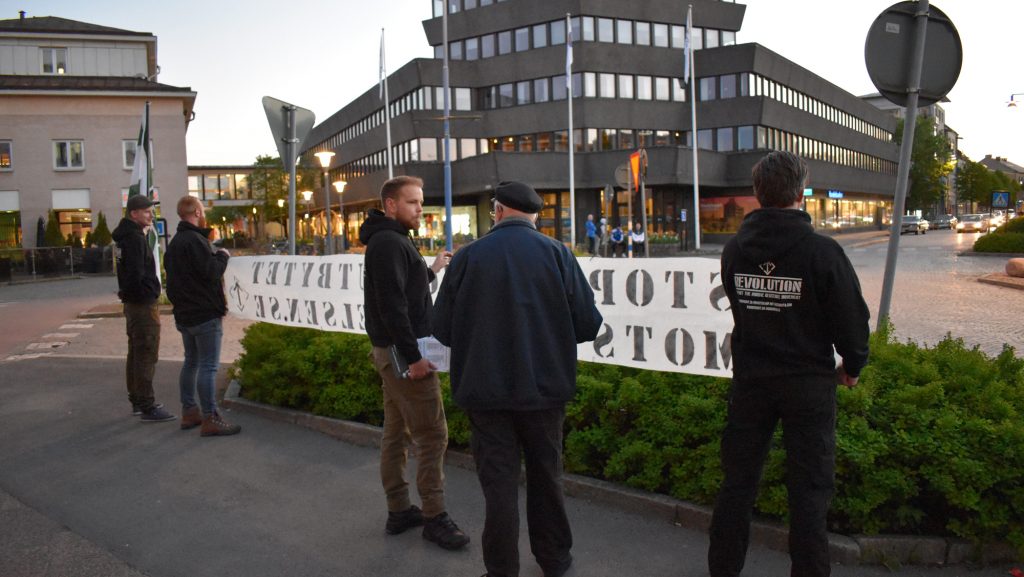 After the activity concluded, the evening continued by putting banners up all over Vetlanda. 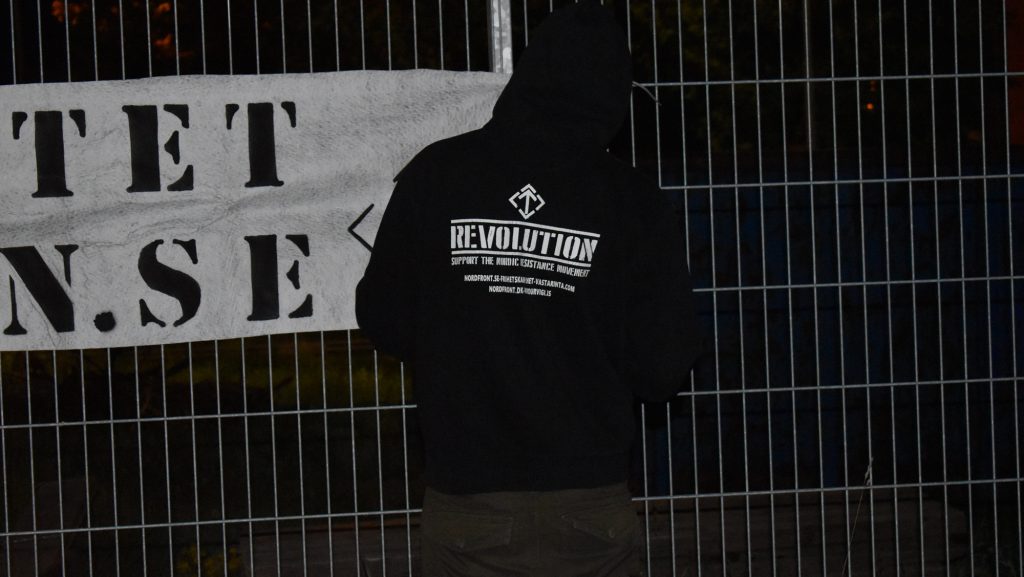 All Sweden friends and other kinsmen reading this are encouraged to research the difference between the races, as well as who holds power in the world and what their objectives are. Stop pinning your hopes on fake nationalist parties, and join the Resistance Movement instead!