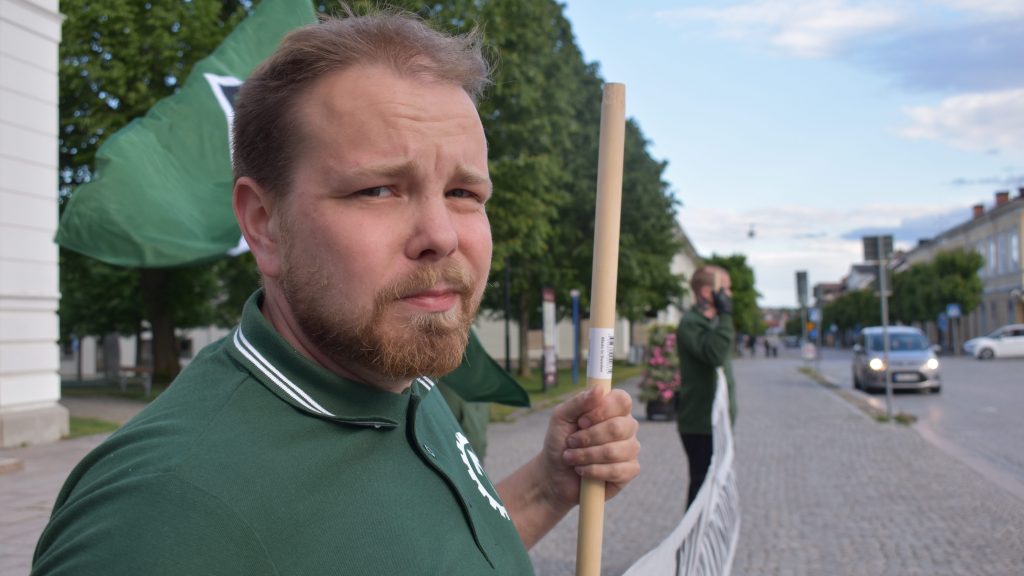 Can you begin by introducing yourself to the voters?

I am 29 years old and live with my family in Hjältaryd, a small village a few miles outside Vetlanda. My main duty in the struggle is serving as the Nest Chief for Nest 7 of the Nordic Resistance Movement. To the extent that time allows it between my roles as Nest Chief, father and worker, I take the opportunity to get involved in other projects in Nest 7, such as our local radio podcast NR Småland, as well as conducting activism on the streets around the county of Småland with my comrades.

How did you find National Socialism, and how did you come to join the Resistance Movement?

I first became aware of National Socialism when I was at school. I wouldn’t say I was a National Socialist at that time, but rather more generally nationalist-minded. It wasn’t until I was in my 20s that these thoughts began to mature more, and that was when I found Nordfront and began to immerse myself ideologically after hearing about the Nordic Resistance Movement in the establishment media. My membership application followed sometime after that. 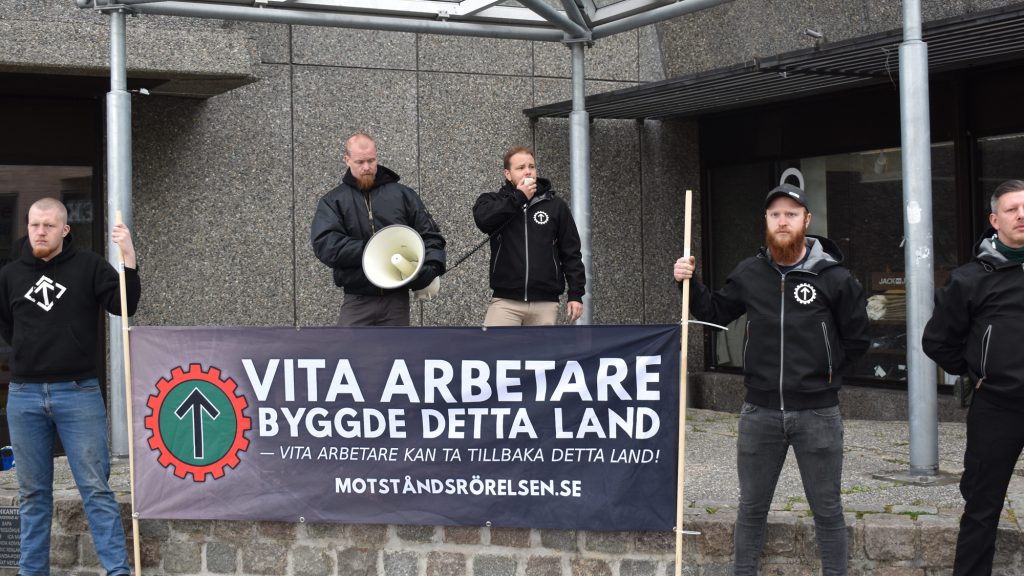 Can you tell us a bit about your key issues in the election?

I have three key issues that I will push extra hard if I am elected: security, immigration and the countryside. For me, these key issues are the most natural to pursue, and they go hand in hand with one another in many respects. When I grew up in Vetlanda, multiculturalism was not as intrusive in the municipality as it is today. There was also a flourishing rural economy with neighbourhood stores and village schools, which allowed White Swedish families to get away from multiculturalism to a greater degree than they can now.

Today, rural areas are dying out, and neighbourhood shops and village schools have disappeared. Everything is being concentrated in the major towns in the municipality, while multiculturalism has completely exploded. The results of this are there for all to see. Rapes, murders, acts of madness. It has created an insecure municipality for the inhabitants, who are forced to endure multiculturalism and put their lives at risk as a result.

By pursuing these issues and creating conditions that are favourable for the White Swede, we can minimise the risks of multiculturalism; and, by highlighting the price of mass immigration – not just financially but also in relation to the cost of Swedish lives and safety – we can start to put pressure on the government together to stop the population replacement. 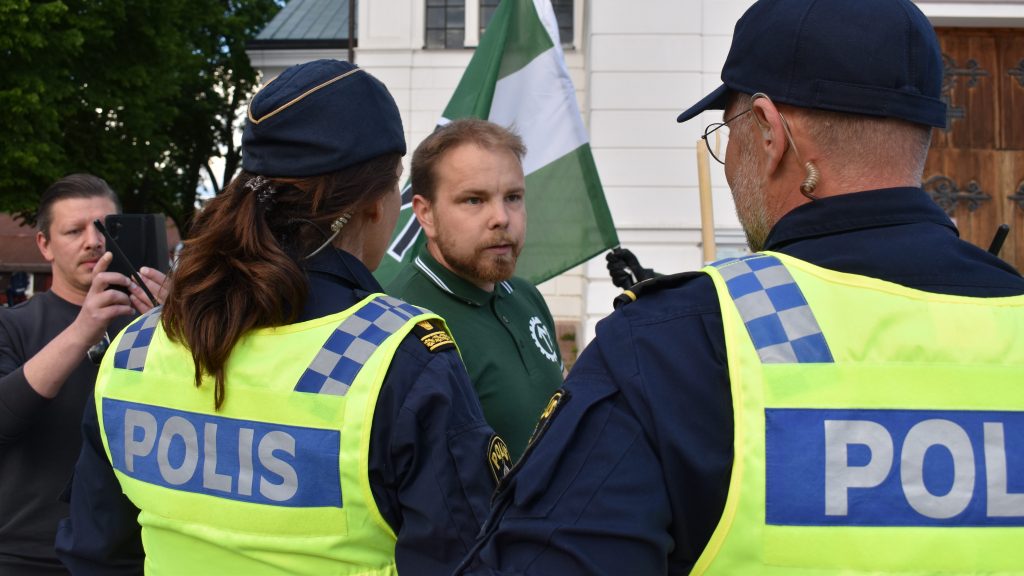 Have the sitting politicians in Vetlanda done anything for local people?

I can imagine there have been some individual decisions made in the municipality that have had a positive influence, like the placement of a streetlight or constructing a parking area, but in general the politicians of Vetlanda have totally failed in their most important task – to work for their people and guarantee their safety. Instead of taking responsibility, Vetlanda’s politicians have turned a deaf ear to the public while continuing to represent parties that have run the country into the ground.

Why should someone elect the Nordic Resistance Movement?

If you want to have representatives who work for you and your descendants, you should cast your vote for the Nordic Resistance Movement. Representatives who talk about the problems directly and honestly and are also willing to solve them. Not for money, not for special privileges, but for the people.

What will you do if you are elected to the municipal council?

I will make it incredibly difficult to be a “good democrat”, and I will work hard to push my core issues and other policies in the Nordic Resistance Movement’s municipal political programme for Vetlanda.

How do you view your chances of being elected in Vetlanda?

I’d say it isn’t impossible for us to be elected, but even if we are not elected in Vetlanda Municipality, you should not regard your vote as wasted. It gives legitimacy to our cause. It is a middle finger to the establishment, which is at least as important as picking up a municipal mandate, because it shows there are still men and women who stand proud.

I thought I would end the interview with three quick questions:

What is your favourite musical band?

Which Zionist do you hate the most?

What is your favourite meal?