ACTIVISM. At the end of September, activists from Nest 2 gathered to protest against the Skövde Pride festival and inform the townspeople what the LGBTQP lobby really stands for. The activists were also forced to deal with a large and unruly man who thought he could disrupt the Resistance Movement’s action. 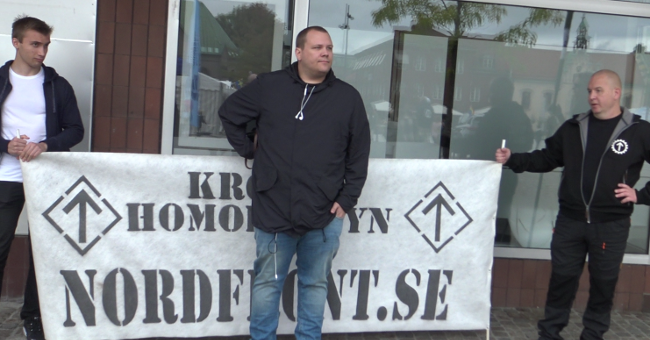 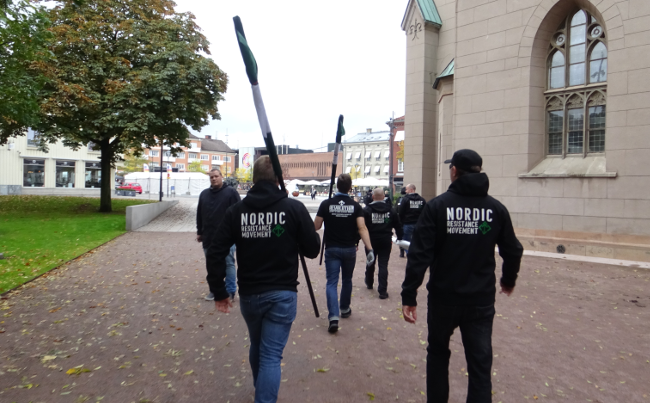 Despite several appeals, the man refused to move, after which he was finally reprimanded. Aftonbladet subsequently reported that someone was said to have been taken to hospital with a split lip and possibly a missing tooth during the activity… 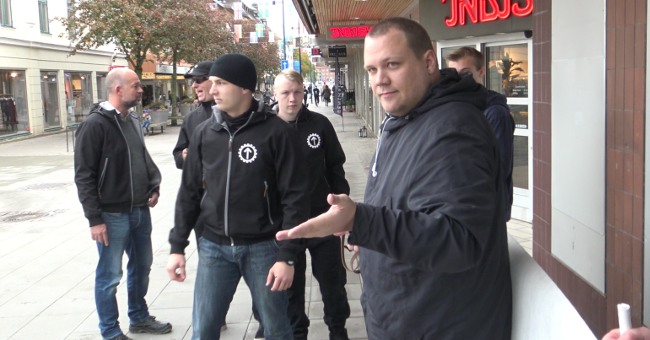 The Resistance men then went on to where the pride parade was taking place and gave out leaflets. 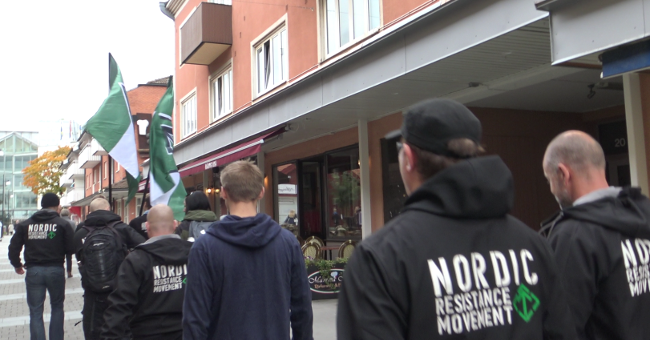