ACTIVISM. Activists from Denmark’s Nest 1 recently conducted activism in Central Jutland, including at one of the country’s highest points, Ejer Bavnehøj. 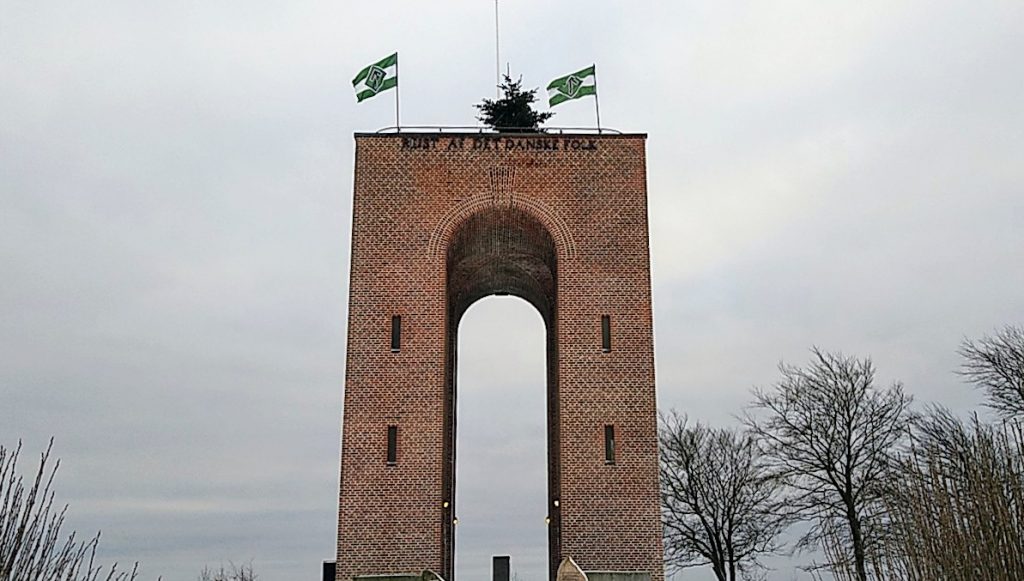 A small group of activists defied the cold and conducted activism in several locations in Central Jutland on Friday, 15 January. At Ejer Bavnehøj, one of Denmark’s highest points, they raised two Tyr rune flags at the top of Bavnehøj Tower.

The tower, which was built atop a burial mound, is today used for constitutional and public meetings, which makes it an appropriate place to raise the Nordics’ new flag of unification.

Elsewhere in Central Jutland, near Bjerringbro, the activists held a banner action on a footbridge with the message “Join the Struggle”.

Watch a video from the activity on VK