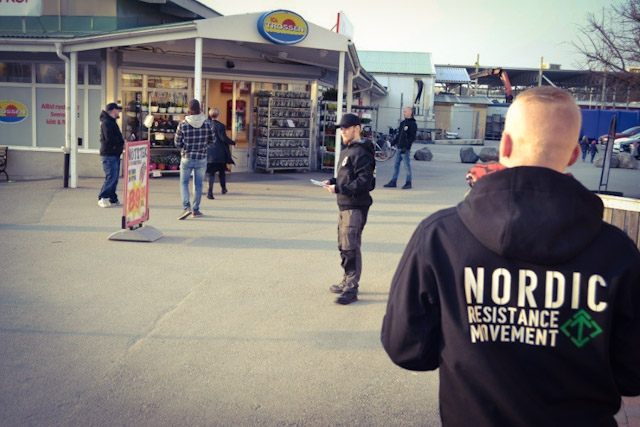 On Wednesday the 3rd of April activist group 801 headed to Trosa for a public leafleting session. The comrades positioned themselves outside the local food market “ICA – Trossen” which is a place with history for the Resistance Movement.

Last year when resistance men distributed leaflets on the same spot unaware that the owner of the food market, Jenni Steiner, is an ardent lobbyist of the homosexual lobby, they got even the minister of defense, Peter Hultqvist, to interrupt his holidays – which, by the way, he chose to take amidst the country’s worst forest fires in history – in order to show her his support! Even other shady characters like the speaker of the Swedish Green Party, Gustav Fridolin, visited the store for the occasion and Steiner was recently nominated as an “everyday hero” in the annual gay gala “QX”. 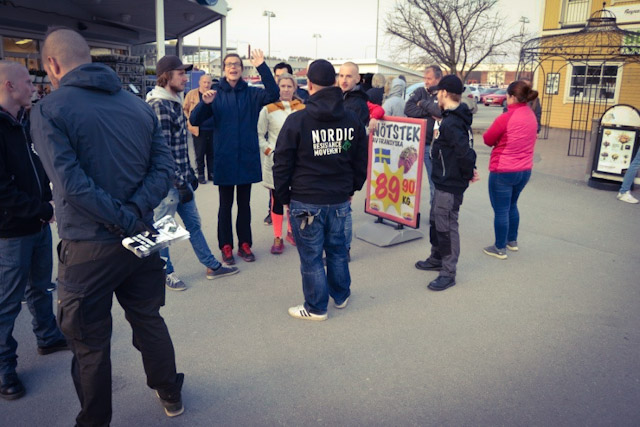 The response from the people was positive despite Steiner’s efforts to put together a bunch of local “righteous apostles” who tried to persuade the people to throw the revolutionary leaflets away.

When the national socialists were on the way home the police arrived, followed and harassed the group. The comrades were all frisked and the police searched through their cars for no reason whatsoever. 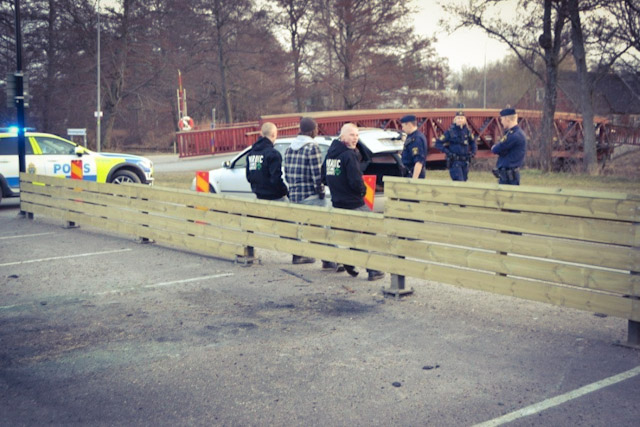 The activity was utterly successful and activist group 801 promises never to allow adversaries of free speech to prevail. 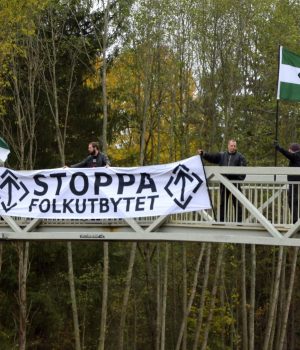