ACTIVISM. Yesterday a group of activists from Nest 2 in Denmark held a banner action on a motorway bridge in Albertslund, Copenhagen. 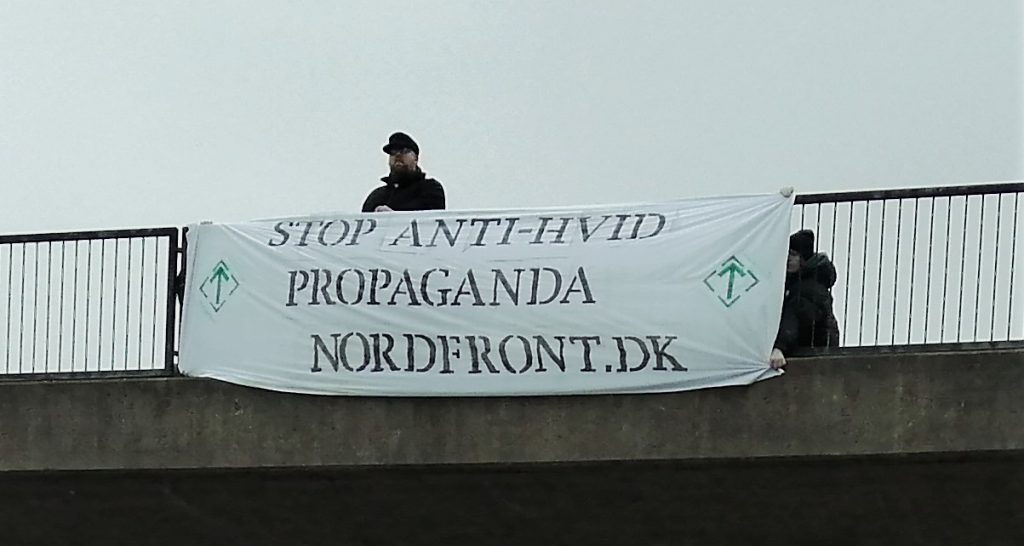 The banner featured the message “Stop Anti-White Propaganda”, along with the address of the Danish branch’s website, Nordfront.dk. The message was a clear reference to the Cultural Marxist entertainment industry’s unending attempts to indoctrinate white Western populations via the promotion of non-white immigration, the depiction of miscegenation between white women and non-white men, and the notion that whites should feel guilty for their history and ancestors.