RESISTANCE MOVEMENT. On Friday 13th March the animal abuser and folk traitor Tomas Åberg gave a lecture at libraries in Ystad and Sjöbo, in southern Sweden. Both lectures were countered by the Resistance Movement, who first cordoned off all entrances to Ystad library and then held a banner action outside the library in Sjöbo. 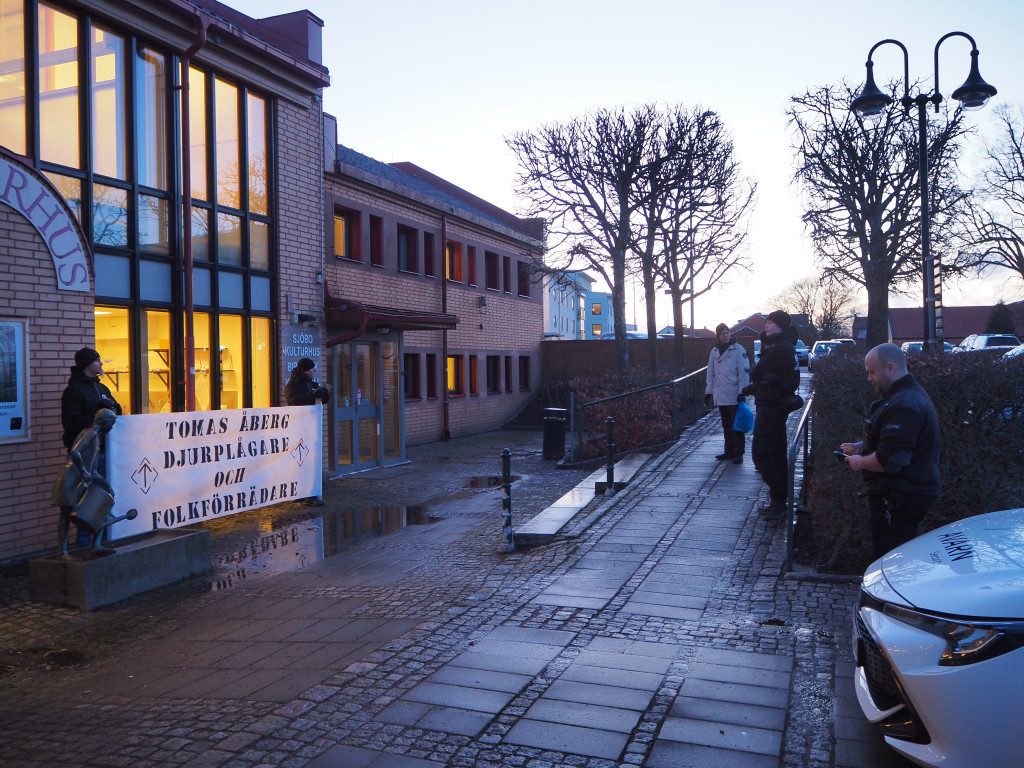 The activists cordoned off all entrances to Ystad library on Thursday night and put up leaflets with information about who Tomas Åberg is and the activities he engages in.

The leaflet and an English translation can be read below: 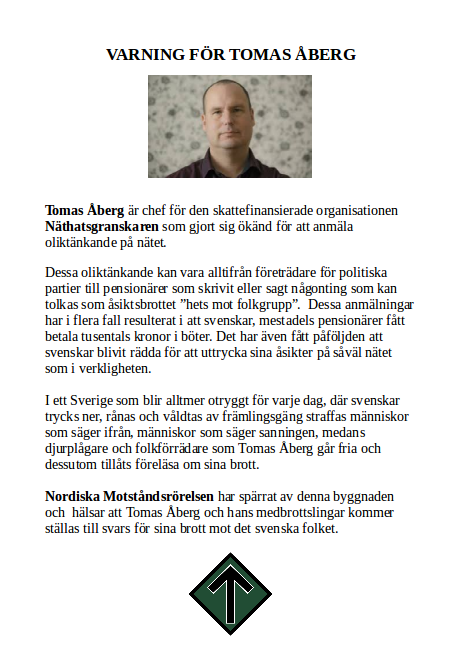 Tomas Åberg is the head of the taxpayer-funded organisation Näthatsgranskaren [Net Hate Examiner], which has become notorious for reporting dissident thinkers on the internet.

These dissidents can be anyone from representatives of political parties to pensioners who wrote or said something that could be interpreted as the thought crime of “incitement to racial hatred”. In a number of cases these reports have resulted in Swedes, mostly pensioners, having to pay thousands of kronor in fines. This also has the consequence of making Swedes afraid to express their opinions on both the internet and in real life.

In a Sweden that’s becoming increasingly unsafe every day, where Swedes are oppressed, robbed and raped by foreign gangs, people who speak up and people who speak the truth are punished, while animal abusers and folk traitors like Tomas Åberg and his accomplices go free and are even allowed to hold lectures about their crimes.

The Nordic Resistance Movement has cordoned off this building and made it known that Tomas Åberg and his accomplices will be held accountable for their crimes against the Swedish people. 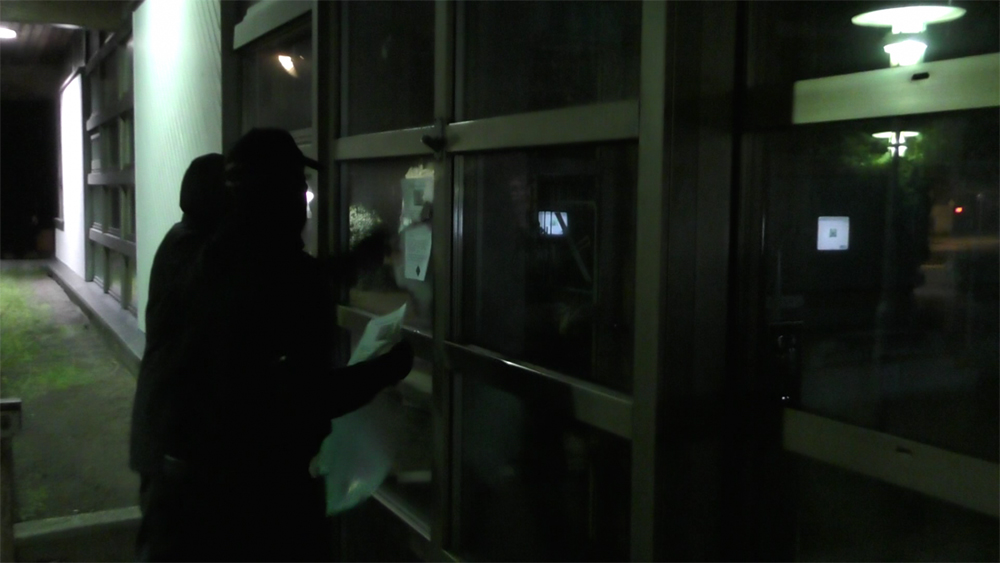 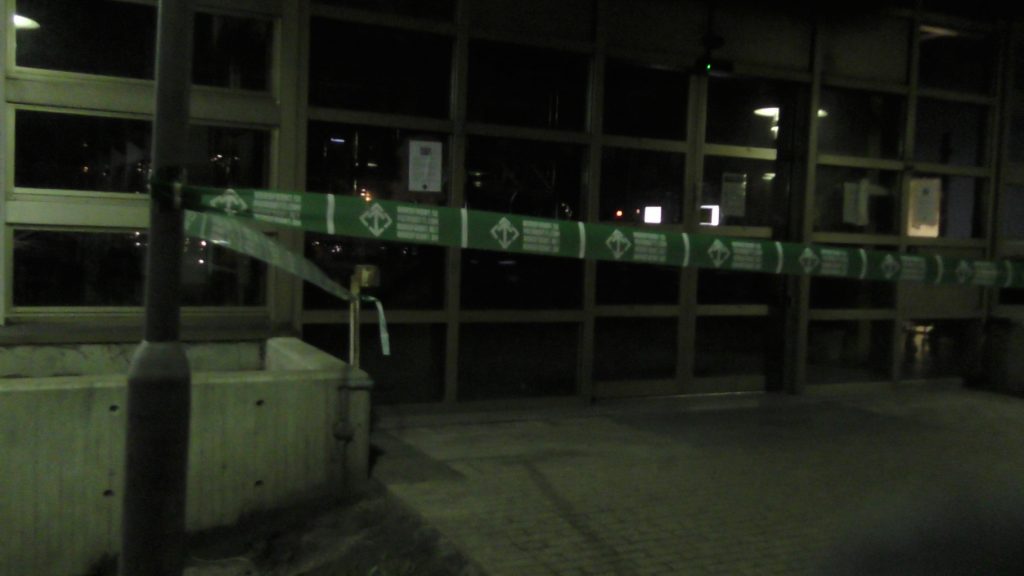 On Friday evening, when the next lecture was due to take place at Sjöbo library, the Resistance Movement’s activists stood beside the main entrance holding a large banner with the text “Tomas Åberg – Animal abuser and folk traitor”. 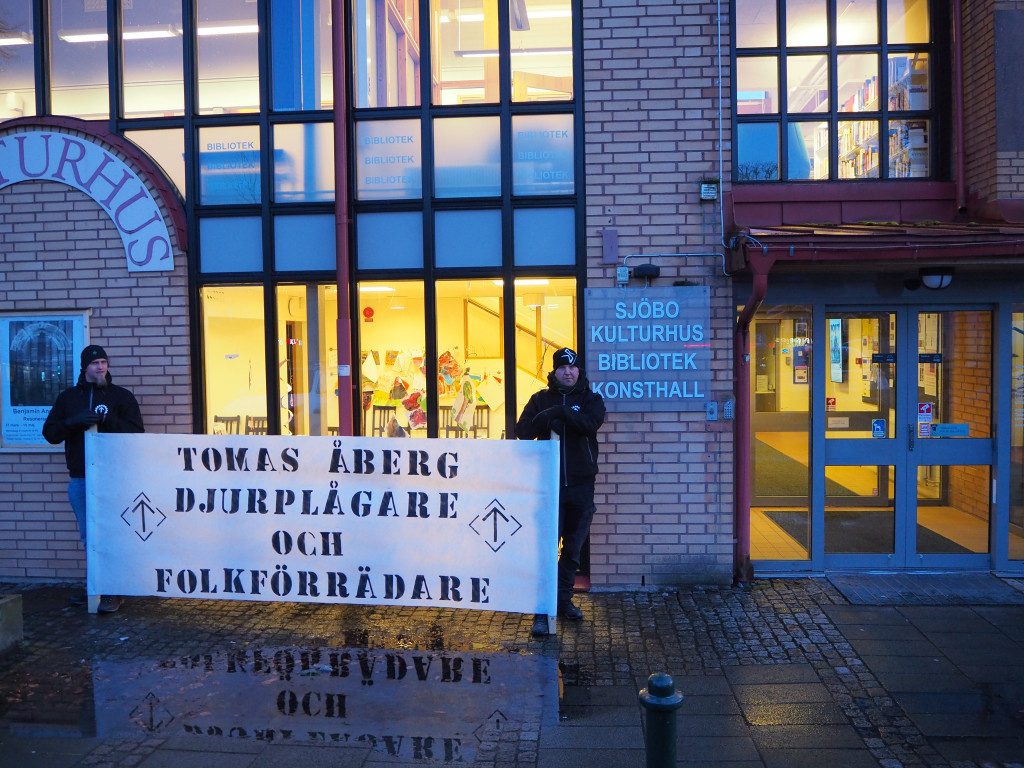 To the activists’ surprise, the lecture had quite a few visitors, a clear majority of whom were negatively disposed towards Tomas Åberg and positive towards the Nordic Resistance Movement. Among them was the artist Dan Park, together with several other groups that protested against Näthatsgranskaren’s anti-Swedish activities. Before the lecture began, a number of visitors stopped outside to talk to the Resistance men, take photos of them and commend their work.

The only ones who seemed to like Tomas Åberg’s lecture were the librarians, who from time to time glanced a little sourly out of the windows. After a while, when all the visitors had gone inside, the comrades left the library and put up banners with the same message along the roads to Sjöbo. 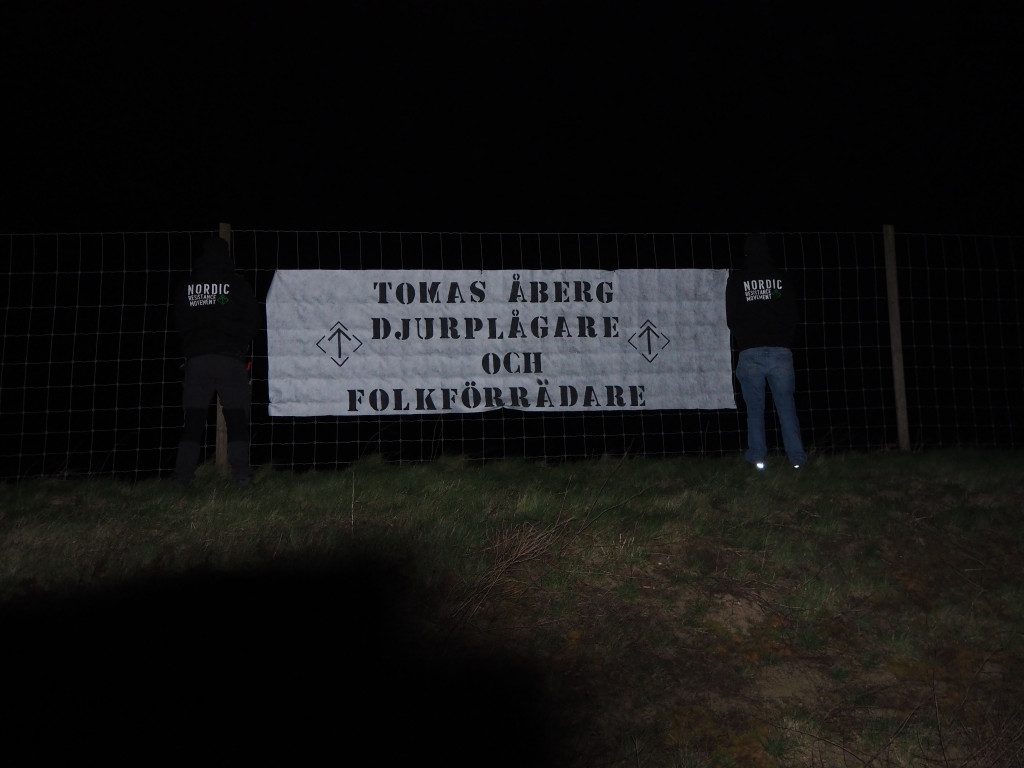 Tomas Åberg is a folk traitor of the worst kind, who does not just attack politically dissident organisations and parties but also – and above all – private people, many of them pensioners. It is a disgrace that Sweden’s pensioners, who already live a hard life thanks to the present system’s politics of population replacement, are punished when they speak up and point out society’s problems.

On the invitation to the lecture, Näthatsgranskaren describe themselves as an independent, non-political association in the service of democracy that is working to identify, investigate and in some cases report internet hate crimes and violations to the police. In November 2019 SVT wrote that Näthatsgranskaren had reported 500 internet thought crimes to the police, which had led to over 200 convictions. In alternative media it has emerged that many of the people reported and convicted were elderly Swedes who were found guilty of the thought crime of “incitement to racial hatred”.

With this action, the Nordic Resistance Movement want to make a clear show of resistance against Näthatsgranskaren and their heinous work of stifling views that are critical of the system. The action also aims to encourage everyone to protest against the suppression of free speech and show that folk traitors like Tomas Åberg are not wanted in the Nordic countries.