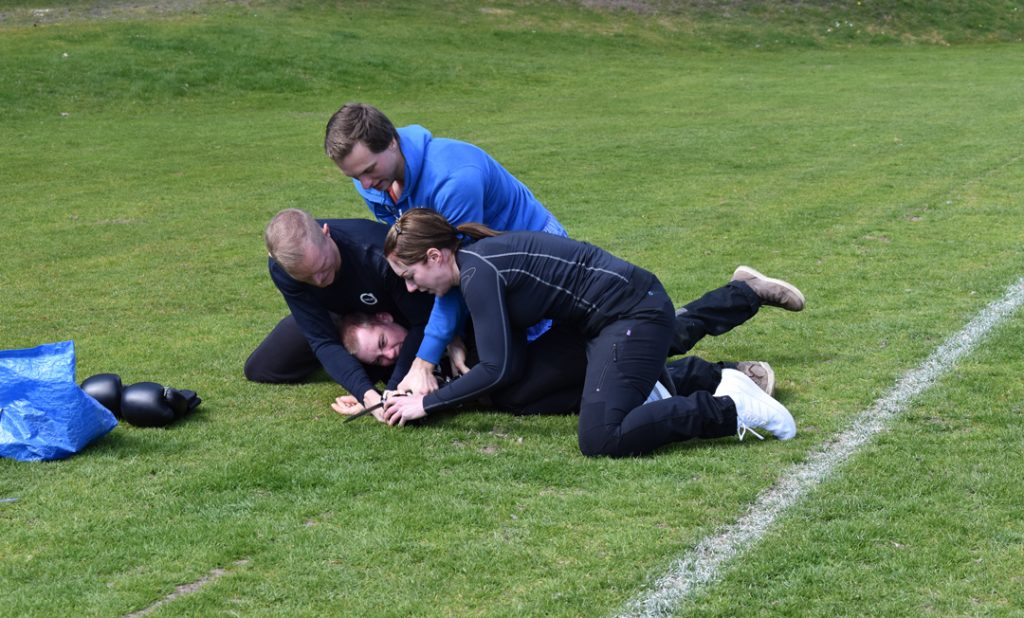 On Saturday 25th of April, activists from Nest 2 met for a communal day of activism. A beautiful sunny Saturday can’t be allowed to go to waste, so the activists made use of it in the best way possible – activism and group training.

The activists went to a busy motorway in the Gothenburg area, where they assembled on a bridge over the road. Once in place they unfurled a banner with the National Socialist message “Honk against Multiculturalism!”. 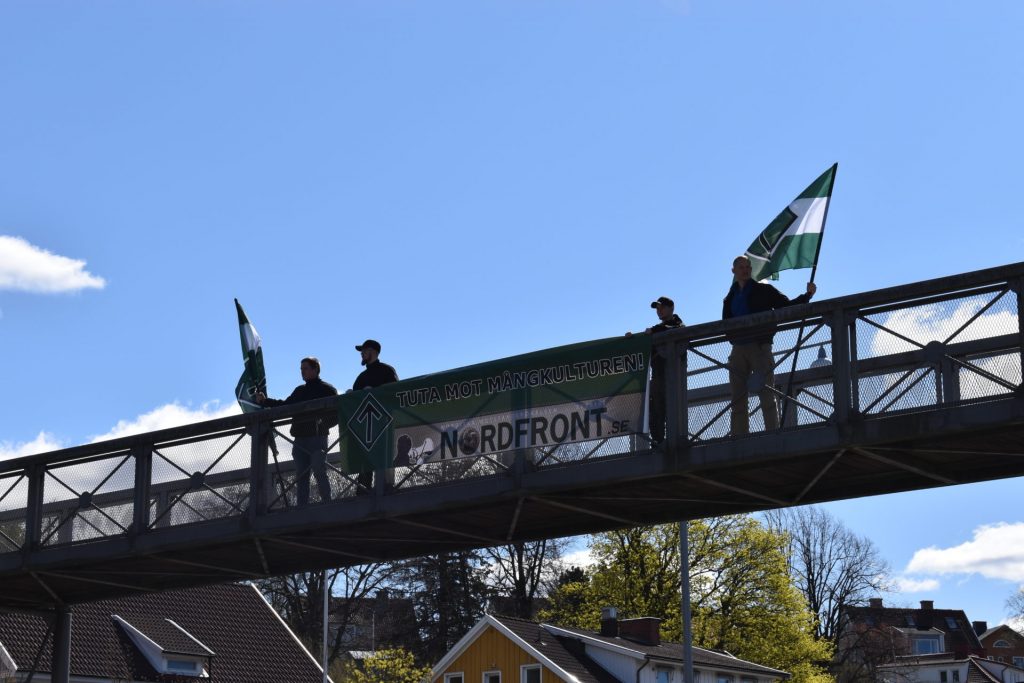 Throughout the activity, drivers honked their horns to show their appreciation for the message. Some motorists were so happy to see proud and upstanding Resistance men convey the National Socialist message that they stretched out their right arm to wish the activists victory!

Just before the activity was about to end, two reds who had noticed the Resistance Movement’s presence showed up. They were quick to take out their phones and start photographing the activity; however, after being confronted by the activists, the red revolutionaries quickly decided to leave the area. 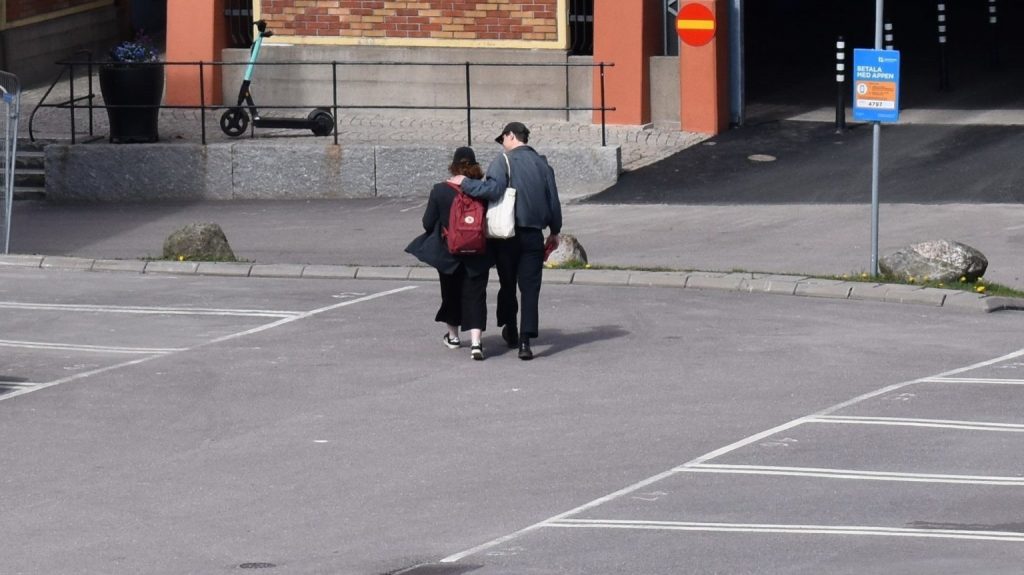 When the banner activity was over, it was time for martial arts training. All of the comrades met at a nearby football pitch to practise self-defence against knife attacks. The training tested the activists’ abilities and was extremely informative and realistic. The comrades learned how to disarm someone wielding a knife, as well as the best way to defend against a knife attack. 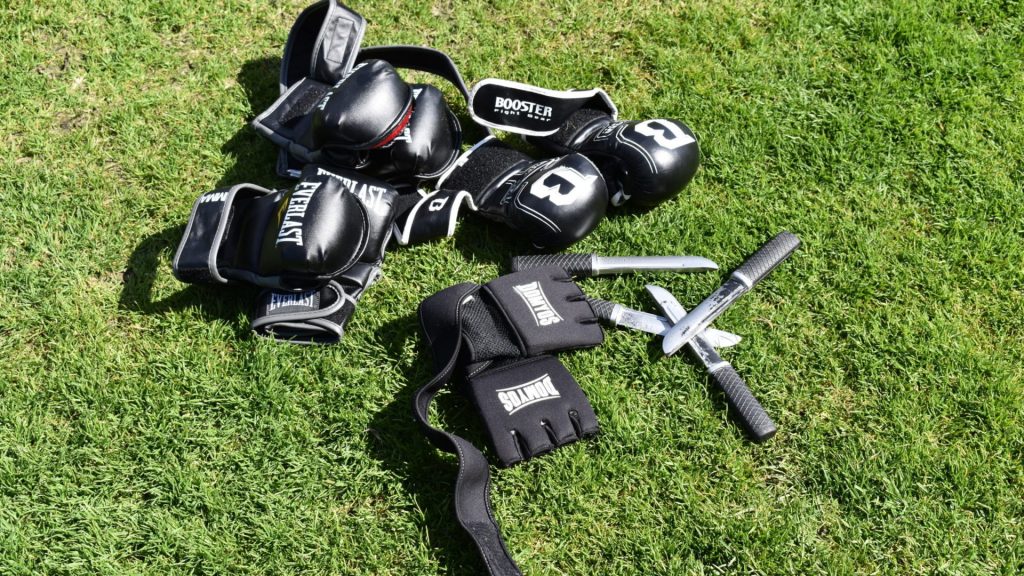 In today’s multicultural society, you can never be sure what’s lurking around the corner. Thus being able to defend yourself against a knife attack and using your body as a weapon are much-needed skills.

After the martial arts training, the day’s activities concluded, with all participants departing with strengthened bonds of comradeship.