RESISTANCE MOVEMENT. Bonnier News had to pay the Resistance Movement some compensatory shekels after its newspaper Skånska Dagbladet stole photos from the organisation’s Swedish website. 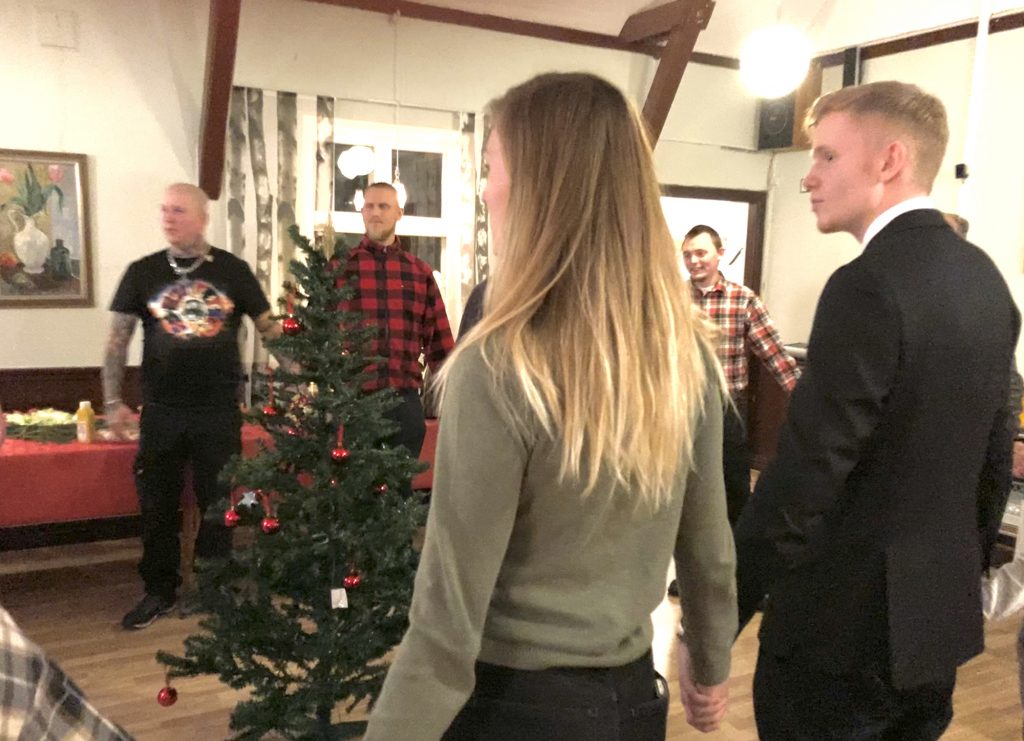 The Resistance Movement’s Swedish website – Motståndsrörelsen.se – previously reported two festive celebrations in Sweden’s Nest 3 – a traditional Christmas dinner and a ceremonious gathering on 20 April. The Skånska Dagbladet newspaper, which is now owned by Bonnier News (which owns most of the newspapers in Sweden) did not appreciate such events being celebrated by proud Nordic men and women. As such, they stole a total of four beautiful photos from the articles and used them to illustrate a hit piece criticising the family gatherings, in the hope that such events would not take place in the future.

Because the images belonged to Motståndsrörelsen.se, the publication demanded compensation, with the threat of legal action, unless 6,000 Swedish kronor (approximately 570 US dollars) was paid to the website by Skånska Dagbladet. Last week, Skånska Dagbladet decided to pay for their copyright infringement. Motståndsrörelsen.se has therefore become 6,000 kronor richer, paid for by the Jewish Bonnier family’s company.

The images that horrified Skånska Dagbladet
1 of 4

We asked the editor-in-chief of Motståndsrörelsen.se, Simon Lindberg, what he will do with the money:

“We’ll have a party with roast pig and shellfish! Ha ha, no, but there are always a huge number of things money needs to be spent on, as we run Motståndsrörelsen.se on a completely non-profit basis, with all expenses being paid for via contributions. This money will pay for servers and other things for some time to come. Above all, however, it is an important statement from us that people cannot steal our photos whenever it pleases them – and that the same laws apply when dealing with us as they do with everyone else.”