ACTIVISM. Activists and members from Norway’s Nest 3 recently conducted a symbolic hanging of a notorious paedophile.

Activists from Norway’s Nest 3 recently conducted a joint action highlighting the Resistance Movement’s view on paedophilia, as well as the connection between paedophilia and the homo lobby.

After making a doll featuring the face of the founder of the Norwegian LGBTQ movement, the activists went to a bridge over a busy road near Flesland Airport. A placard with the text “paedophile” was attached to the doll’s chest, while the homo lobby’s rainbow flag was draped over its shoulders, before the doll was hung by its neck from the bridge.

Several drivers slowed down out of curiosity, and when the activists were about to drive home, a group of people stood on the pavement and took photos of the doll. 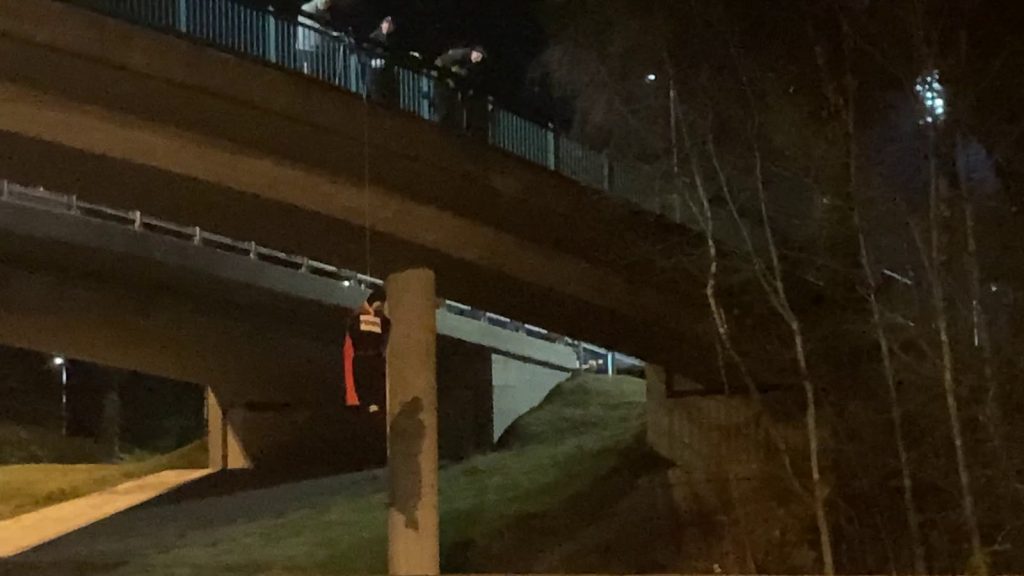 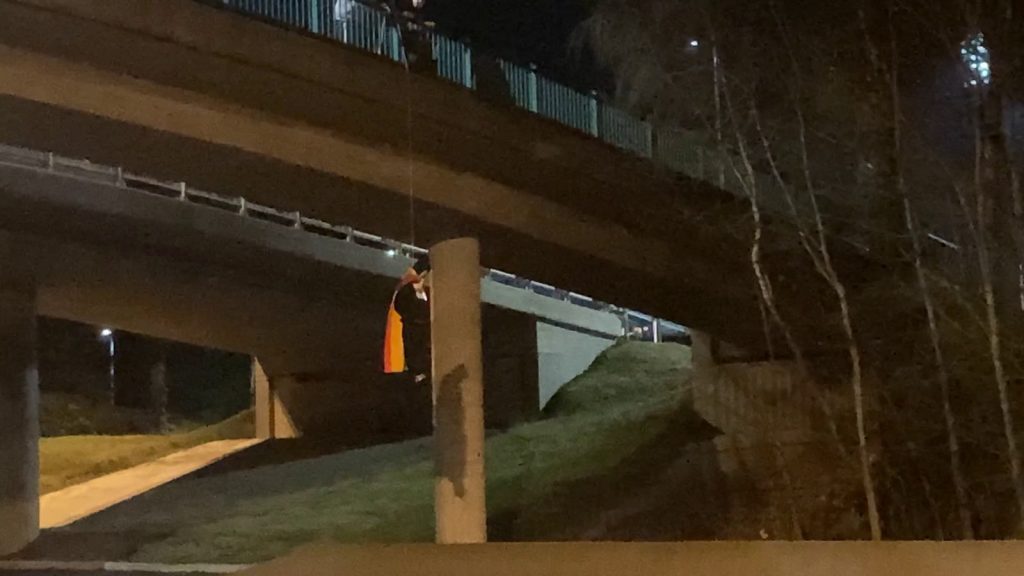 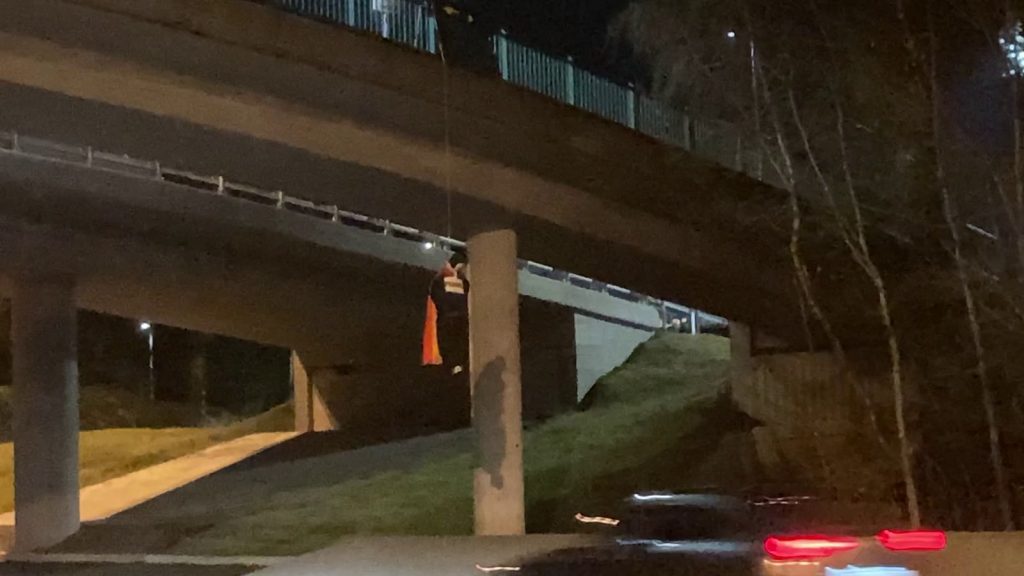 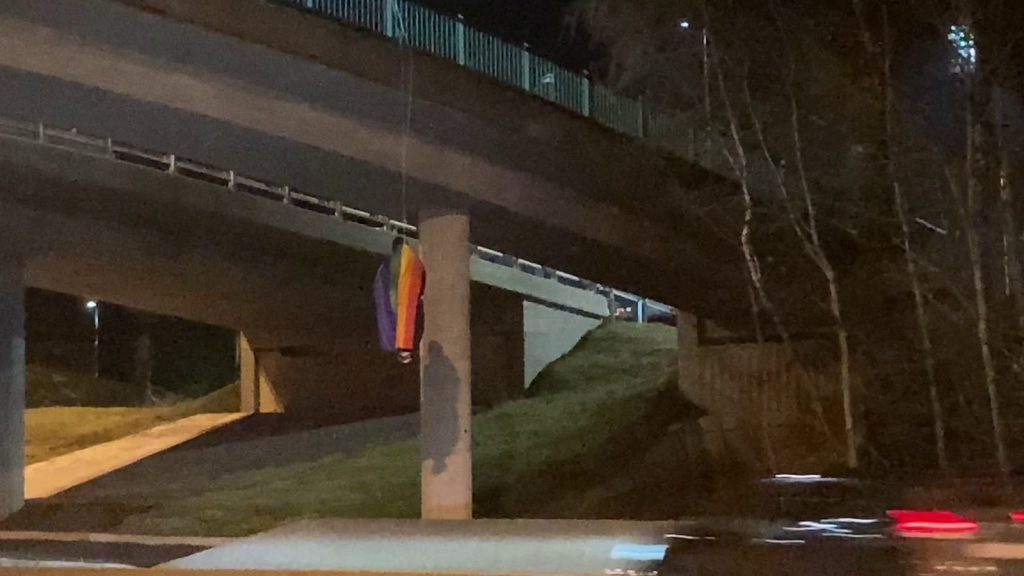 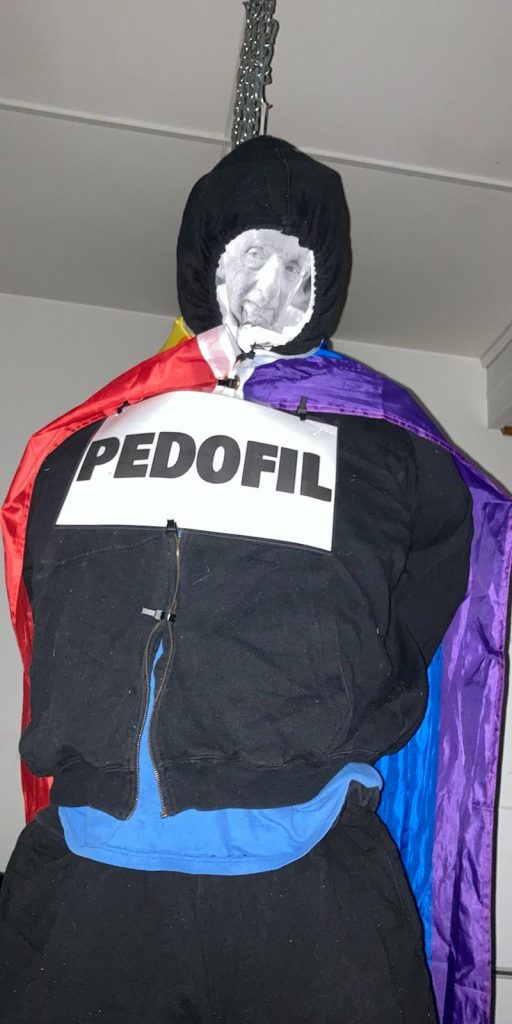