ACTIVISM. Activists from three different Nests met to distribute leaflets in Halmstad on Saturday, 15 February, before concluding the day with an educational activity.

The day began in Halmstad, south-west Sweden, where comrades from Nests 2, 3 and 7 met to give out leaflets on the streets. A large banner with the message “Stop the Population Replacement” was unfurled on the town square and could be seen by passing bus passengers. Although the weather was not at its best, there were still a lot of people in the town centre. Discussions arose with sympathisers as well as opponents. One opponent tried to hit one of the activists’ cameras out of his hands but suddenly tripped, presumably on an uneven cobblestone, and was not seen again.

The reception from the local people was civilised from the outset, even from the subsequent political opponents, who said they would take home a leaflet to read what we had written. Those who were sympathetic to the organisation thanked us for the work we do and expressed horror at the fact that white people will not be a majority in Sweden anymore if the traitorous politicians are not replaced.

After more than an hour’s leafleting in windy Halmstad, the group headed back to their cars and drove to a gathering place where food was being prepared. After eating in good company, the group sat in a circle for the day’s educational activity. Several discussions were held within the group, in which various activists shared their views, tips and tricks with the other participants on the subject of the day. 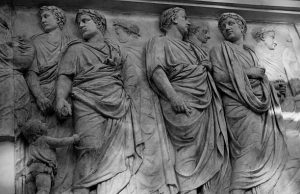