ACTIVISM. Members of the Nordic Resistance Movement held a public leaflet distribution in the centre of Randers, Denmark, on Saturday, 13 February.

A small group of members and activists from the Nordic Resistance Movement gathered in the centre of Randers in the middle of the day to spread the National Socialist message to the people.

Despite the low temperatures and Corona restrictions, there were still people on the town square, where the Resistance Movement took their positions with flags and a banner.

Several good discussions took place with the people, with more than a few being very interested in hearing about the organisation’s Nine Points and our vision for the future. 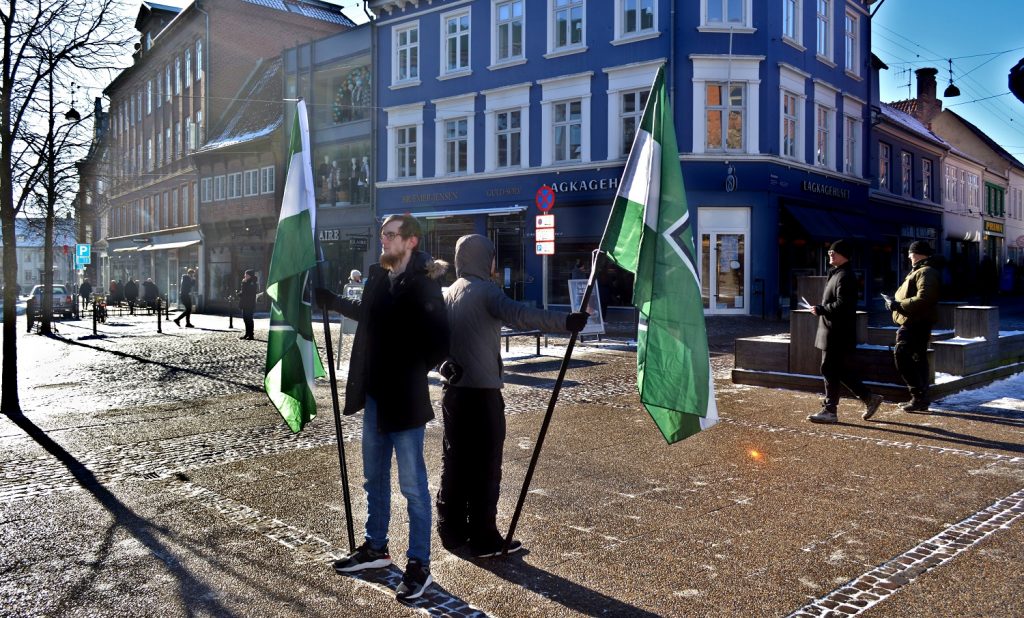