DRESDEN. On the weekend of 13–14 February, the Resistance Movement conducted nationwide activism to inform the people about the globalists’ war crimes and terrorism during World War II. 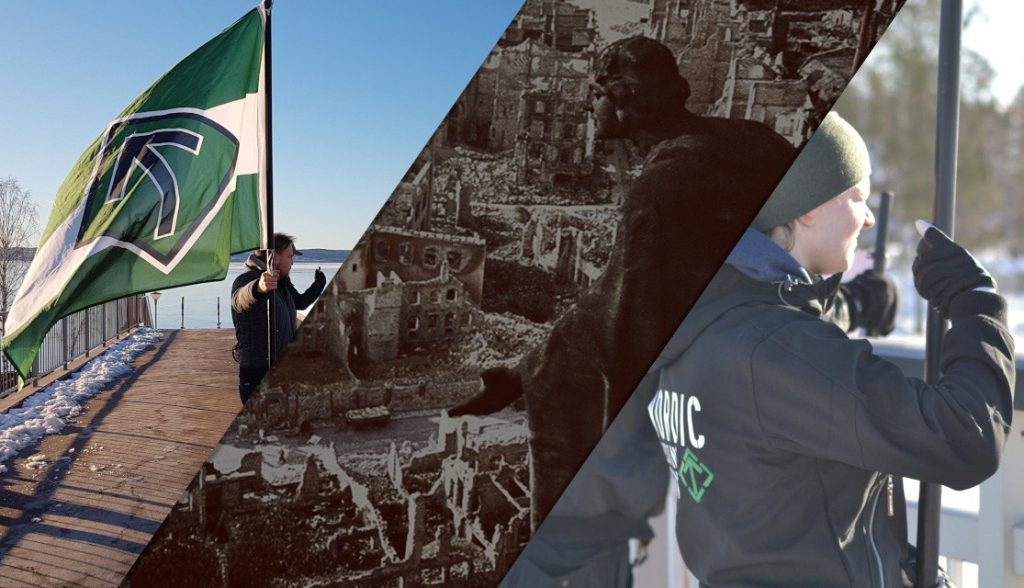 In February 1945, the British and American air forces conducted a massive terrorist bombing of the German city of Dresden, killing hundreds of thousands of civilians. The bombing was so immense and intensive that it created a hurricane of fire and heat in the middle of the city. On the city’s outskirts, the roads began to melt, and people trying to escape were stuck in the asphalt and died terrible deaths as their skin burned to ashes on the fiery ground.

Today the globalists are trying to hide this heinous act of Biblical proportions, which is why the Resistance Movement draw attention to it every year, while also honouring the memory of all of those who died. All across the country, leaflets were distributed, posters were put up and banners were displayed.

Nest 7 held a banner action over the E4 road in Jönköping. Many drivers beeped their horns and waved with a smile when they saw the Tyr rune flag. After a while, the police showed up in two cars and a van to harass the Resistance fighters. When the action was over, the comrades were followed and searched.

In Nest 3, activists stood with banners and flags over the E6 road – the first hour south of Landskrona and the second hour in Helsingborg. Leaflets were also distributed in Blekinge and Helsingborg, and banners were put up across the Nest. The day was concluded by watching the documentary Hellstorm, which was a fitting choice given the subject of the day.

Nest 8 held a memorial action and leaflet distribution in Eskilstuna. 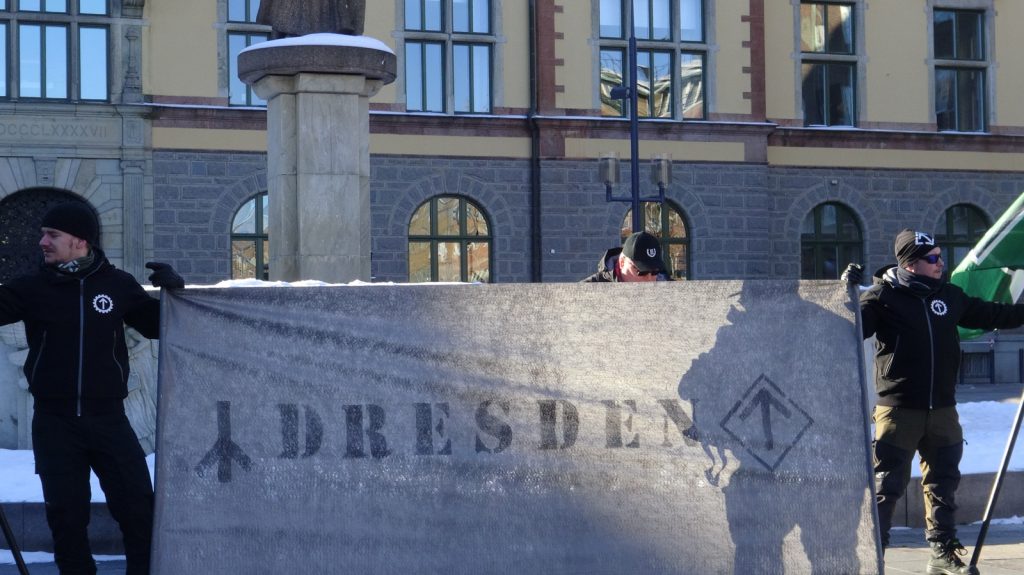 On Sunday, Nest 5 held a banner action in Karlstad. They also put up posters and distributed leaflets.

There was also extensive activism in Norway: