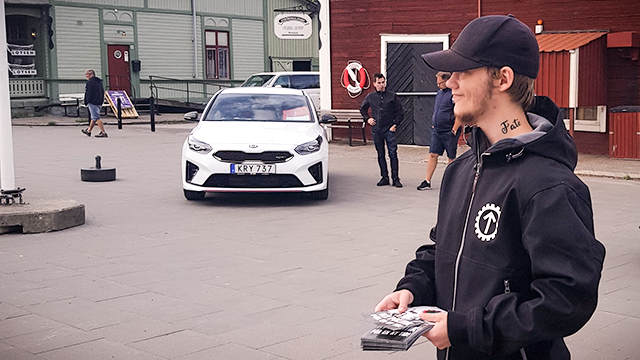 On the 3rd of July, part of activist group 801 held a public leafleting session at Nyköping harbour. Every Wednesday throughout the summer, there is a car meet-up in the town, with a different theme each week. On this day it was American classic cars, and a lot of people, as well as many fine cars, were at the port. There was also a live band playing country and rock music, and the atmosphere was very pleasant.

The activism went as planed, and most of the visitors received leaflets. Many members of the public were outwardly positive, and the number of negative comments was insignificant.