ACTIVISM. On Sweden’s National Day, activist group 203 were out on the streets of Dalsland for public activities in the towns of Ed and Mellerud. 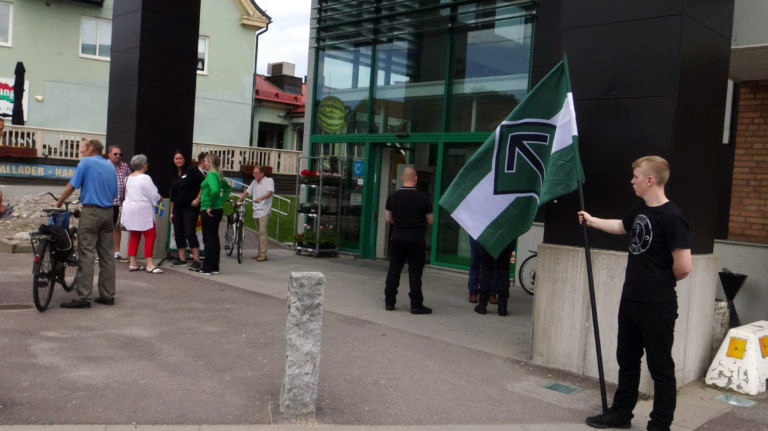 The day began in Ed, in the Dals-Ed municipality, where activists set up with a flag and leaflets outside the Coop store. The first 20 minutes passed calmly with only a few shoppers around, but soon after more people started coming over to talk.

The discussions were mostly about whether the area outside the shop was a public place or not. Several Coop staff members came out and argued about this topic. Many passers-by also joined the discussion, with quite a few of them taking the side of the Resistance men regarding the organisation’s right to spread our message. 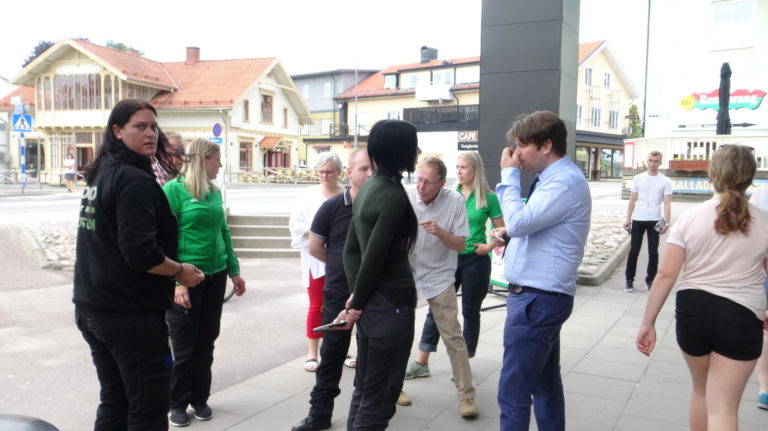 Others were less sympathetic, including a bi-racial lesbian couple with both black and white children who thought it was horrible that the activists were there.

The activity concluded after an hour and a half, and the activists were given phone numbers by some locals who wanted further contact. 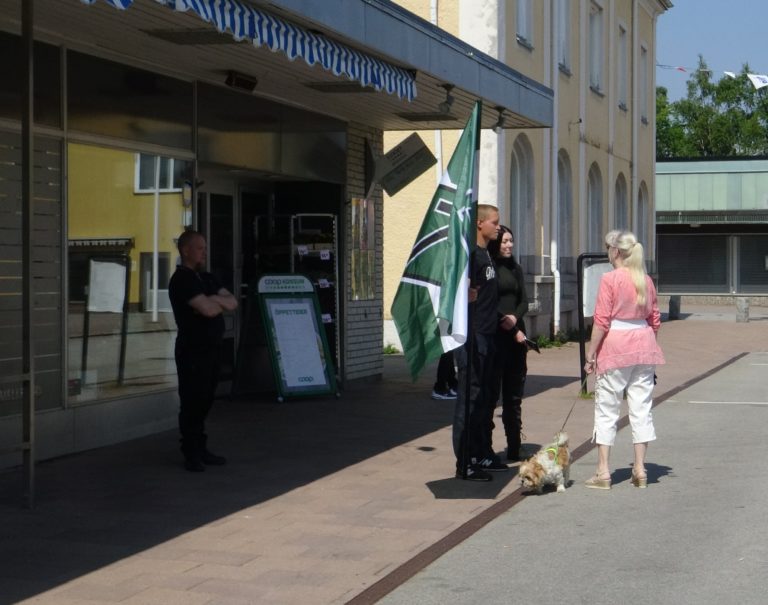 There were fewer people about in the town of Mellerud, so it was much calmer than at the previous activity. Some interesting discussions were had here too, with several people wanting to talk more at a later opportunity.

Mellerud has had big problems with racial foreigners who have been known to gather together in gangs of over 30 people armed with various types of weapons and attack the local youth. Some of these cultural enrichers were seen on the streets in different cars during the activity, but they kept themselves at a distance while the Resistance Movement was present.

The activity in Mellerud finished after an hour and the comrades moved on to enjoy a meal together. All in all, it was a successful day under the sign of the Tyr rune!