ACTIVISM. Sweden’s Nest 3 launched a new campaign under the slogan “For Blood and Soil” in Ängelholm last weekend. 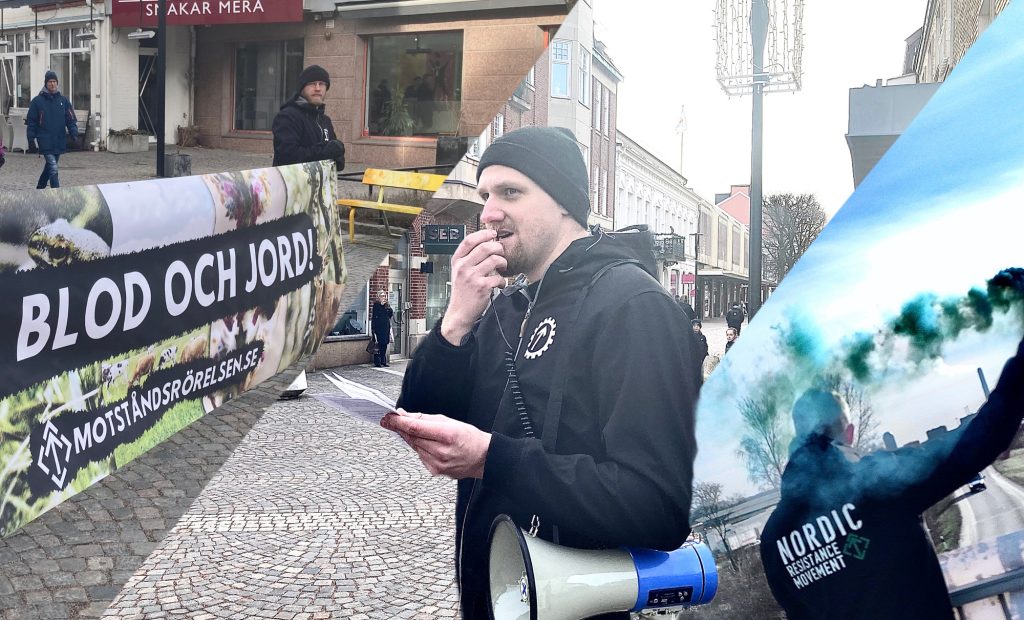 Activists met in Ängelholm on Saturday, 12 February, to begin a new campaign under the name “For Blood and Soil”.

The activists took their positions with a banner on a pedestrian street in the town centre, where Daniel Gerdås gave a speech. 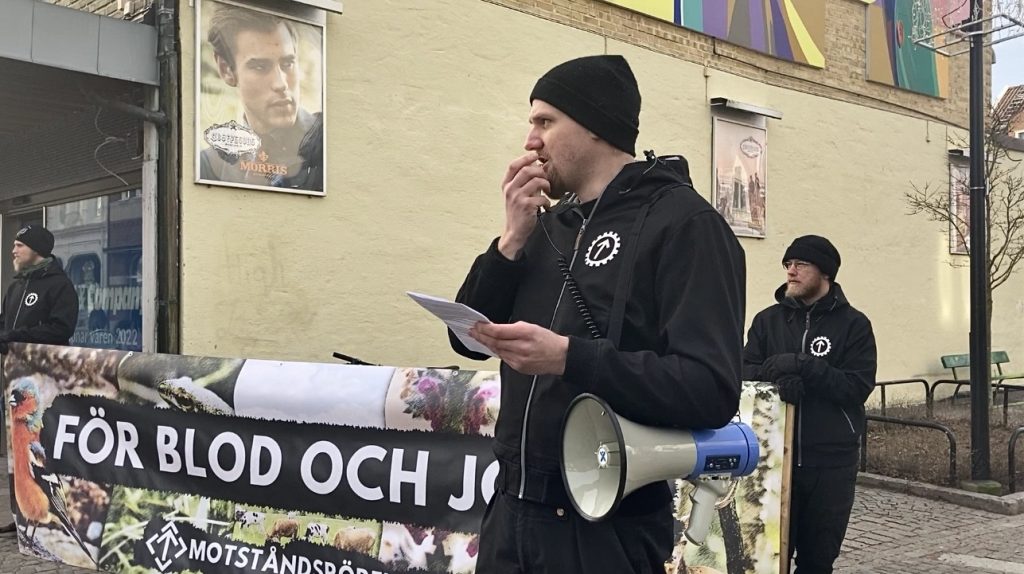 Excerpts from the speech:

Man is not the master of nature; man is a part of nature. Man is just as bound and subject to nature’s laws as every other living creature. Nature cannot just be bled dry. Sooner or later, she will strike back at us. When our soils are depleted, our forests dead and the oceans emptied of all life, what will we live on?

Capitalism must be crushed!

The exploitation must cease, and we must see ourselves as a part of nature!

Specially designed leaflets on the theme were handed out to passers-by. 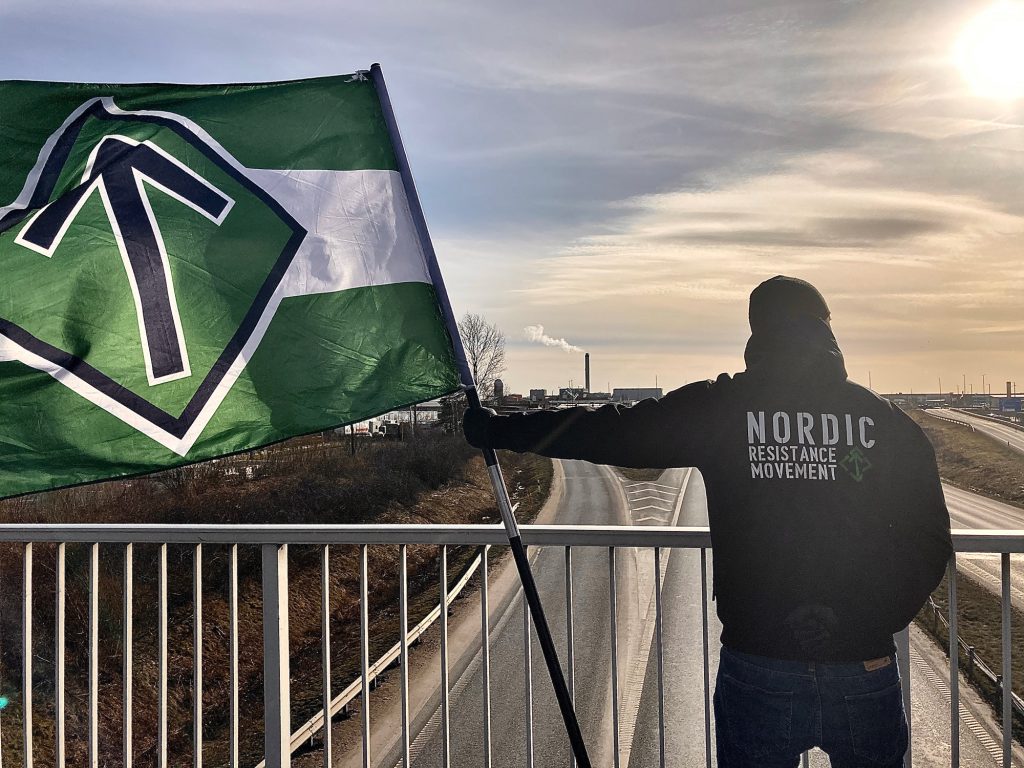 After visiting central Ängelholm and spreading the Nordic Resistance Movement’s environmentally friendly, pro-nature message, the activists went to a bridge over the E6 motorway in the eastern part of town for a banner action. 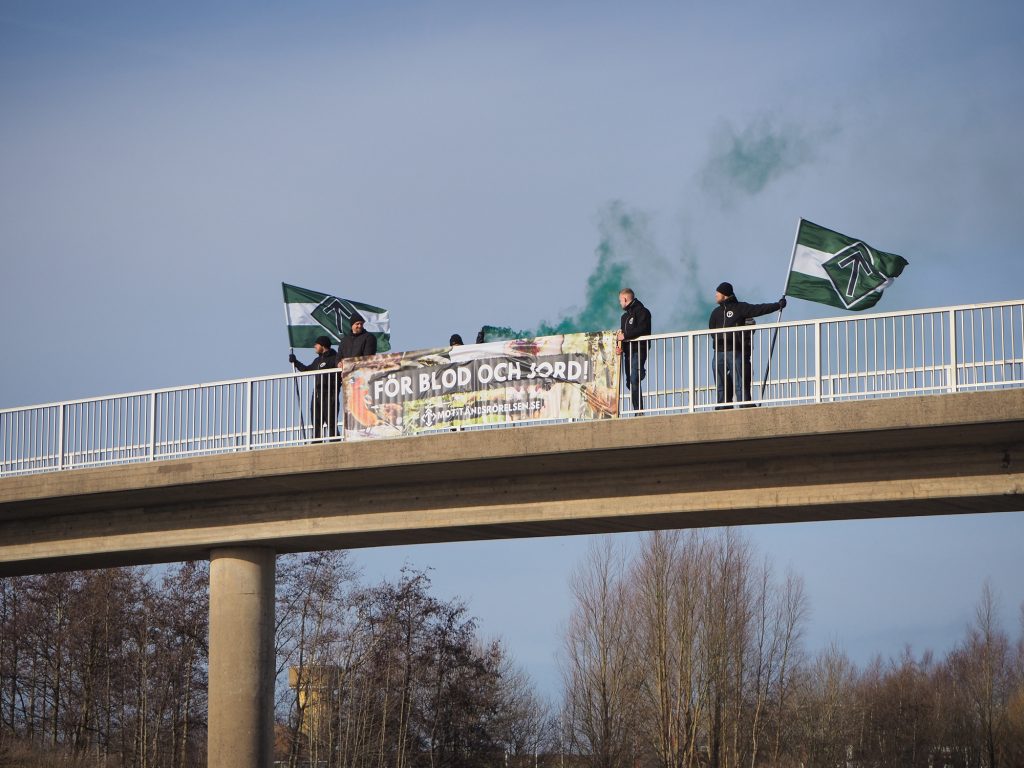 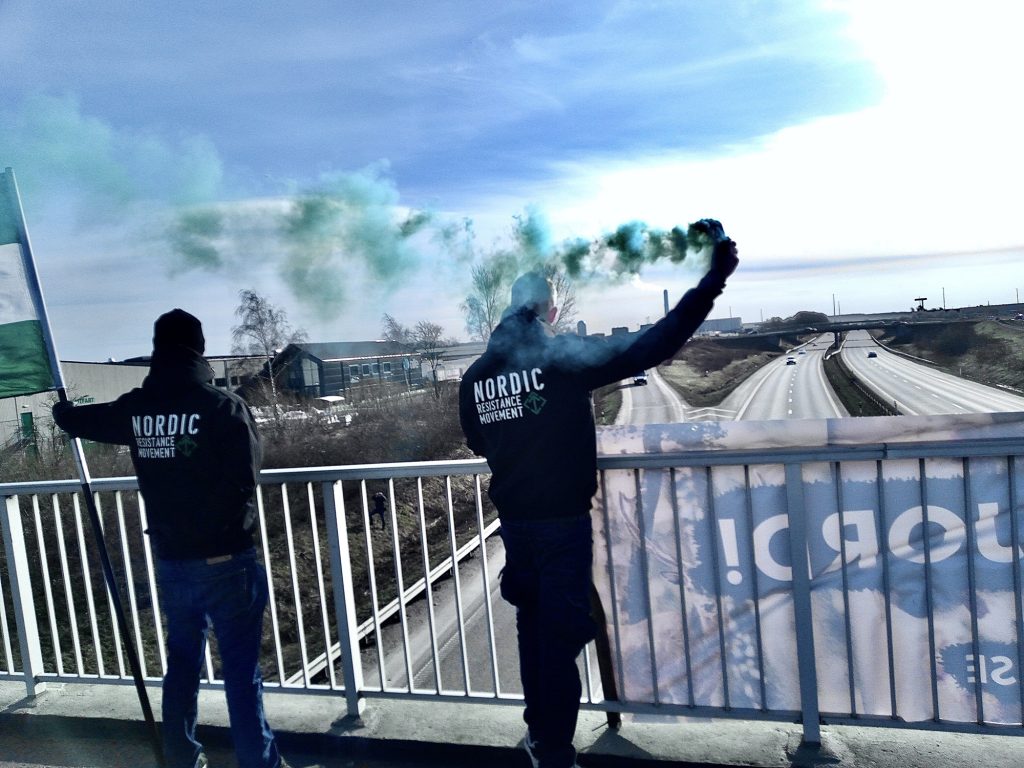 Several hundred cars passed under the Resistance Movement’s flags and banner, with many drivers beeping their horns, waving and giving the thumbs-up to the National Socialists. After a while, the police came to register the opinions of the activists and search them, which made the activity even more prominent to onlookers. Finding nothing illegal and feeling somewhat disappointed, the police were forced to release the activists without criminal suspicion.

Can you tell us a bit more about the new campaign and why you started it?

Protecting our blood and soil is the very core of our ideology. We fight for the blood that flows in our veins, and for the survival and freedom of the Nordic people. We also fight to protect nature, which gives us everything we need to live; however, like our people’s existence, it is threatened today by greedy globalists who think only of economic gain and are destroying our planet with our corrupt rulers’ permission.

The goal of the campaign is precisely what Daniel Gerdås said when interviewed about the matter; namely, to take back the issues of animal rights and environmentalism from the Left, who have long believed they have a monopoly on these important matters. We aim to inform the general public that only National Socialist policies can save our environment, and that the Nordic Resistance Movement is the only true green movement.

How important are environmental issues compared with the population replacement and mass immigration?

Stopping the population replacement will naturally be the Resistance Movement’s most urgent and prioritised task after coming to power. However, the destruction of nature and the environment is a very pressing issue as well. With this campaign, we want to show that the Resistance Movement is not solely focussed on one topic – as many Swedes seem to believe – but rather that we are a movement with a complete worldview that covers all of life’s conceivable issues. We want to show that we not only intend to improve the lives of the Nordic people, but also those of our flora and fauna, via policies that are in harmony with the laws of nature. 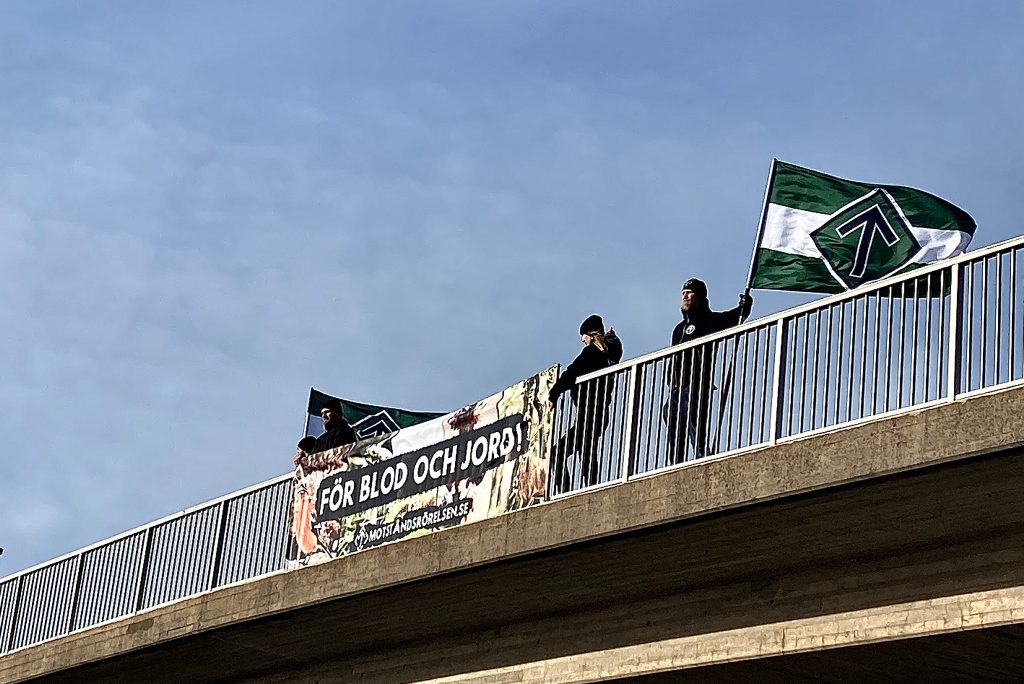 How was the message received by the public?

It was received pretty well, actually. The specially produced leaflets and banner seemed to interest a lot of people who would have usually just walked past. However, the police were a little annoying this time. It’s aggravating when the police don’t know anything about Swedish law and have to wait for orders from their superiors, who almost always tell them the same thing we do. Of course, this did not affect our moral, and we will naturally continue to encourage our people to join the struggle at an unabated pace.

Thank you for the interview!

Nest 3 have a history of conducting actions that protect the environment and highlight the politicians’ betrayal of nature. Examples include removing litter from green spaces and dumping it at the houses of those responsible.

Further reading on the Resistance Movement’s policies on nature and the environment can be found in Point 6 of Our Path – Nature and the Environment and a recent article by Nest 3 chief Daniel Gerdås – Climate threats and real environmental problems.

We also recommend Episode 11 of Leadership Perspective, which includes a discussion of the Resistance Movement’s green world view.