After Angela Merkel opened Germany’s borders in 2015, a large number of illegal immigrants invaded Germany and its social systems. The pressure caused by illegal immigration is getting greater and greater due to the fact that many migrants have started travelling through Belarus in recent months. From Belarus they go to Poland, and from Poland they invade Germany. Most of the migrants come from Yemen, Iraq, Iran and Afghanistan.

A lot of Germans living close to the border between Germany and Poland (which is questionable under international law) told members of Germany’s leading revolutionary movement about the huge invasion of illegal immigrants there. In response, members of Der III. Weg started a border guard campaign. Together with people living in and around the border town of Guben, they started watching the border on the night of 23 October. 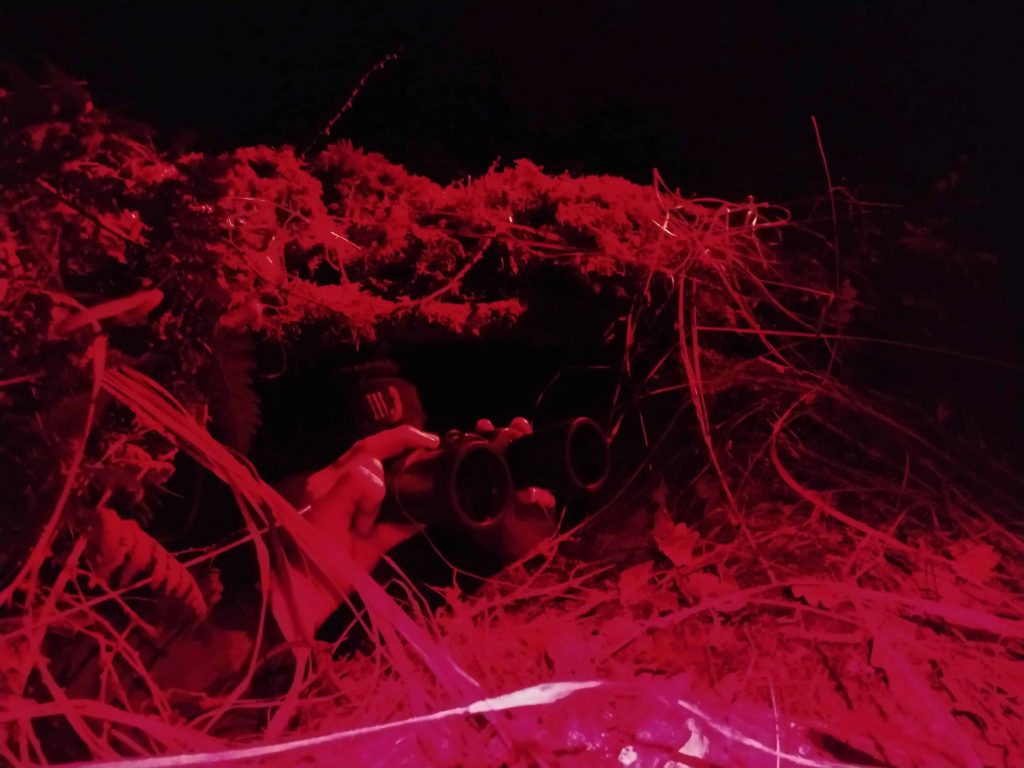 Prior to the campaign, the mainstream media tried to criminalise the members of Der III. Weg and tell the people that they would do something illegal. This is very bizarre because illegal immigration, which is clearly against the law, appears to be legitimate in the eyes of the system’s journalists. However, they view those who protect the law as criminals. So according to left-wing journalists in Germany, protecting the borders is criminal, but illegal invasion is fine.

On the night of 23 October, 30 volunteer border guards were arrested by the police and were sent out of the city. Matthias Fischer, Deputy Chairman of Der III. Weg, was also present and was harassed by the police. Of course, a lot of anti-German journalists were there to report their lies. Interestingly, some of them had been transported to Guben by the police. This suggests the police work hand in hand with those who try to criminalise the rightful action of securing the border.

Guben: The safest part of the border for one night

The campaign led to some interesting developments. On both the German and Polish sides of the border, there were so many police officers that Guben became the safest part of the Polish-German border that night. Ultimately, the activity was a great success and served as an effective promotion of Germany’s leading revolutionary movement. Der III. Weg have announced that the border guard campaign will be continued, so stay tuned for further news.