ACTIVISM. On Saturday 6 July, activists from Nest 3 were out on the streets of Helsingborg to inform the people about National Socialism. 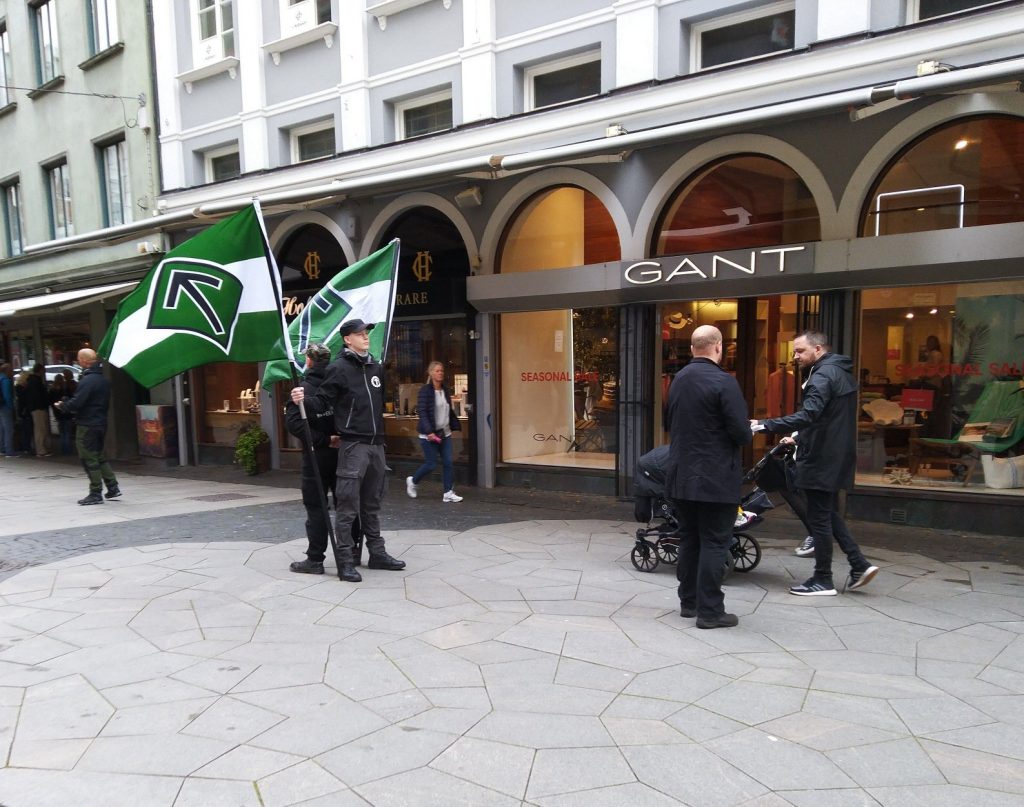 The weather was drizzly during the activity, so the conversations were sparse, but many people took leaflets and some said they were long-standing readers of Nordfront.

A woman from Canada told the activists she loved multiculturalism and wanted to see all people mixed together. She also said that defending white people’s existence is hate and not love, and that Stockholm is segregated.

The activists asked her where she lived. Unsurprisingly, it turned out she resided in Stockholm’s inner city, far away from the “multiculturalism” she claimed to love, and was contributing to the segregation of society herself.

As is usually the case, the hypocrite had a thousand excuses for not moving to a suburb like Rinkeby. It’s always other whites who should live out in the suburbs.

After more than an hour had passed, the activity was concluded. 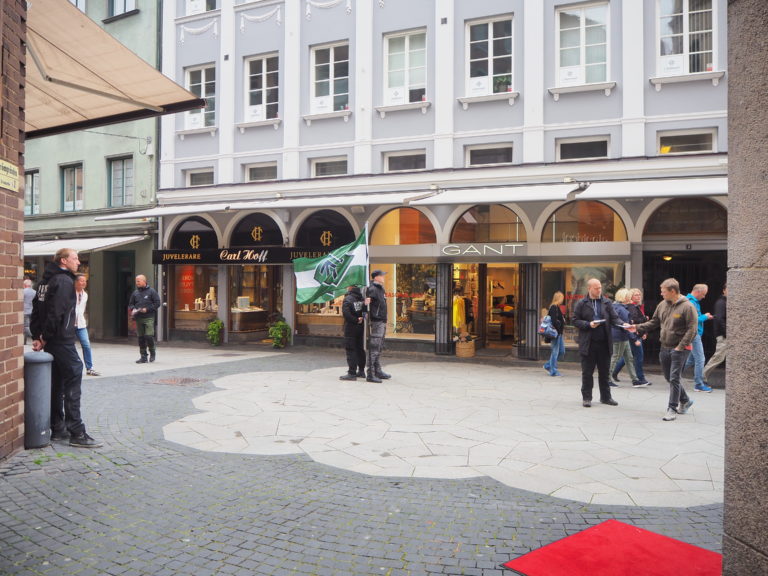 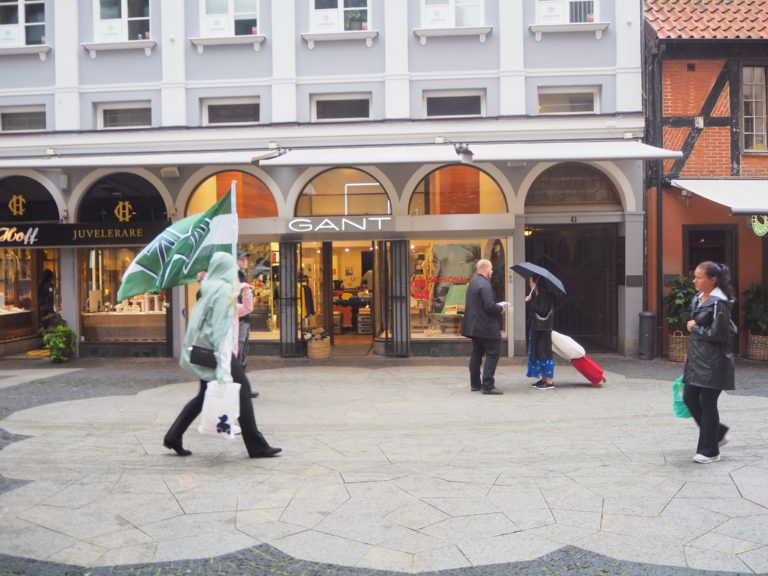