RESISTANCE NEWS. Three Nordic Resistance Movement members in Norway will appear in Kristiansand District Court in August, charged with “hate crimes”. The case relates to an activism session last year in which a banner featuring swastika symbols was publicly displayed. 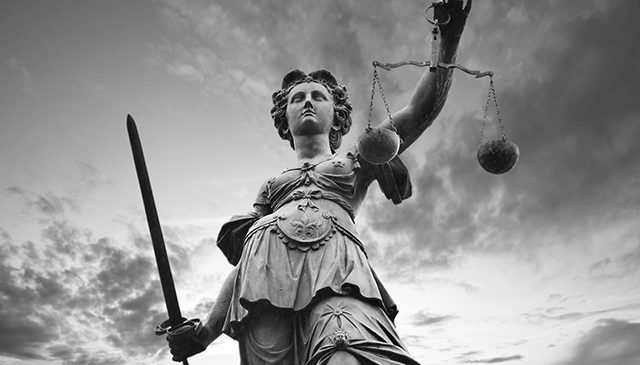 The men charged are Tommy Olsen (National Council member and long-serving activist in the Resistance Movement) and the members Jan-Christopher Pedersen and Ronny Bårdsen.

The charges relate to National Socialist activism conducted on 9 April 2018, during which a banner was displayed featuring two swastikas and the words “We Are Back”, referring to the then-78-year anniversary of Germany’s invasion of Norway during World War II. The men were stopped by police for the activity and later fined 10,000 kroner for contravening penal code paragraph 185, which concerns “expressions of hatred”.

None of the Resistance men agreed to pay the fine, as they naturally did not regard the message of their activism as being “hateful”. As such the case will be tried in Kristiansand District Court on 20 August.

Haakon Forwald, Chief of the Norwegian branch of the Resistance Movement, made this statement on the case:

This is an historic and extremely important trial, as it will legally decide the extent to which the swastika – and in the long term potentially also National Socialism – will or will not be criminalised.

The system likely wishes to transition into a very legally ambiguous area, deviating from foundational juridical principles like equality before the law, as has been the case in Sweden.

This would mean use of the swastika as a symbol would be allowed if the user’s intent were to demonise National Socialism, Adolf Hitler, the Third Reich etc. However, for a National Socialist who wished to further the ideology, or just wanted to convey an objective view of the Second World War and Adolf Hitler, use of the swastika would be illegal and deemed a “hateful expression”.

It should also be noted that the system will in no way content itself with banning the swastika but will instead continue to use censorship and repression to smother all forms of criticism of the system. The path from the swastika to the Tyr rune and Thor’s hammer is short, as is the path from National Socialism to revisionism and criticism of Jewish power and mass immigration.

In other words, it’s a case that affects everyone – not just National Socialists and nationalists – but all who value freedom of expression and equality before the law, and not least those who oppose totalitarian and dictatorial methods such as political discrimination, repression and censorship.

Protest and resist – and above all become active in the struggle!