RESISTANCE MOVEMENT. The Nordic Resistance Movement presents a video from the Nordic Days 2020 pentathlon and an interview with the Nordic Man of the Year, Martin Saxlind. 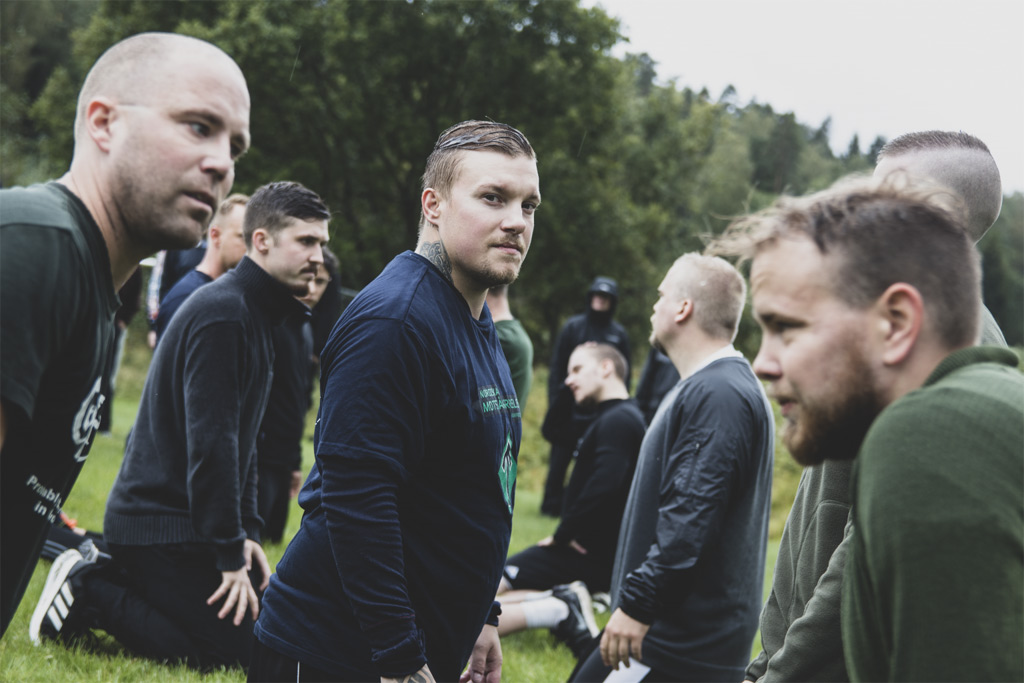 This year’s Nordic Days event was once again very successful, as previously reported on NordicResistanceMovement.org. One of the most popular features on the agenda was the pentathlon, which was enjoyed by the participants and spectators alike despite the initial heavy rain.

The pentathlon consisted of team wrestling, a Nordic shield battle, tug of war, an obstacle course and weightlifting. It was a balanced competition in which strength, agility, tactics and will were decisive factors in determining victory. 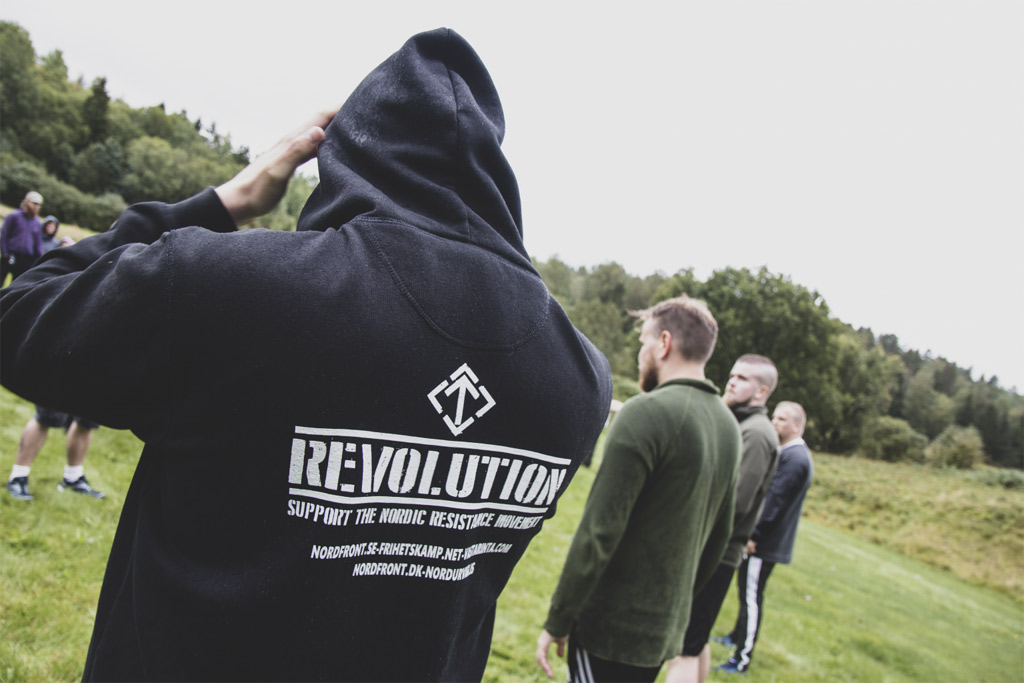 Video from the pentathlon:

After a hard day of competition, Martin Saxlind was finally announced as 2020’s Nordic Man of the Year.

Martin is not just a long-serving activist and the acting nest chief for Nest 4; he’s also the editor-in-chief and a writer for Nordfront, as well as one of the hosts on Radio Nordfront.

Below is a selection of his written articles:

Martin did particularly well in the final and decisive individual deadlift event, in which he performed 17 military press reps with a weight of 50 kg. The other exercises in the final event were the farmer’s walk and regular deadlifts.

Martin was a well-deserved winner, as Cedric Höglund described in his account of Nordic Days 2020:

I think all of the event’s attendees agreed that Martin truly deserved the title of Nordic Man of the Year, as he wasn’t just a clear winner in the pentathlon and final individual weightlifting event, but also because he advances the struggle for the Nordic people with pride 365 days a year.

Interview with the Nordic Man of the Year

It’s well known that you train often and train hard. When did you first begin to work out?

I started strength training when I was in high school, working out at home with a barbell, bench and door trapeze in the garage. Before that I had played football and practised athletics pretty much all of my childhood. When I left home, I did a lot of bodyweight and circuit training for a few years before I got a gym membership.

I have modified my training routine a bit over the years, and right now I’m improvising and going with my gut feeling. My main goal at the gym is to get better at basic exercises, and my schedule is quite fluid because some basic exercises require more rest days than others. I also do a lot of other exercises besides basic exercises, and some mobility training when I’m at the gym too. One tip is to do an exercise such as leg stretches if you’re doing heavy bench presses and have long rest periods between each set. Or you can superset an extra exercise that doesn’t disrupt your main one but still hits a muscle you’re working on that day. I do a lot of that, which makes the workouts long, but I also have the time to lift and stretch a lot.

How long have you been in the Resistance Movement?

What do you think about this year’s Nordic Days compared to last year?

What stood out this year was probably the large number of children who were present, and that the organisation was very good. Otherwise it was like usual – filled with things happening all day and friendly socialising during the breaks. Another thing of note was the amount of arm wrestling when the bar opened in the evening.

Who are your role models?

There are a lot of people I’ve been inspired by and look up to, both living and dead, so it’s a little difficult to choose one to highlight. But I can mention someone who’s a little less well-known and the person I’ve learnt the most from this year: Jocko Willink. He’s an American former elite soldier and war veteran who released a book at the beginning of the year about leadership. It’s very well worth reading and is the best book I’ve read this year.

What is your favourite quote?

I don’t know if I have a favourite quote. I like the Havamal quote about the only permanent thing besides death is that you will be remembered for your good deeds. Another quote that often (but not always) makes for a good attitude to have for strength training and martial arts is: “What doesn’t kill you makes you stronger”. In other words, instead of whining or feeling sorry for yourself, you should see pain, challenges and setbacks as possibilities to become stronger or wiser.

You are one of the Resistance Movement’s most driven and fanatical activists. What inspires you and makes you always keep fighting for the Nordic Nation?

I fight because we are right. Without revolutionary changes, our countries will continue to become more dysfunctional, degenerate and anti-white.

That was a nice dragon-slaying sword you earned for yourself. What kinds of dragons do you intend to kill with it in the future?

I don’t have anything against dragons and I’m in favour of biological diversity, so I’ll probably skip any dragon hunting. 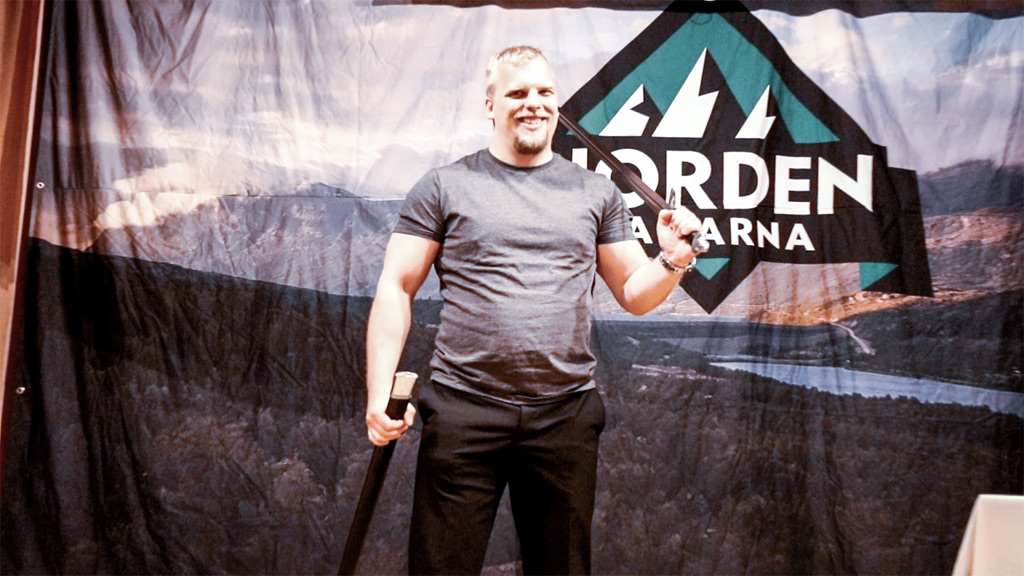 Do you have anything else to add?

I can say in conclusion that gatherings like these are important to raise morale, expand networks and exchange ideas. Unfortunately the corona situation meant that this meeting was a little closed-off, and even in previous years the invitations have often not been public. Therefore many people who would have liked to be at Nordic Days didn’t even know about the meeting. If you are in that situation, you can always contact me or some other public member in the Resistance Movement. 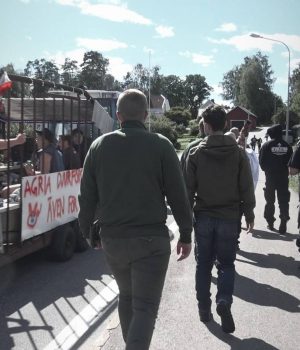 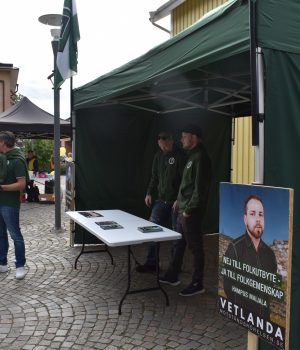