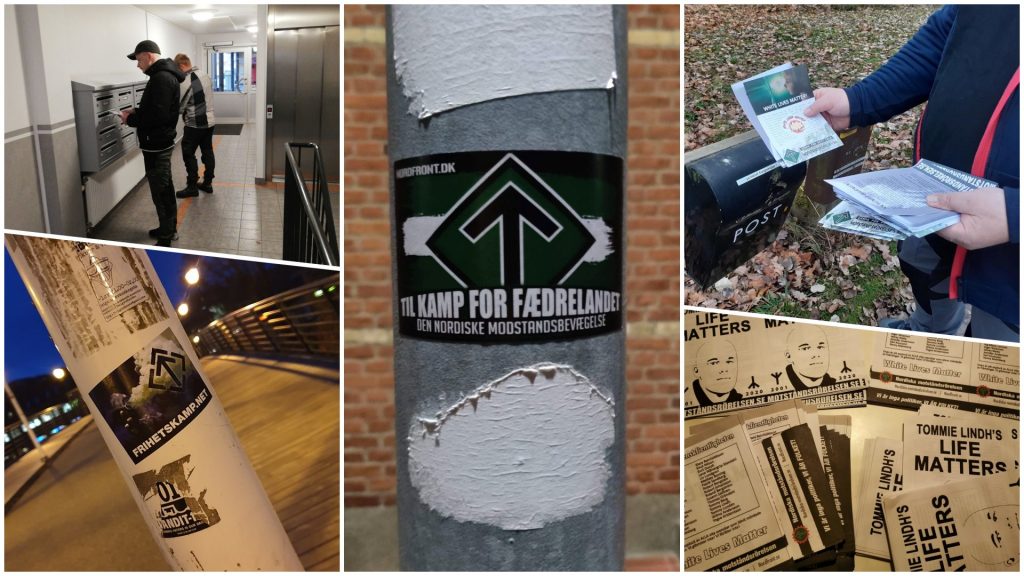 A “Nordic Resistance Movement” banner was put up in the multicultural neighbourhood of Rissne, in Sundbyberg Municipality. 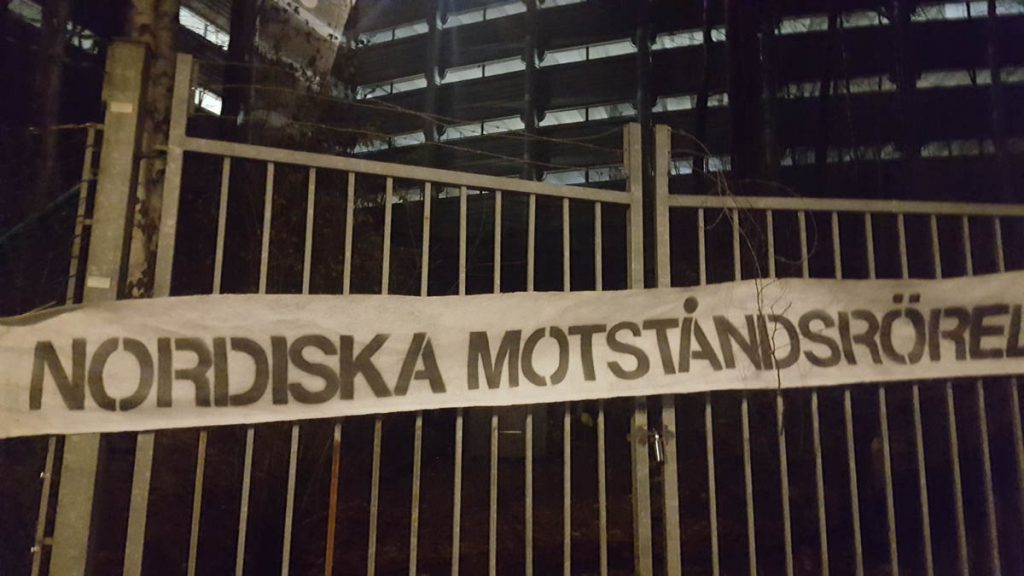 A sympathiser placed stickers in various locations in Borås on 16 November.

Spray-painting activism took place in central Södertälje on the night of 15 November. A number of previously grey electricity cabinets were decorated with a Tyr rune and green background.

Members were in Aneby on 17 November to spread information about anti-Swedishness and its many victims. 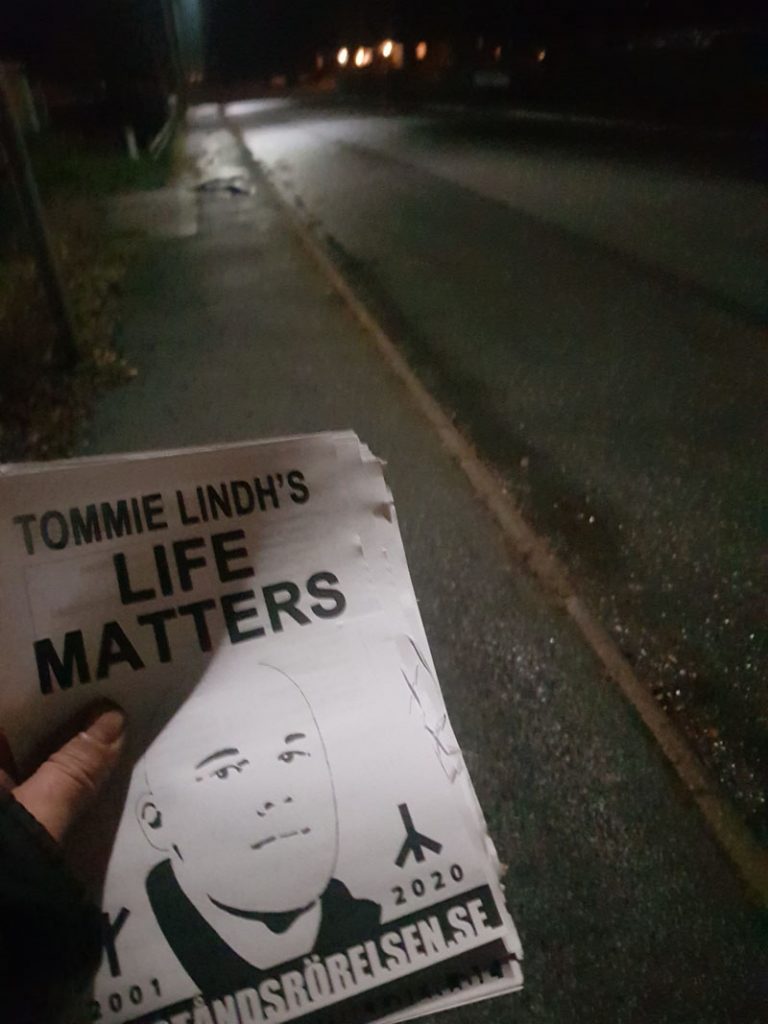 Several members were in Hultsfred to deliver leaflets on Sunday, 15 November. Over a few hours, approximately 500 residents received our message, which informs people that we will not forget our murdered countrymen.

Over 900 leaflets were printed and several banners were made during Week 47.

Leaflets were delivered in central Partille, near Gothenburg, on Tuesday evening, 17 November. The leaflets informed residents about the riots in the USA and the White Lives Matter message. 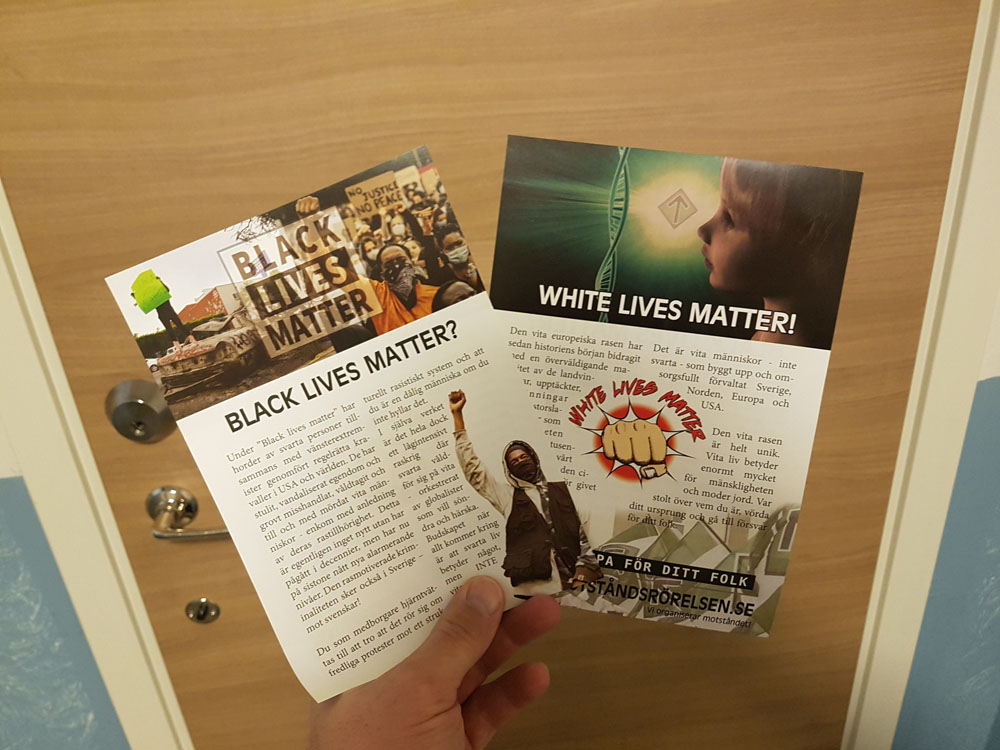 Comrades gathered in Tranemo Municipality to put up posters on the evening of 17 November. Both the outskirts and centre of Limmared were decorated with a healthy, forward-looking National Socialist message.

Comrades from Nest 1 hung up a “Nordic Resistance Movement” banner in Södertälje Municipality in the early morning of Friday, 20 November. 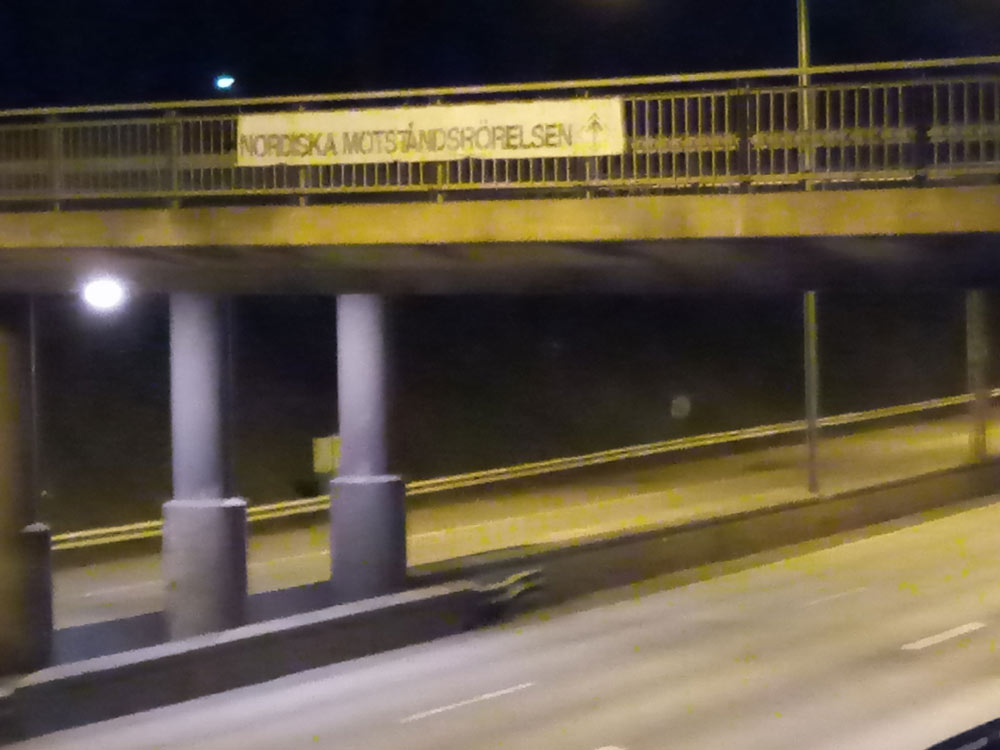 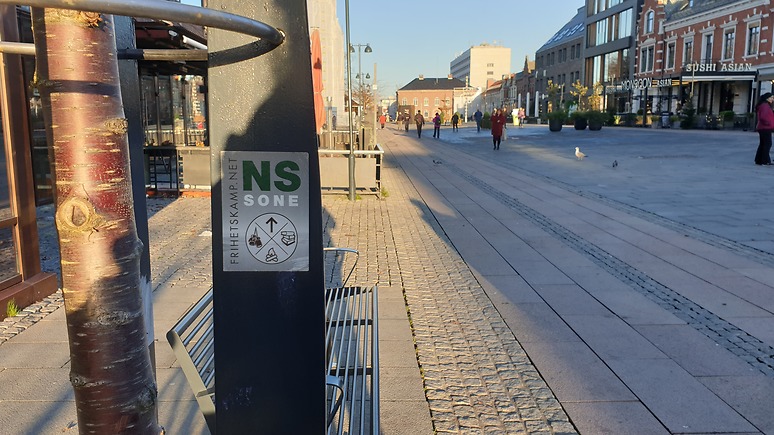 Nest 1 members brightened up the streets of Halden with a number of stickers.

Nest 4 put up posters and stickers in Trondheim.

Sympathisers of the Nordic Resistance Movement planted a Tyr rune flag under the northern lights in Nuuk, Greenland.

Members distributed stickers and leaflets in the Reykjavik area over the last two weeks. Multiple places in the city centre were covered, along with the suburbs of Breiðholt, Grafarvogur and Árbær.

Activism across the country

Many stickers and leaflets were distributed across Iceland via Route 1 over the last two weeks.