ACTIVISM. On Sunday 1 March, activists from the Nordic Resistance Movement held an activity against the bank Sparbanken Syd, which closed down Freddy Nerman’s bank account following a fundraiser to help him recover from the suspected arson of his house. 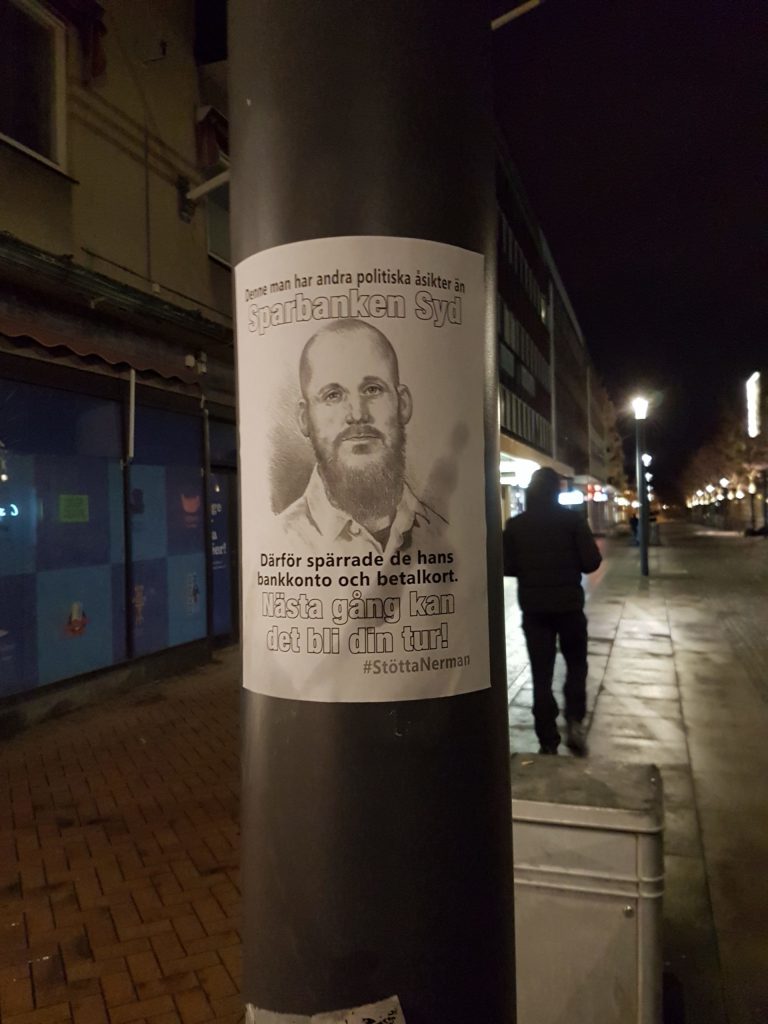 The closure of Nerman’s account didn’t just stop the Swish collection that was started for him but also made it impossible for him to access his own money to buy necessities like food and clothes. Sparbanken Syd has also behaved very poorly since the closure and has made it difficult for Freddy to find out why his account was shut down.

In response to the bank’s hostile actions, the Nordic Resistance Movement conducted a propaganda activity on Sunday night at several of Sparbanken Syd’s offices in order to raise public awareness of their behaviour. The activism took place in Malmö, Lomma, Kivik, Simrishamn and Kristianstad.

Despite the bank’s actions, nationalist solidarity triumphed. The collection continued in another activist’s name, and over 100,000 kronor was raised for Freddy. 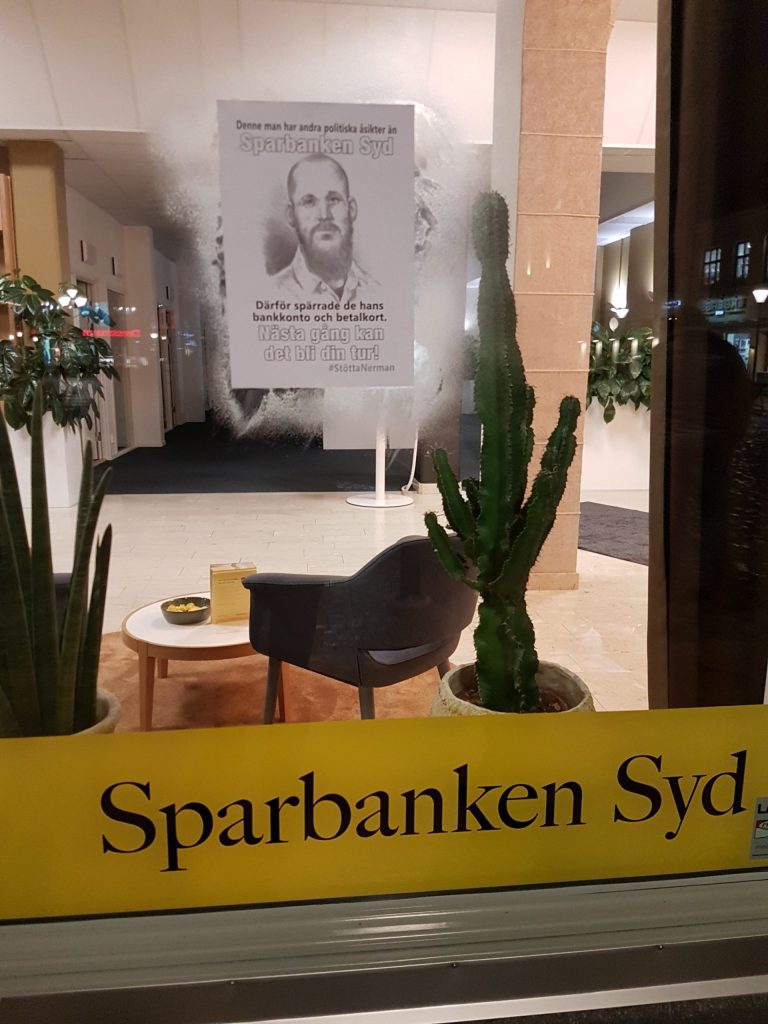 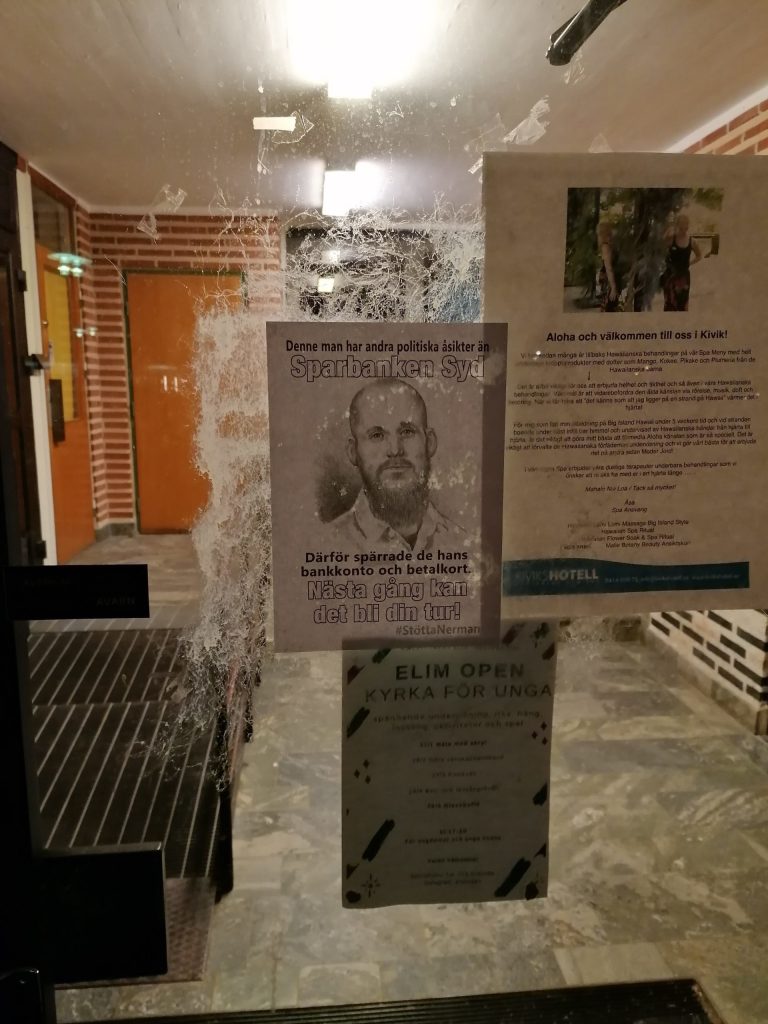 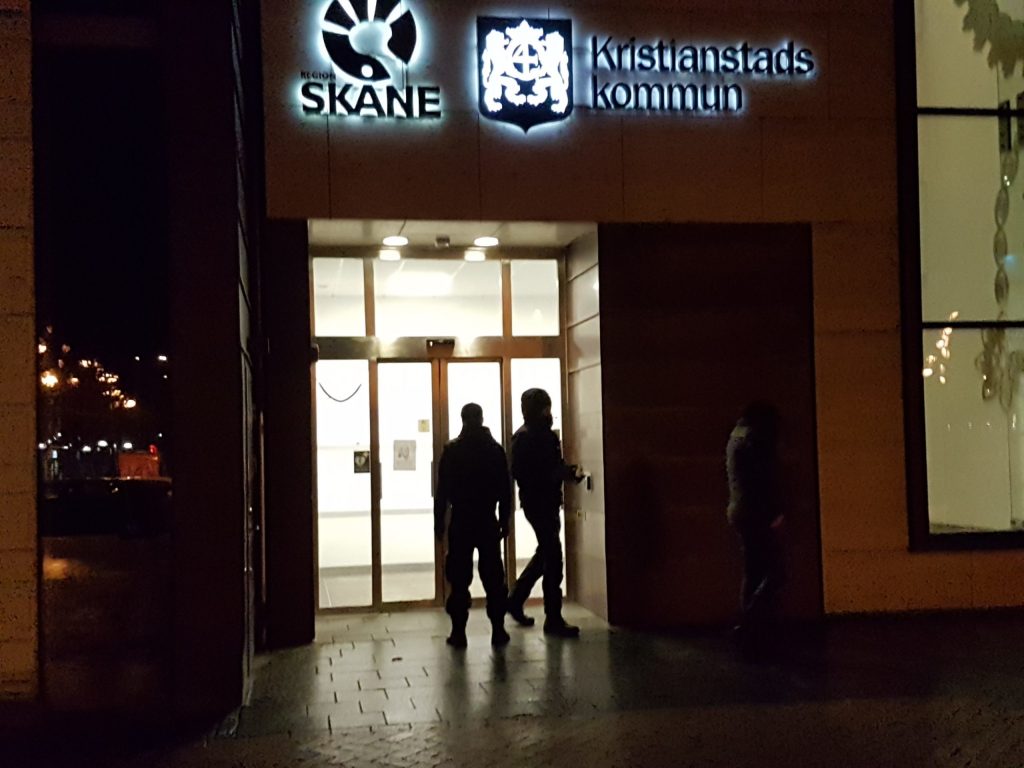