IDEOLOGY. Are our detractors right when they claim our soup kitchens for disadvantaged Swedes are a “PR trick”? Are such tactics populism? Fredrik Vejdeland responds. 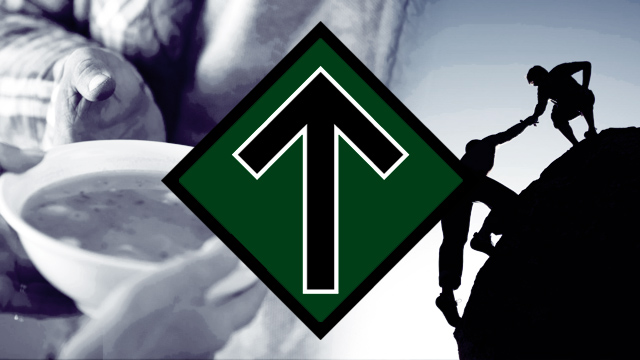 Last weekend the Nordic Resistance Movement organised a soup kitchen for vulnerable Swedes in Gothenburg. The event caused a great deal of consternation to the establishment media and liberal keyboard warriors, both of whom had a hard time figuring out their response. After all, this kind of community outreach activity doesn’t exactly fit their idea of “Nazism”.

The media’s solution was to attack us ad hominem, hoping to distract people from the real reason for our presence in Gothenburg and our charitable activities. Meanwhile the anti-white leftists took to social media to proclaim the soup kitchen as “populist” and a “PR trick”, something that even the Gothenburg Post and Gothenburg Times only hinted at.

Their argument was that the soup kitchen wasn’t genuine, as we are “Nazis”, and “Nazism” isn’t about helping people but “discriminating against them”. In their view, we are really just wolves in sheep’s clothing, pretending to care about vulnerable members of society. So what’s the reality?

National Socialism – the opposite of “Nazism”
The problem here is that “Nazism” is an artificial concept, constructed chiefly by Hollywood and the mass media. No real National Socialist has ever referred to himself as a “Nazi”, and, in truth, we are just as much as opposed to the media-created caricature as everyone else is. “Nazism” is a straw man, a fictitious term the media has defined for itself and which it attaches to anyone it wishes. In reality there are no “Nazis”, as Henrik Pihlström has previously explained.

Another aim of the term “Nazism”, besides causing instinctive negative reactions, is to conceal the “Socialist” part of “National Socialism”. If our political opponents were to describe us accurately, as National Socialists instead of just “Nazis”, it would be far more difficult for them to dismiss us out of hand. It would also be harder to convince the public that our soup kitchens are a “PR trick”.

The national community is fundamental to National Socialism
The soup kitchen wasn’t just a well-received relief effort; it was also an opportunity to highlight local politicians’ betrayal of their own people. The city of Gothenburg was recently given 90 million kroner by the EU and the Swedish state, which its leaders chose to spend on initiatives for “disadvantaged EU migrants”; that is to say, Romany gypsies. We therefore wanted to demonstrate how neglected Swedes have been failed by a state that has neither the capacity nor the will to help them. We were also able to expose the hypocrisy of the politicians and the media, who are all too happy to see money given exclusively to foreigners, yet are horrified by initiatives to help ethnic Swedes.

Organising a soup kitchen for those in need is much more than a simple charitable event, however; it’s National Socialism in practice. An important part of the socialist component of National Socialism is helping socially vulnerable people – of our race – and uniting the social classes towards a common goal. This is what is meant by the national community, and it is a fundamental part of the ideology. Interestingly, and somewhat appropriately, the very concept of a national community was coined by a Gothenburg professor, Rudolf Kjellén (who also introduced and defined the concept of National Socialism itself), in the early 1900s. It later became known as Volksgemeinschaft in National Socialist Germany.
The NSDAP first organised soup kitchens in the 1920s, and after coming to power they also established “Stew Sunday”. These initiatives later grew to become “Winter Aid for the People of Germany”, a state-financed charitable organisation that collected food, money and clothes for the needy and whose purpose was to “strengthen the German people’s social and national solidarity”.

National Socialist Germany impressed people the world over, including Swedish social democrats, who made research trips to the country to gain inspiration for the “folkhem”, or the Swedish welfare state. As well as Winter Aid, other notable feats achieved by the NSDAP included: providing jobs for five million unemployed Germans, ensuring workers were better paid than any others in Europe, introducing safeguards against unfair dismissals, forcing companies to conform to new health regulations at the workplace, and legalising new holiday requirements that were the most worker-friendly in the world.

With all this in mind, it’s absurd to state that Nordic Resistance Movement activists were being “populist” when they helped out vulnerable Swedes via socially responsible activism. The reality is that they were merely following old National Socialist traditions and practising their own ideology.

Only a National Socialist administration can help those in need
The Nordic Resistance Movement has certain criteria regarding how our soup kitchens and other such activities should be organised. For one thing, we have to be clear why we’re organising the event and make sure people know we’re the ones responsible for it. The activity must also be in line with the fundamental principles of National Socialism; we don’t engage in stunts just to try to look morally superior, like SJWs.

It’s also important that the activity highlights the system’s inability or unwillingness to help vulnerable people. This way we can expose the anti-white nature of the ruling elite, which prioritises foreign ethnic groups above our own. In Gothenburg this was easily done by referencing the 90 million kroner given to gypsies while homeless Swedes freeze and starve.

Through these soup kitchens and similar initiatives, we are able to demonstrate to those in need how we are different from the system. We also present an image of the kind of society we will build in the future. Even so, people should not be fooled into thinking that we’re able to fix all the problems of modern-day Sweden. If that’s the case, we haven’t gotten our message across properly. The present state of affairs are the result of the rotten system we live in, and such serious societal problems will not be solved as long as that system remains intact.

The soup kitchens organised by the NSDAP in 1920s Germany didn’t result in any lasting change for the impoverished citizenry. It was only in 1933, when the Party took power, that real progress could be made. In other words, only when a traitorous regime is defeated can a new society, built on the concept of a national community, rise from the ruins. 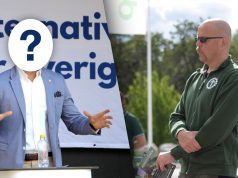 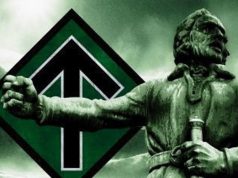 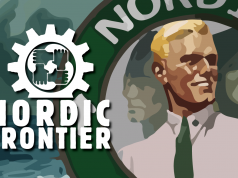 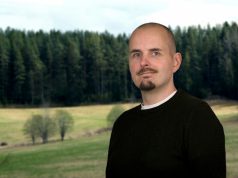