ACTIVISM. On the National Day of Sweden, activists from Nest 3 were in Kristianstad to spread the message of the Nordic Resistance Movement. The activity was very successful, with many conversations taking place with people pleased to receive our message. A lot of passers-by also took photos with our flag bearers. 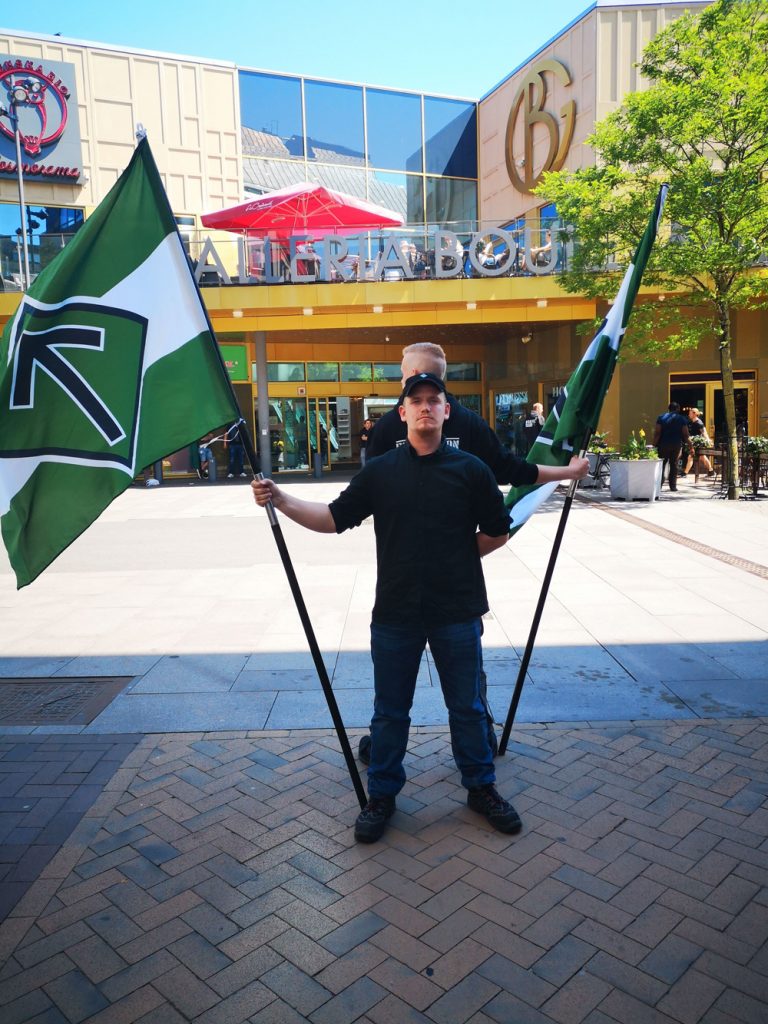 After leafleting for a while, the activists moved to Tivoli Park, where the National Day celebrations were taking place. There they saw a small band of LGBTQ-certified soldiers who, according to many people in the park, were nowhere near as disciplined and upstanding as the Resistance men.

A little while later the activism came to an end and the activists headed home after another successful activity under the sign of the Tyr rune. 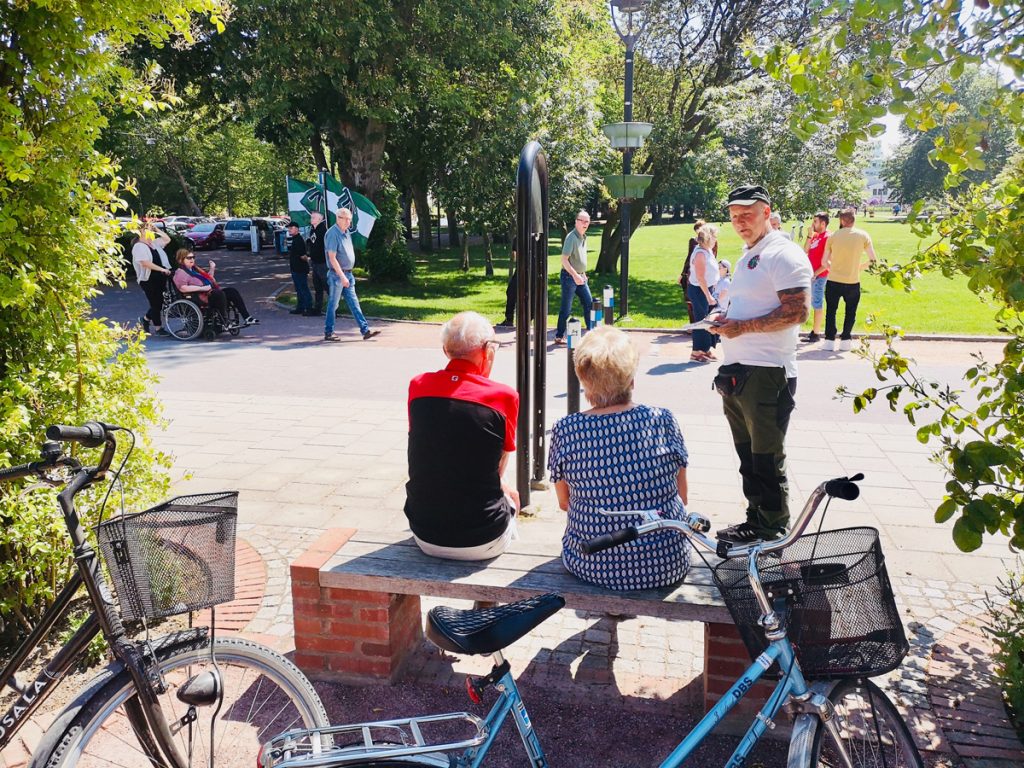 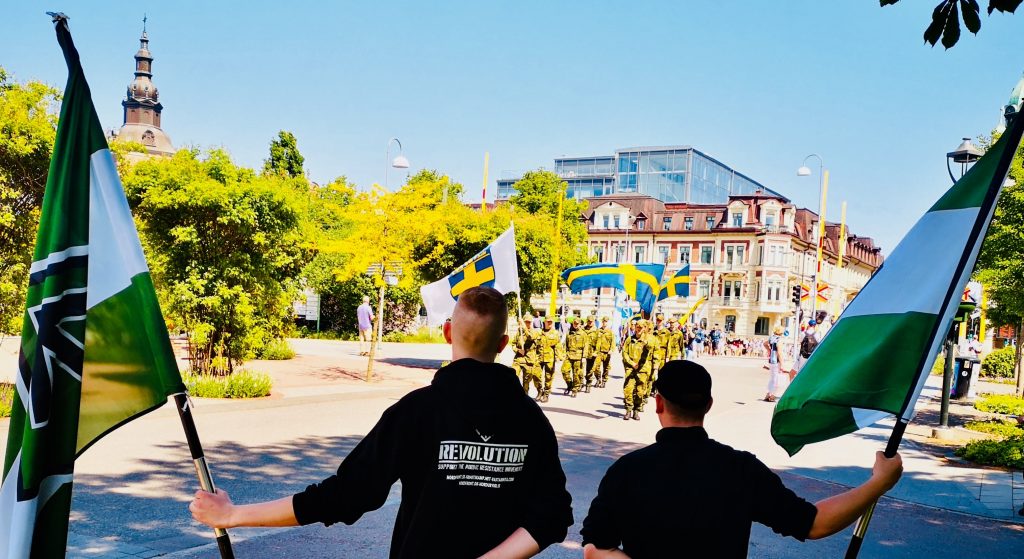 Pär Öberg - November 15, 2016
0
OPINION. Pär Öberg comments on the term “Nazi” and explains why it’s incorrect to use it to describe the Nordic Resistance Movement’s ideology. A while...