ACTIVISM. On Saturday, 25 September, Sweden’s Nest 7 created a great commotion in Sävsjö with a public activity. 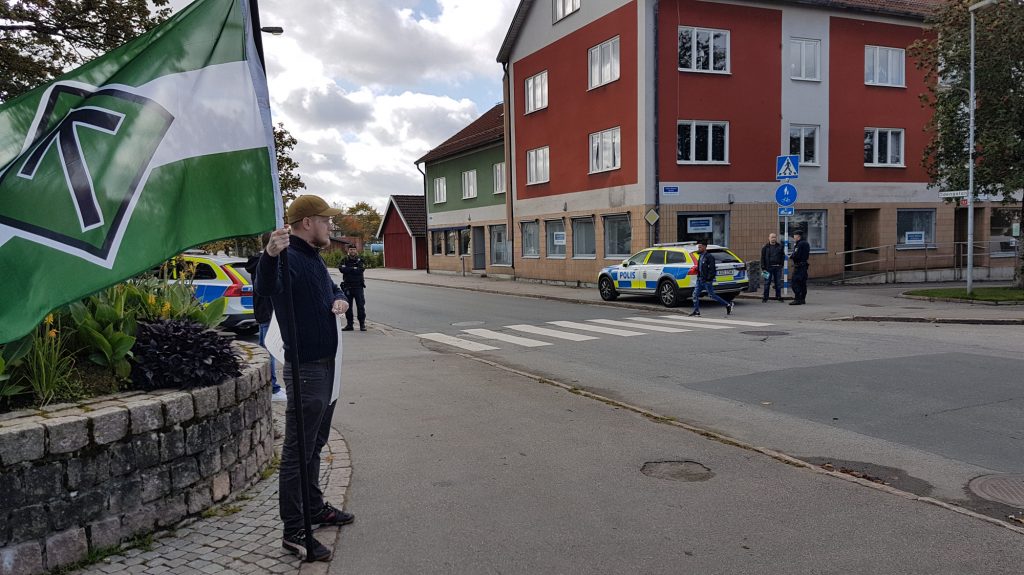 In order to show the people of Sävsjö that they do not have to live in fear of the politicians’ threats and persecution, Nest 7 visited central Sävsjö to conduct a public banner activity. Many happy and interested local people came forward to ask questions and express their support. Among them was a bus driver who told the activists about his daily experiences with multiculturalism, as well as a young nationalist man who came over to shake hands. Overall, the people did not seem to have fallen for the politicians’ scare tactics.

One exception was an aggressive and pathologically angry racial alien, who approached the Resistance men to initiate a confrontation. After assuring the activists that this would be the last activity they conducted, he rang the police to tell them that the Resistance Movement were in Sävsjö, which he was fully convinced was illegal. Following the conversation with the police, he stood and yelled about how he was going to attack the Resistance men, which caused some passing locals to try in vain to calm him down. He subsequently approached again to photograph the Resistance fighters intrusively with a murderous look in his eyes. After he was removed from the activists’ private sphere, the formerly tough-talking racial stranger rang the police again to cry about having been assaulted. The activists remained in the location for a while before making their way to another more central place in Sävsjö, with the troublemaker following close behind, reporting their every step to the police on the phone. 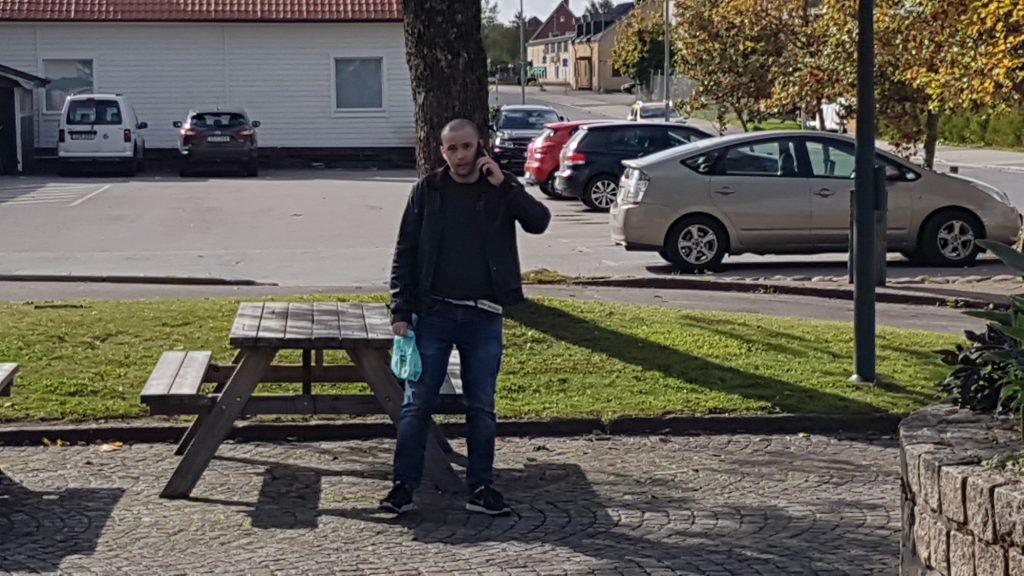 After the activists had stood and talked for a while with some supporters, the police showed up to check on the situation. When they found that everything was calm, they spent the rest of the time attempting to calm down the frenzied racial alien, while he frantically tried to persuade the police to arrest the Resistance men. The activists told the police about the racial alien’s deranged behaviour, and the police appeared to agree with them. 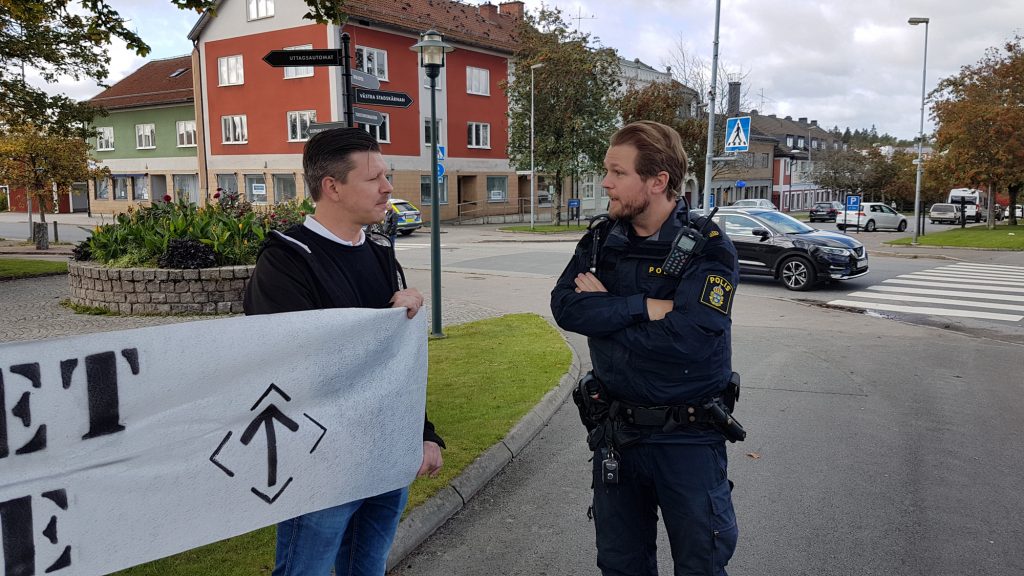 The day’s activity also became a hot topic of conversation on Facebook, when the troublemaker decided to warn the community about the Resistance Movement’s activity in an informational group about local crimes in Sävsjö. However, he was only met with opposition from the group’s members, who understood that the activity had nothing to do with crime.

When the activists had stood with the banner until the appointed time, they were able to end the activity without anyone being arrested, much to the annoyance of the racial alien, and likely also to Stefan Gustafsson. It turns out that it is completely legal to conduct National Socialist activism in Sävsjö Municipality, regardless of what traitors or mentally unstable vagrants have to say about the matter.

To all sympathisers in Sävsjö: You are many! Do not be afraid of politicians’ persecution. Send in an application and resist! 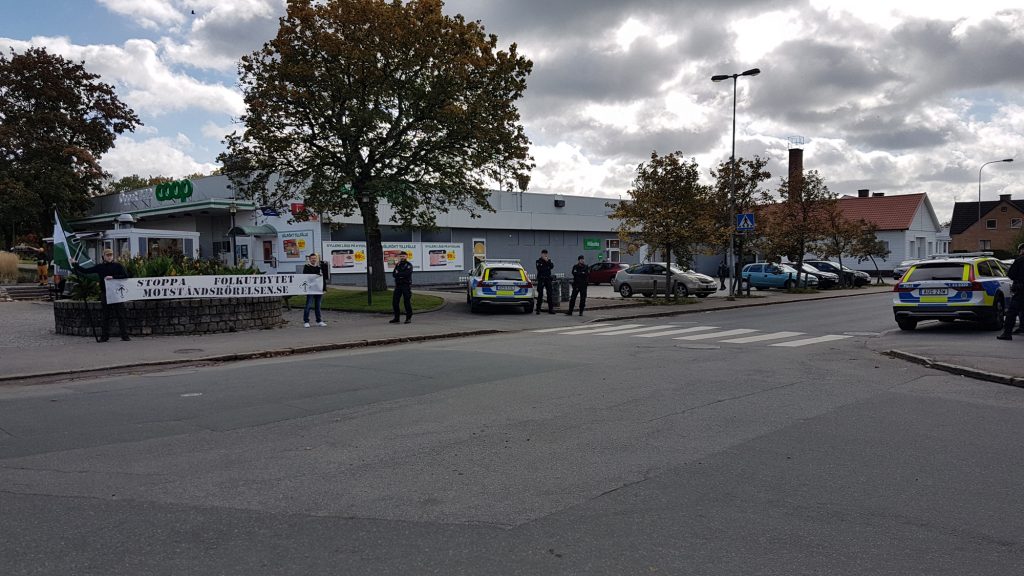