RESISTANCE MOVEMENT. The historic first Resistance Days took place in Värmland, western Sweden, at the weekend. It was an intensive two days of training and announcements.

On the first weekend in February, the Nordic Resistance Movement held the first edition of its Resistance Days event. Resistance Days is one of the products of last year’s membership reform and involves comrades from the organisation’s activist division gathering to receive training especially suited to their activities.

The meeting was held in Värmland and began on Saturday morning with Sebastian Elofsson and Simon Lindberg bidding everyone welcome and going over practical matters as well as explaining the purpose of Resistance Days. Next the training began with a lecture by Martin Engelin entitled “Tactical Training for Officials”, which explained how activists should plan activities, how they should act during activities and what needs to be done after an activity. 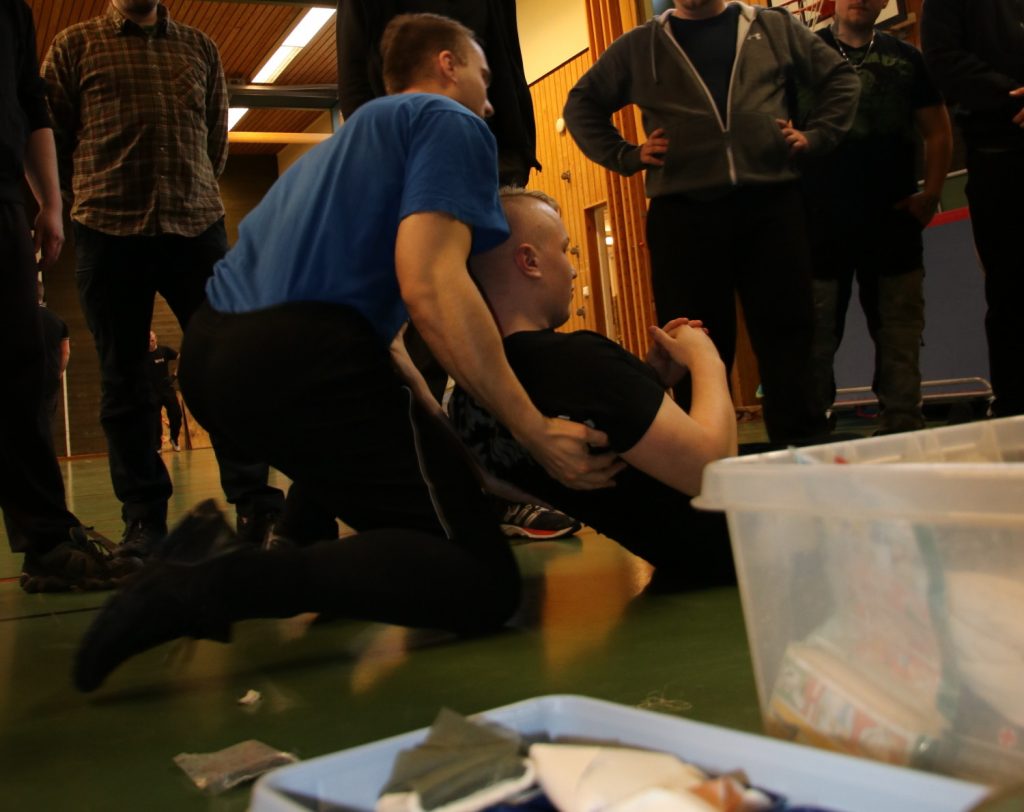 The next item on the agenda saw the participants divided up into three groups that took turns visiting three stations where they practised various techniques for transporting and bandaging injured comrades. 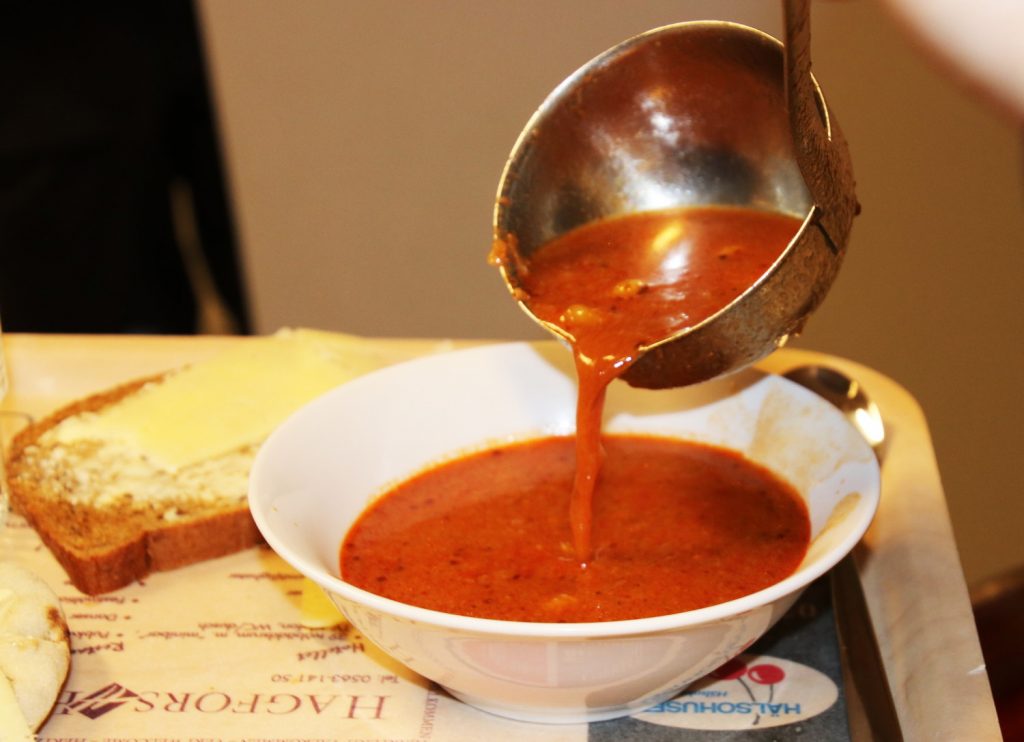 This newly acquired knowledge was then digested over lunch before the day’s next major highlight: dodge ball. The intense game lasted a couple of hours and despite tender bodies and some mild injuries, the activists enjoyed every moment of it. 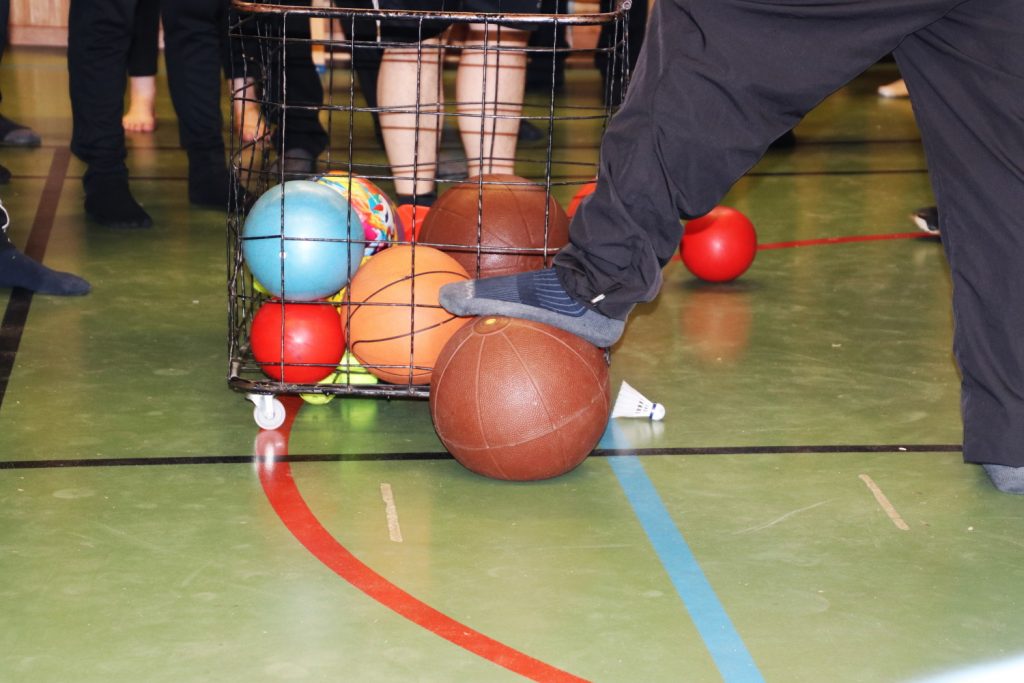 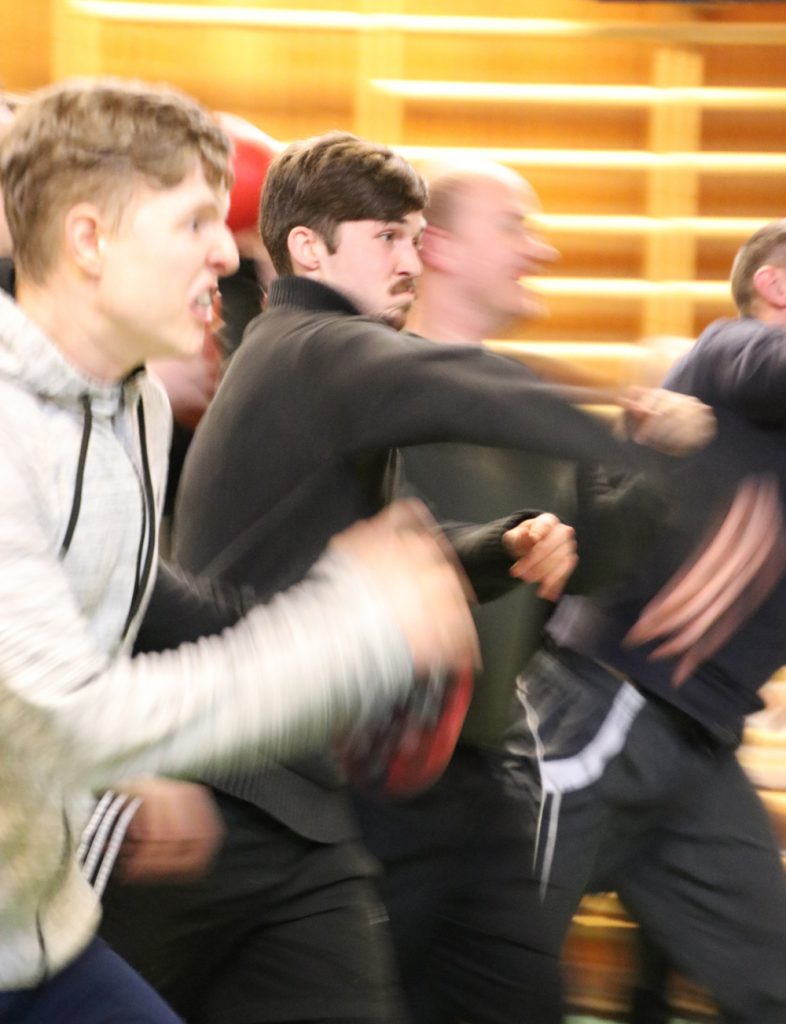 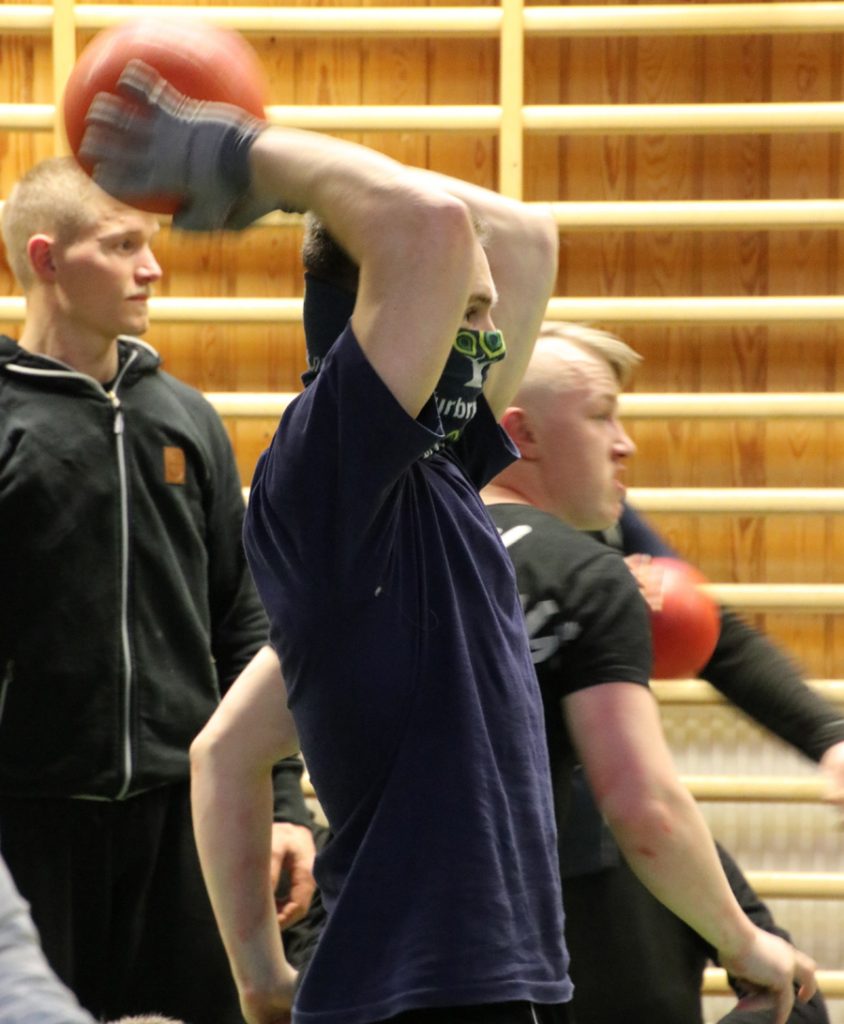 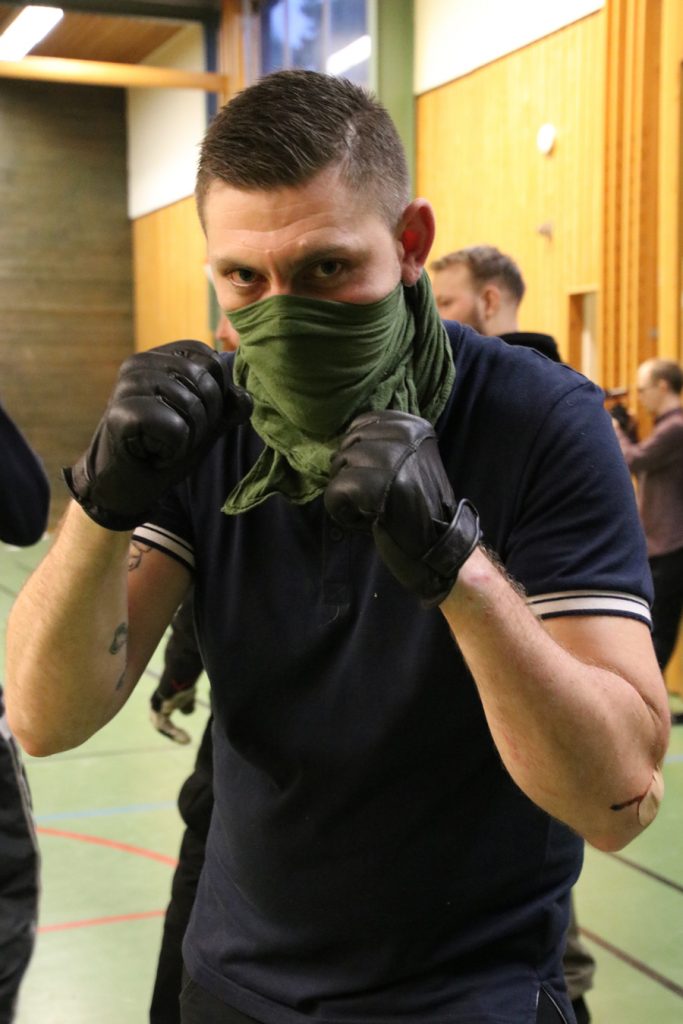 After everyone had eaten dinner, it was time for the appointment of activists and the awarding of honorary distinctions by the organisation’s leader. A lecture was then given about law before Simon Lindberg spoke about optics (how the Resistance Movement wants to appear in the eyes of the public).

In his talk, Simon repeated the point he made in a speech at last year’s Nordic Days, when he emphasised that self-sacrifice and beauty through action are more important than mere superficial beauty. However, Simon stated that it’s still important to consider how we present ourselves and act in different situations. The lecture subsequently went into detail regarding various factors that affect how well an action is received. 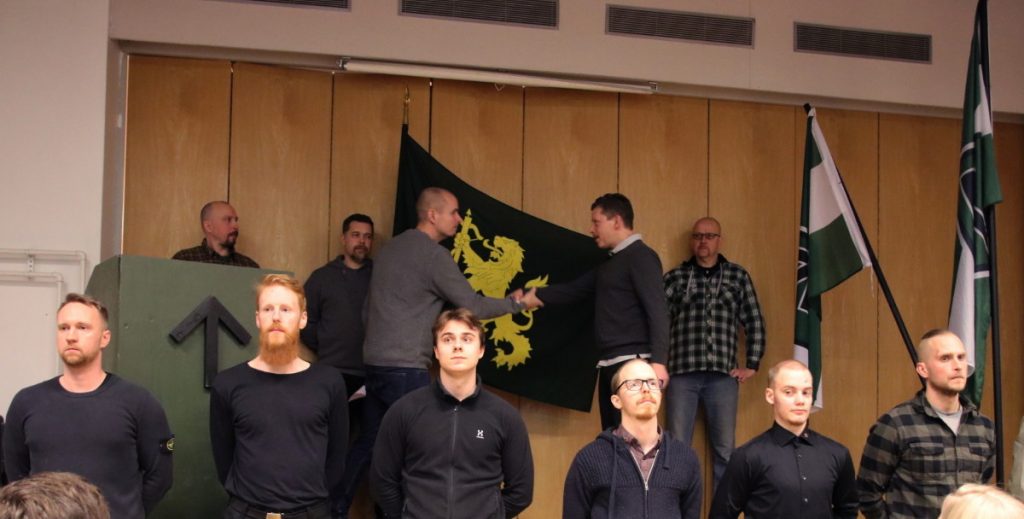 The last item on the agenda saw Robert Eklund from the organisation’s national leadership speak briefly about a Linux project before listing departments of the Resistance Movement that are seeking personnel for certain duties. Not long after Robert started speaking, the sound of breaking glass was heard from the nearby car park. The activists rushed out of the venue’s door only to be disappointed at being met by a large loudspeaker and comrades LARPing as left-wing extremists, rather than actual reds. 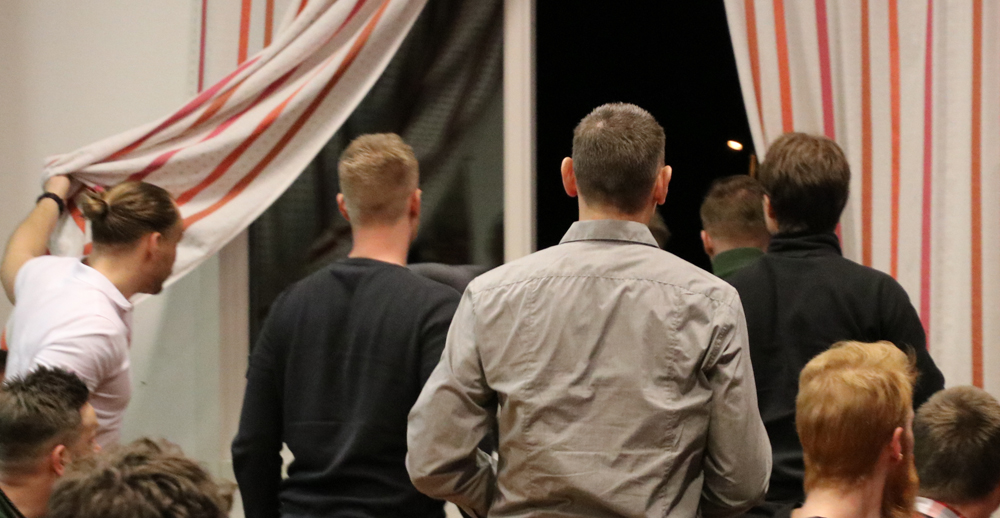 The conclusion of Eklund’s presentation marked the end of Saturday’s activities, but many comrades stayed up into the small hours to socialise and discuss various projects.

Sunday began with breakfast, followed by a lecture by Fredrik Vejdeland from the national leadership. Fredrik spoke about “Other Activism”, that is, activism that is innovative and not regular basic activism or the usual public leaflet distributions. In his speech, Fredrik listed several types of creative activism he would like to see more of: retaliation activism, symbolic actions, social actions, troll activities and more. The lecture concluded with an open discussion about the subject. 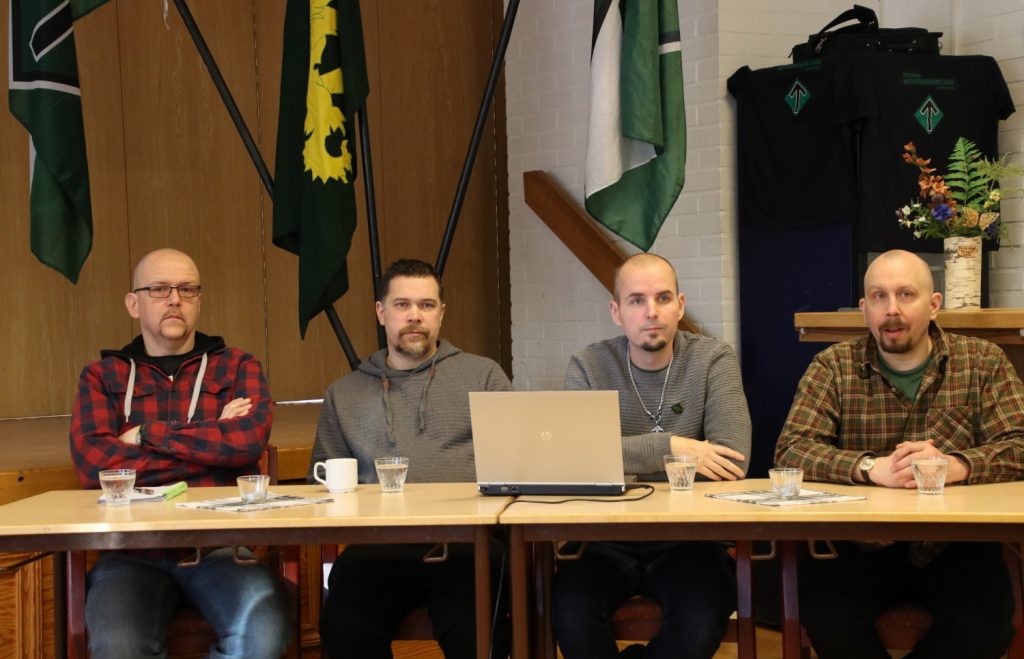 For the last point on the day’s agenda, the national leadership held a joint presentation in which they gave three major announcements followed by an open Q&A session for activists to ask questions to the leadership.

With new knowledge and a strengthened will to fight, the Nordic Resistance Movement’s activists now look forward to the newly begun year of struggle!