ORGANISATION DAYS. “Victory in the election” was the slogan at this year’s edition of Organisation Days, which was held in Småland, Sweden. Education, speeches and boxing matches were some of the features on the schedule during the packed weekend. 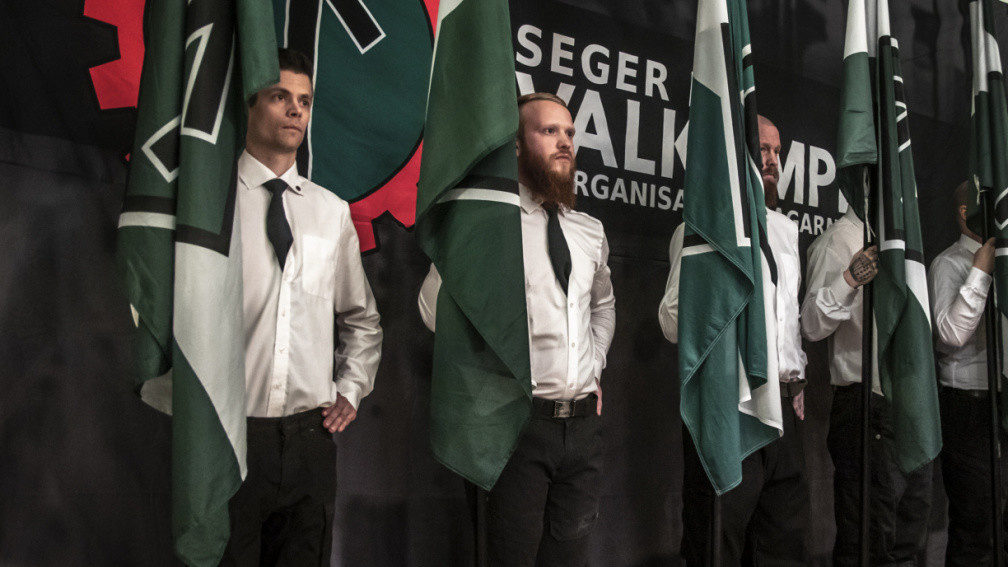 On the second weekend in November, Sweden’s Nest 7 organised the Nordic Resistance Movement’s annual Organisation Days event. The programme this year differed somewhat from previous editions, as it would focus more on the personal knowledge of individual members.

Upon arrival at the venue, the participants were welcomed by the compere and Nest Chief Hampus Maijala, who went over the rules and plan for the weekend, before the Nordic Resistance Movement’s leader Simon Lindberg was welcomed to the stage to give a speech.

Lindberg explained the slogan for the weekend – “Victory in the election” – and stated in advance that the Nordic Resistance Movement will be victorious in the 2022 election, regardless of how many votes we get or do not get, or whether we stand for election or not – the organisation will be seen and heard, spread its ideas, recruit new members, and thus be victorious. He also spoke about laziness and defeatism, the reasons why some people end up in these unfortunate states, as well as how some justify their betrayal of former comrades with excuses and equivocations when leaving the organisation.

Next, National Council member Fredrik Vejdeland gave a lecture about the importance of the organisation having a strong presence on the internet and social media. He explained that a balance between a physical presence on the streets and representation on the internet is required for the Resistance Movement to attain its goals, both in the short and long term.

After lunch was served, the next item on the agenda was a selection of specialist training workshops. Here, the participants could choose from a range of various subjects to learn about, with everyone having the opportunity to be taught the fundamentals of two different subjects of their choice. These included photo editing, news reporting, accounting, abseiling and a more general lecture on self-improvement.

Later, a delicious dinner was served, followed by an opportunity for socialising. Then it was time for all the Nest Chiefs to give their reports on the Nests’ activities from the past year.

The next man to take to the stage was Andreas Holmvall, who spoke about his awakening and his work within the organisation, as well as his media and propaganda work.

The final speech of the day came from Sebastian Elofsson. Elofsson detailed his view on loyalty and devotion to duty, honour in continuing to fight despite being at a major disadvantage, and the pride in never giving up. He also gave a thorough explanation of the differences between National Socialism and liberal democracy, and described how National Socialism distinguishes itself from Marxism and outshines it in all respects.

After the speech, there was only one item left on the schedule for Saturday – the presentation of various distinctions to deserving recipients, amidst resounding applause. Among the awardees were some of the responsible publishers for the Resistance Movement’s websites who have been convicted for thought crimes. Tired, but motivated, the participants then headed to bed.

An early wake-up call awaited the attendees on Sunday, before they were immediately ordered outside to perform some morning exercises. Instead of the relatively simple 5-10 minute warm-up people generally associate with such exercises, a rather tough training session lasting approximately 30 minutes was held. In order to make it extra challenging and invigorating, all the men had to perform it bare-chested.

A long-awaited breakfast was then served, before the Resistance Movement’s national leadership informed the attendees about various goals for the organisation, as well as revealing some news ahead of the coming year.

The final event of the weekend was a boxing tournament, which proved to be the highlight for many of the participants. The matches were tough, and very even on several occasions. Ultimately, the competition was won by Pär Sjögren, with Cedric Höglund and Martin Saxlind in second and third place, respectively. 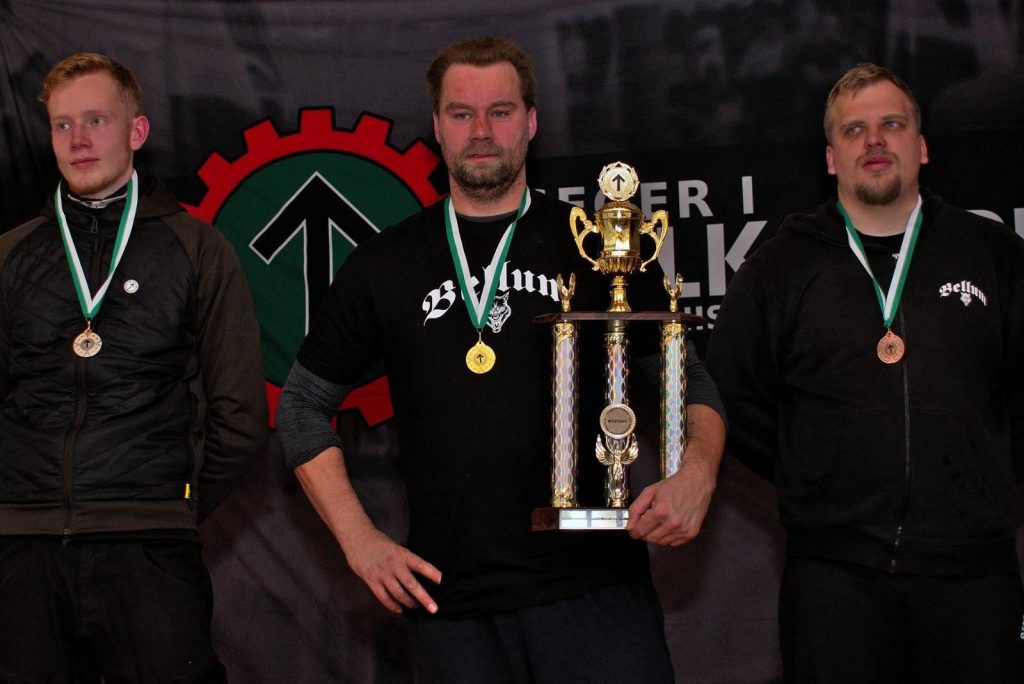 With the weekend over, the Nordic Resistance Movement will head into the rest of 2021 and the New Year fully prepared for the activism that awaits – and for victory in the election campaign!